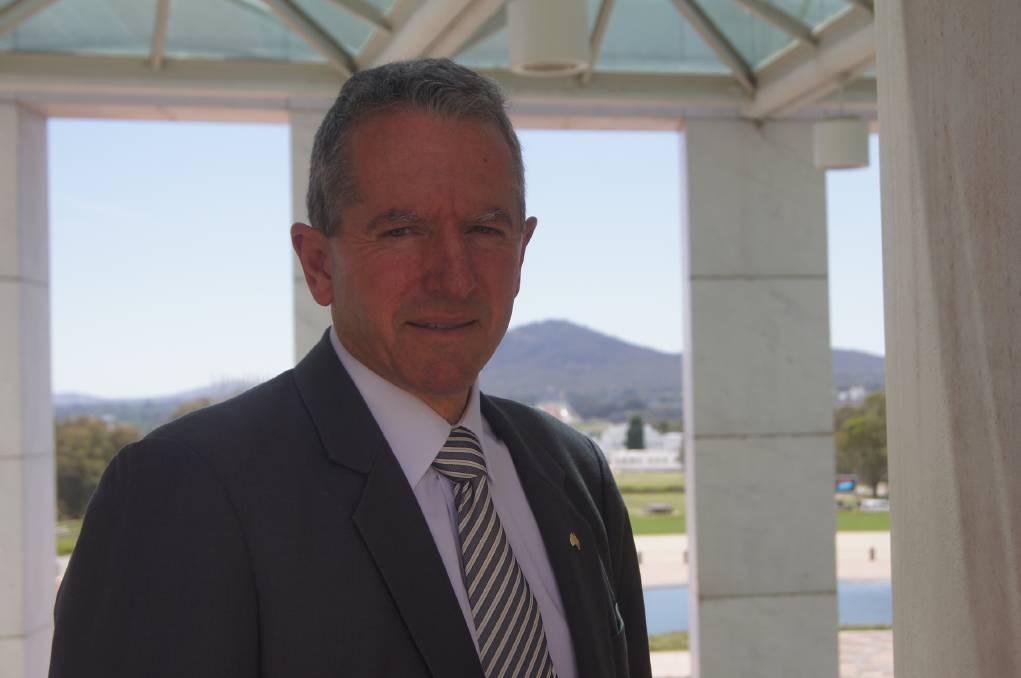 WA Nationals MP - a former party a leader and state Agriculture Minister - Terry Redman, during a recent delegation to Canberra.

THE federal government has come under renewed external pressure to settle the multi-million dollar class action claim over the 2011 snap ban on trade to Indonesia.

THE federal government has come under renewed external pressure to settle the multi-million dollar class action claim being pursued by cattle producers and the live export industry to recoup losses caused by the 2011 snap ban on trade to Indonesia.

It comes amid revelations an outcome on the industry’s legal push has been delayed for at least another year, with expectations a ruling would be made late last year.

The landmark legal case was initially heard with evidence presented over two weeks in the Federal Court in Sydney, before Justice Steven Rares, in July 2017.

Lead litigants the Brett Cattle company of Waterloo Station, Northern Territory, are spearheading the case to try to prove misfeasance against the federal government and reclaim about $600 million in estimated losses.

The Australian Farmers Fighting Fund is backing the claim financially, which was initially filed in the Federal Court in October 2014 with then Prime Minister Tony Abbott saying at the time his government would act as “model litigants”.

However, persistent efforts by Minter Ellison lawyers representing industry to try to settle with the government, without the case going to trial, have proven futile to date.

But a recent change in the federal Attorney General’s position within the Coalition with WA Liberal MP Christian Porter replacing George Brandis after his retirement and following a subsequent cabinet re-shuffle late last year has also changed the dynamics.

The misfeasance case is focussed on a decision in mid-2011 made by former Agriculture Minister Joe Ludwig - or what’s become known as the ‘second control order’ - to suspend trade to Indonesia for up to six months following unprecedented public backlash aimed at the then federal Labor government over animal welfare concerns in abattoirs in that market, raised via ABC Four Corners.

WA Nationals MP Terry Redman was the state’s Agriculture Minister at the time the trade was shut down controversially and said after almost seven years “I absolutely think they need to settle the claim”.

“It’ll be a weeping sore until it’s resolved,” he said.

“If you got back to that time, and it’s a little while ago now in 2011, a number of people in my view went to the wall on the back of that decision because of a lack of cash flow.

“Whilst the industry seems to be going quite well on the back of good prices now, it doesn’t take away the issues that emerged at that time, so it seems only reasonable that there should be some sort of resolution in the short (term), rather than the long term.

“I’m not sure what’s holding up the process, other than I think it’s really important to get an outcome soon.

“Whilst these things sit in limbo they are unresolved issues that only keep tension in the mix (but) we need to get that behind us and a resolution and an outcome, whichever way that goes, is probably the most important issue.

“I would probably advocate that they do have a case, on the back of what was the Labor government’s decision of the day and a decision they made ‘off the hip’ which significantly affected people and one that I’m sure they’d re-write if they went back and had another go at it.

“Therefore it’s incumbent on the federal government to get a resolution on this issue.”

Mr Redman said Mr Porter - a former Attorney General and Treasurer in the WA state government, before he entered federal politics in 2013 - was now a central player in progressing the cattle industry’s claim.

“Christian as well as anyone else in this role will want to see resolution of these issues,” he said.

“No one wants to see it carry on and I’m sure Christian is of that view.

“I haven’t followed it closely enough to know what’s holding the case up but I know progressing to a resolution is important.”

Former Northern Territory Cattleman’s Association CEO Tracey Hayes is the industry’s spokesperson for the legal claim and said there had been a change in Attorney General within the government which may bring about a “different perspective”.

“We’re still very confident in the way the case is progressing and the direction we’re heading but it’s still an expensive process,” she said.

“We’re very grateful for the funding that’s been afforded to the case by the Australian Farmers Fighting Fund and we’re also conscious of the time and costs involved.

“It has always been our preference to come to the table and negotiate a way out of this but we’ll see it right through to the end.”

Ms Hayes said industry was “committed to working through the process” and additional legal requirements had extended the legal case by at least another year which was “frustrating in many ways”.

“We felt there’d be a resolution for those impacted by the ban, by now,” she said.

“It’s hard for those members of the class action to see that we’re going to have to continue this fight for at least another 12 months and it has always been our preference that the government come to the table and negotiate a way out of this.”

Ms Hayes said the legal case was now investigating what was called a ‘counterfactual’ which related to the quantum discussion, or assessment and calculation of the actual losses incurred due to the then government’s suspension decision.

“It’s a hypothetical scenario that you flesh out and it’s an evidence based process where once we get to the quantum argument we’ll be able to say the losses that occurred were not a result of the introduction of ESCAS (Exporter Supply Chain Assurance System)” she said.

“We’ve got supporting evidence that says there was appropriate supply chain capacity and there were compliant supply chains with OIE regulations operating (in Indonesia at the time).

“We’re working through that process now and we’ve been back to court and requested an extension of the discovery parameters and we’ve been successful in having that granted.

“Now we’ll have access to many, many more documents including for the (former) Prime Minister and Foreign Affairs Minister (and Trade Minister) so Julia Gillard, Kevin Rudd, Craig Emerson – departmental secretaries etc.

“It’s going to give us a lot more access to a lot more information over a longer period of time so the discovery dates now extend to quite a long period of time, post ban, which will reveal the machinations of government and what transpired after the decision was made.”

Ms Hayes said the extension would “hopefully assist” industry in proving the counterfactual; that the result in the reduction of live cattle trade to Indonesia was not as a result of the introduction of ESCAS.

“We’re pleased with the outcome of the discovery request and it has increased the work load and as a result the timelines we were working to, for an outcome on a liability judgment by December 2017, has now been pushed back, to the end of this year,” she said.

“We would see it as something that will assist us when we get to the quantum argument because if there’s a case put forward that argues the quantum was not as high, because losses were born due to the introduction of ESCAS, we’ll be going through a process seeking to prove otherwise.”

The quantum trial dates are scheduled to be held before Justice Stephen Rares for three weeks starting on December 3, 2018.

To succeed in our quantum claim, we must prove that loss was suffered by the Lead Applicant (Brett Cattle Company) as a result of the Ban.

Our task is to prove the live export market that would have existed but was 'lost' because of Minister Ludwig's invalid decision to suspend the live export trade to Indonesia (the Counterfactual).

His Honour commented at the Liability Hearing in July 2017 that the introduction of ESCAS following the re-opening of trade may have been the cause of the industry's inability to export cattle to Indonesia.

Thus any loss suffered by industry as a result of the inability to comply with ESCAS is loss emanating from ESCAS and not from the Ban (the second Counterfactual).

This outcome would significantly reduce the industry's loss, if it were upheld.

To counter this view, our position regarding the second Counterfactual is that the live export market that would have existed but for the ban, was that which would have been in place had the proposal taken to Cabinet by Minister Ludwig on June 6 2011 was accepted.

Ludwig's proposal (as proven in evidence in the Liability hearing) was that the live export trade would only be prohibited to those places where no OIE welfare system existed.

We are of the view that our evidence will prove that no material bottle neck existed in 2011 as there were several supply chains could have immediately met OIE requirements.

They made up a materials part of the trade.

Trade could therefore have continued to at least these supply chains.

In addition, these supply chains could have held cattle in the Indonesian feedlots for 120 days or more, while additional Indonesian abattoirs were upgraded to meet any 'ESCAS-like' assurance system.

Such a market would not have faced any limitation (or any limitation would have been minimal) in receiving Australian cattle up to or above the 2011 import quota.