Burke brothers, Greg and Chris, "The Kars" flock Yarrabandai, are the winners. 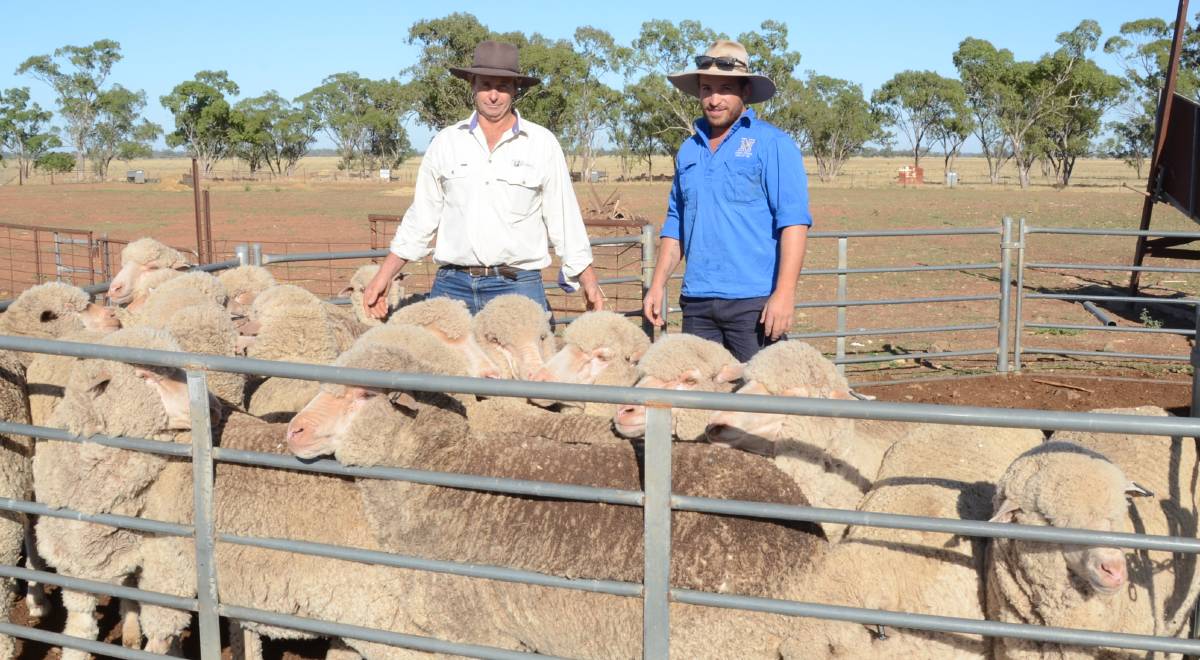 FOR production, most people would be proud to have these at home as a mob of commercial flock ewes, was how returning judge, Garry Kopp, described the winning flock of the 25th Ted Little Trundle Merino Ewe Competition on February 15.

Entered by Chris and Greg Burke, “The Kars”, Yarrabandai, their maiden ewes had first won the competition in 1997 and again in 2004 and were runners-up in 2015 and last year.

This year the Bundemar blood maidens classed by Tom Kirk, Condobolin, are growing 20 to 20.9 micron wool and came from a 110 per cent lambing in August to October. The 245 ewes displayed were the remainder of a 21pc classing out and were shorn in June-July.