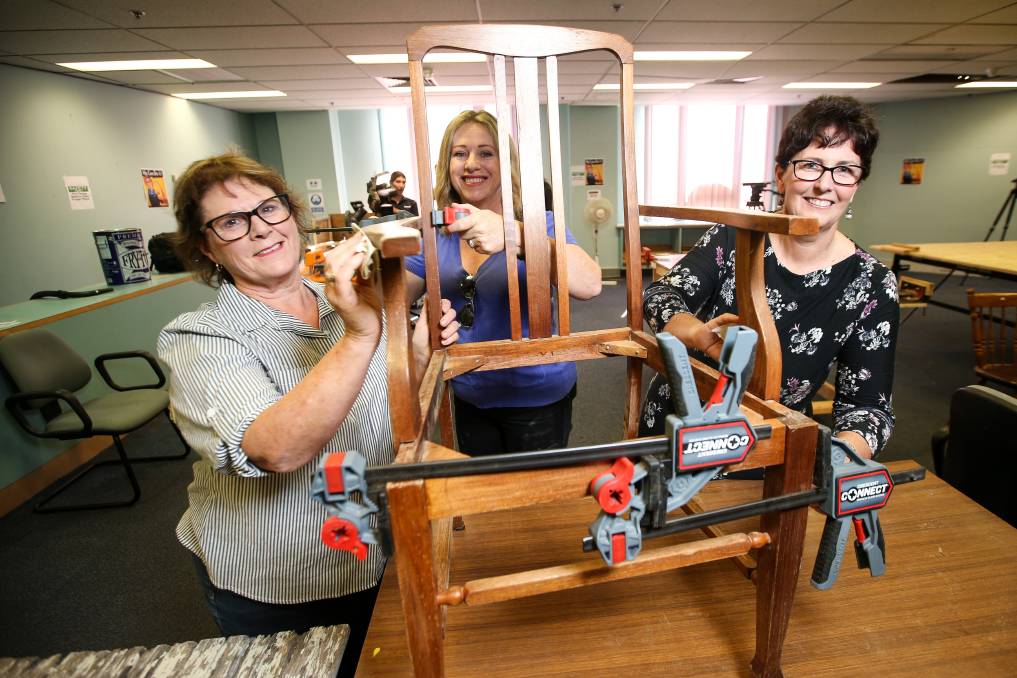 An ‘against the grain’ idea to take up woodworking later in life and two years of hard work came to fruition on Monday, when the Border’s first Women’s Shed officially opened.

In a flurry of sawdust and power-tools, the Albury Women’s Shed is described as “a bit like the CWA but with power tools”.

“For a lot of women, especially in my generation when you went to school you weren’t taught any of this, but now you find yourself needing to know,” she said.

“You can’t get a tradie out for every tiny job.”

“I think it’s really empowering for women, especially in that 50 to 60 demographic where you can be vulnerable,” she said.

“A lot of women that age find themselves alone and here they have support and find independence.

“For women who are a bit isolated you can find a group of friends which I think is important.”

The group officially opened at their temporary Smollett Street home on Monday, but will eventually take up permanent residence with the men’s shed.

Member Bev Noordewier started with the group so she could restore antiques.

“I had these lovely old bits and pieces but they were just sitting in my husband’s shed – I decided the only way anything was going to get done was if I did it myself,” she said.

Member for Farrer Sussan Ley donated $5000 for tools, while the group thanked patron Amanda Cohn and David Cunningham who taught them some basics.

The Women’s Shed runs three sessions a week from 10am to 1pm on Monday and Friday and from 5pm to 8pm on Wednesday at 567 Smollett Street, with everyone welcome.