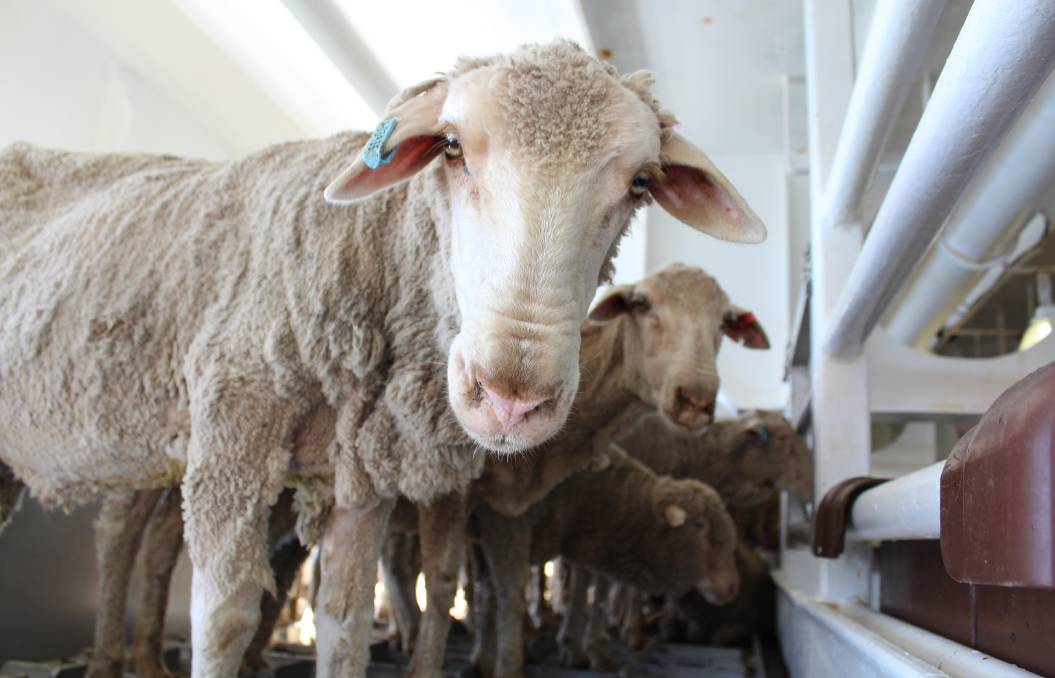 Sheep loaded yesterday on the Al Messilah at Fremantle, due to leave today and discharge at Kuwait and then Qatar. The exporter is Emanuel Exports, the importer and ship owner is Kuwait Livestock Transport and Trading.

AUSTRALIAN live exporters and farm lobby groups have been universal in their condemnation of the most recent live sheep export debacle.

Footage of sheep tightly penned on ships, panting and in obvious distress, and wallowing in their own waste, which aired on 60 Minutes earlier this month, were widely condemned by industry as abhorrent.

But for many farmers, the images were also deeply confusing.

Why would an industry, whose profitability is completely reliant on delivering animals alive and well to their destination, pen sheep at stocking rates that would would undoubtedly cause deaths?

For many sheep producers, the report on 60 Minutes raised many more questions than it answered but information around the context of the footage has been scant.

Over what time period did the sheep endure the conditions shown in the footage? Was it from the start to the finish of the voyage, for a period of a few hours or something in between?

Fairfax Media’s requests for an interview with the man who shot the footage, or for these questions to be passed on, have been denied.

Animals Australia (full statement below) says there were 320 files of vision from five voyages between May and October last year and “consistent across each shipment” was sheep “housed in over-crowded pens that prohibit animals from having the required adequate access to food, water and rest.”

There is little doubt the message that has reached the average Australian is this footage represents business as usual.

Western Australia Pastoralists and Graziers’ Association president and live sheep supplier Tony Seabrook, along with many other sheep producers, believes that is far from the truth.

Fairfax Media makes it clear there is no question of the authenticity of the footage shown on 60 minutes but rather producers are looking to ascertain the context of it.

Close examination of the Federal Government’s mortality investigation of the voyage that has come under the most scrutiny, Emanuel Exports’ Awassi Express August 2017 shipment, along with more information only just released by the exporter, finally starts to answer some of those questions.

It paints the picture of a well-managed voyage that ran into a freak natural disaster.

The death in one day of 880 head on this voyage, which left Fremantle headed for the Middle East, and it’s overall mortality level of 3.76 percent, has been repeatedly linked to the footage.

Mr Seabrook said producers believed there was “no way on earth those sheep would have been sent all that way under those conditions” and that something must have happened which had not yet been explained to the general public.

“We don’t condone what happened for a second and we were horrified to see that sort of footage but there was also this confusion and belief that not all the information was there,” he said.

“It is absolutely in the interests of the shipping company to have them travelling in the best conditions so what happened to create this horrific situation?”

Mr Seabrook said producers have also watched on as the ship was tested extensively in Fremantle and proved compliant within days.

“That told us there was not much was wrong with the ship,” he said.

“Clearly, there were unexplained exceptional circumstances that led to these awful losses.”

The Federal Government’s report, released in March, shows up until day 14 of that trip, the mortality rate was less than half a percent.

It said the sheep were prepared and transported in accordance with all regulations and the average daily feed intake was 1.6 kilograms per head, which is greater than requirements.

The peak in mortalities corresponded with extreme heat and humidity in Qatar, the government report said.

“Had the vessel made Kuwait the first port, as planned, and discharged a large portion of the consignment in the dry conditions there, then proceeded to Qatar with the remaining sheep now spread across the pens, the tragedy would have been avoided,” Mr Daws said.

Conditions in Qatar were an anomaly, he said. The following consignment of sheep to the Middle East using the same vessel, which did not experience this disaster, recorded a mortality rate of .52pc.

Indeed, with the exception of this voyage, the Awassi has an enviable record and many in the live trade business have told Fairfax it is a sought-after charter vessel. Of the 322,270 sheep it carried over five other voyages to the Gulf in 2017, a 99.42pc delivery success rate was achieved.

Analysis of monthly live sheep exports across the board by private firm Mecardo shows the trend has been for reduced mortality levels in the trade over time from 0.9pc in 2004 toward 0.7pc in 2017.

Further context to the footage comes in the form of recordings of just 11 ewes of 63,804 sheep loaded having lambs in transit.

Emanuels says it is possible these 11 were wrongly tagged as wethers at lamb marking and subsequently went through the pre-export process undetected.

Mr Daws argued any threat to restrict trade during the northern summer ignores the root cause of last year’s tragedy.

Does context change anything?

ANIMAL rights advocates say even if this footage is the result of a one-off disaster, that is the strongest of all the arguments for a ban of live trade.

If there is nothing Australian exporters and authorities can do to mitigate or prevent such horrendous freak circumstances, the only option is to pull out completely, they say.

RSPCA chief science and strategy officer Dr Bidda Jones said what the footage showed graphically, and what people still had not cottoned onto, was mortality is not the key indicator.

Sheep can be compromised and suffer but not die.

Secondly, she said, everything stems from stocking densities that are too high.

“We’ve argued the numbers are inappropriate for many years and what people are now seeing is the visual image of the legal stocking density,” she said.

The Australian standard for the export of livestock (ASEL) requires .308 of a square metre per head.

Since the footage aired, the Federal Government introduced special conditions, including a 17.5 pc reduction in loading volumes and the presence of an observer. 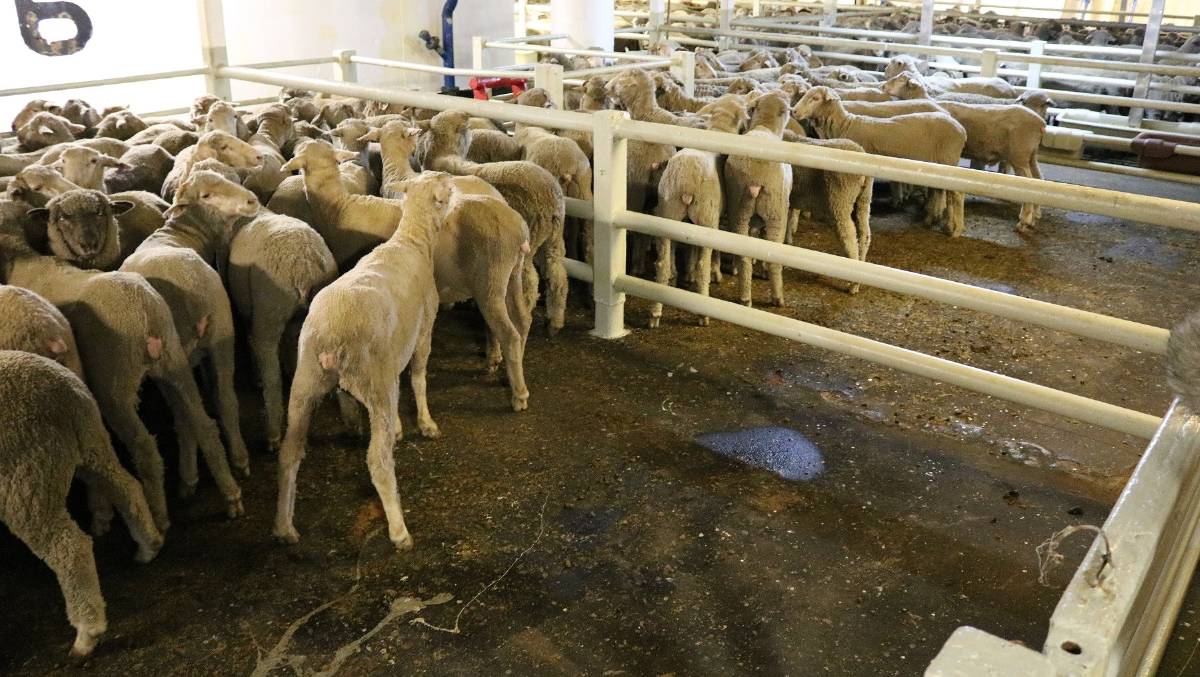 Sheep loaded yesterday on the Al Messilah at 17.5 per cent below standard stocking densities.

Emanuels has agreed readily, and also said it would employ extra stock crew.

Producers appear, however, to be comfortable with the standard, pointing out it’s far more generous than typical trucking and handling ratios.

The stocking densities shown in the 60 minutes footage, they say, do not represent that ratio.

Further, mortality rates of .7 to .9 pc are on par with what occurs in the paddock, they say.

Dr Jones said producers might be used to seeing that density when sheep are yarded up and think it’s ok but what they are not thinking is these sheep will be in those conditions for three to four weeks.

Her take on producers questioning the context of the hard-hitting footage: “People are trying to find excuses for something they don’t want to believe.”

There is a high degree of mistrust amongst producers for animal advocate groups but there is also some mistrust for exporters - the latter more so on the East Coast.

President of industry body Sheep Producers Australia, South Australia’s Allan Piggott said producers were waiting for the outcome of the independent ministerial review but in the meantime, understood both sides pushed evidence that suits their cause.

“Some producers, more so in the east, are questioning their involvement in live trade, based on what they saw,” Mr Piggott said.

“Most of the time the trade is very successful but that doesn’t excuse what we saw on television.

“We can’t ever use economics to justify cases of poor animal welfare. It always needs to be the higher priority.”

Commentators on the East Coast claim the sun is going down on the live sheep trade.

Some voices in the sheep production sector are starting to agree.

Even against a backdrop of substantive evidence the Awassi event was an outlier, they genuinely fear for the future of the business. 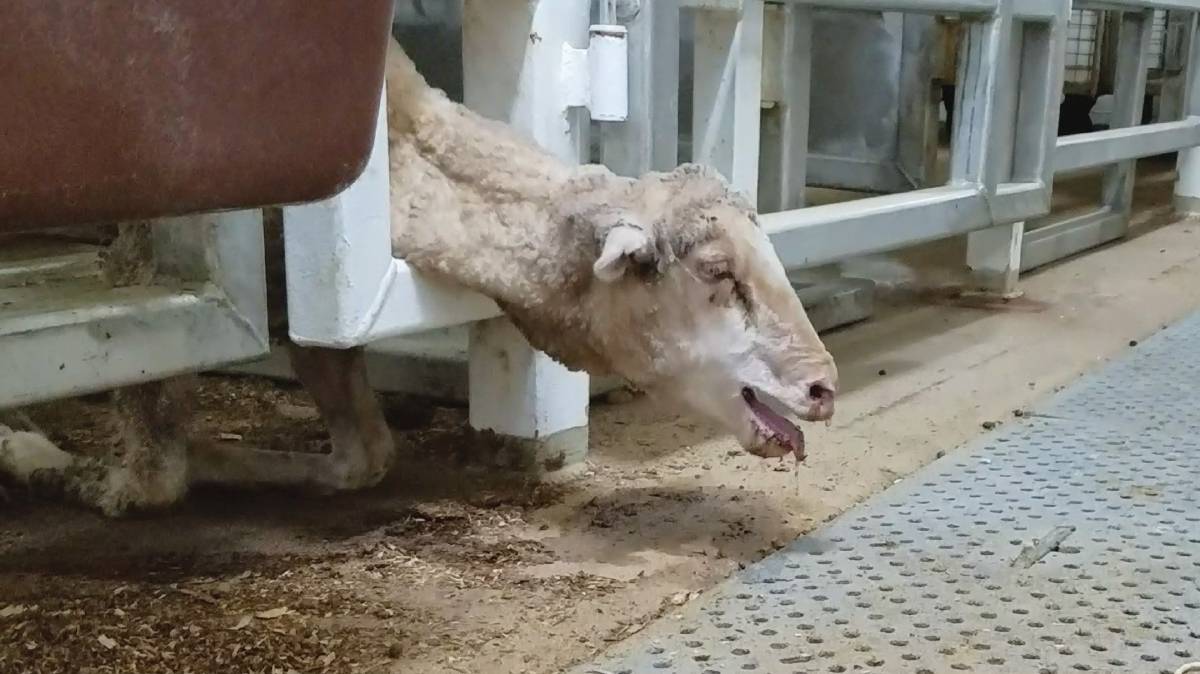 An image from the footage supplied to 60 Minutes. (Supplied to Fairfax Media by Animals Australia.)

There is an acute awareness the value of Australia’s live animal trade, which takes in food security in developing countries as much as it does economic sustainability for farmers, is no match for the emotional punch of footage of sheep on their knees panting in distress, even where context is provided.