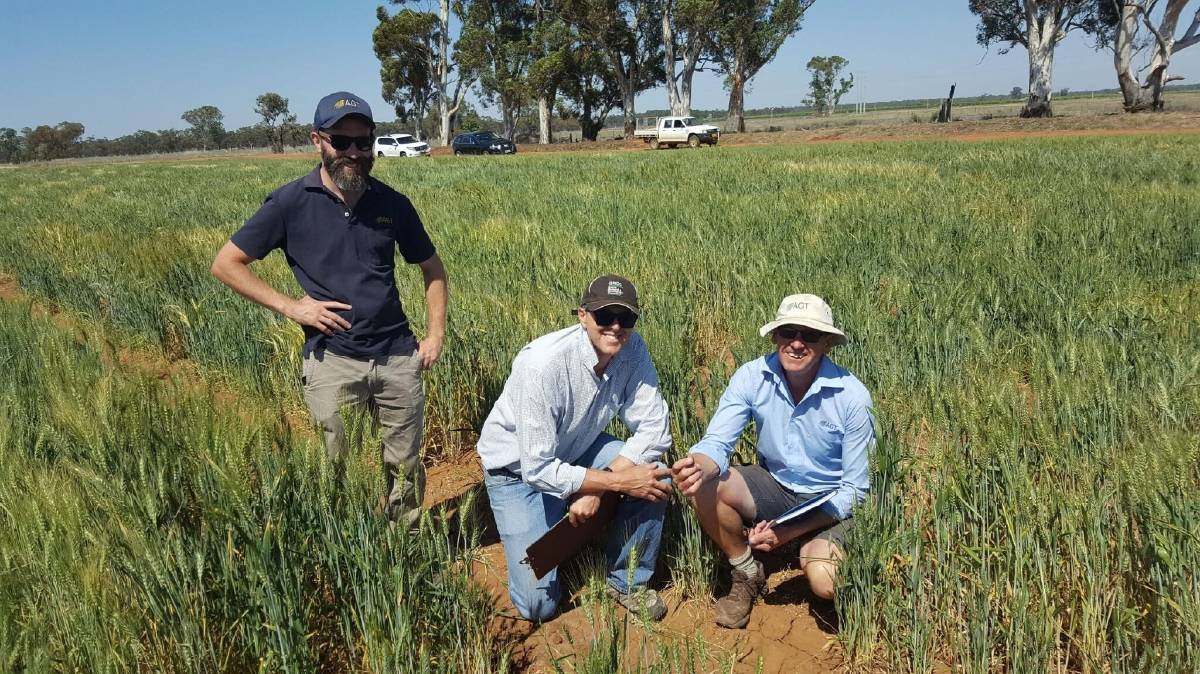 Growers are one step closer to accessing wheat varieties that can compete better against weeds, particularly herbicide resistant annual ryegrass.

Growers are one step closer to accessing wheat varieties that can compete better against weeds, particularly herbicide resistant annual ryegrass.

The first weed-competitive wheat lines were delivered to commercial breeders in April for preliminary yield and quality testing and, if successful, varieties may be available to growers within five years.

These have been developed as a part of Grains Research and Development Corporation (GRDC) investments to help growers protect wheat yields and reduce herbicide costs.

The cost to Australian agriculture from weeds is estimated at $4 billion annually in crop yield losses and seed contamination alone.

“Increasing herbicide resistance, together with no new modes of herbicide action, are contributing to a ‘perfect storm’ in grain growers’ ongoing battle against weeds,” Dr Rebetzke said.

“Wheat is particularly vulnerable, with the commonplace use of glyphosate as a chemical control of annual ryegrass.

“It is poor control of ryegrass that makes wheat the weakest link in weed management in Australian cereal rotations.

“The aim of this research is to assist the development of weed-competitive wheats that can be used as part of integrated weed management strategies, adding another option to the grower’s weed control toolbox.

“Currently there are few new herbicide technologies that will assist in managing weeds in wheat and dealing with herbicide resistance issues.

“However, along with the use of appropriate agronomic management practices, the adoption of harvest weed seed collection and destruction technologies - and the careful management of any future new chemistries to prolong their effective life - competitive wheats have the potential to help control weeds and reduce costs to growers.”

Researchers engaged closely with commercial breeders throughout the process to ensure the project delivered varieties that were the most commercially relevant to growers.

“Since 2005, weed-competitive breeding lines have been developed using the unique genetics from more than 30 overseas wheat varieties,” Dr Rebetzke said.

“The collaboration between researchers and commercial breeders resulted in more than 7000 lines being sown in 2017 at the research facility at Yanco, New South Wales, with the first yield assessments of selected lines to commence in 2018 by commercial breeders.

“Greater early vigour and larger upper canopies have been reported both overseas and in Australia as characteristics important in crop competitiveness.

“A noticeable feature of recent lines developed is larger flag and penultimate flag leaves (the leaves just below the ear of the plant).”

While the focus has been on increasing competitiveness through greater shoot growth, the project also aims to explore other below-ground opportunities, including a modified and more competitive root system.

The research has been conducted in collaboration with Dr Gurjeet Gill, of The University of Adelaide, Dr Bob French of the Department of Primary Industries and Regional Development (DPIRD) in WA and the weed ecology group led by Professor Leslie Weston at Charles Sturt University (CSU).