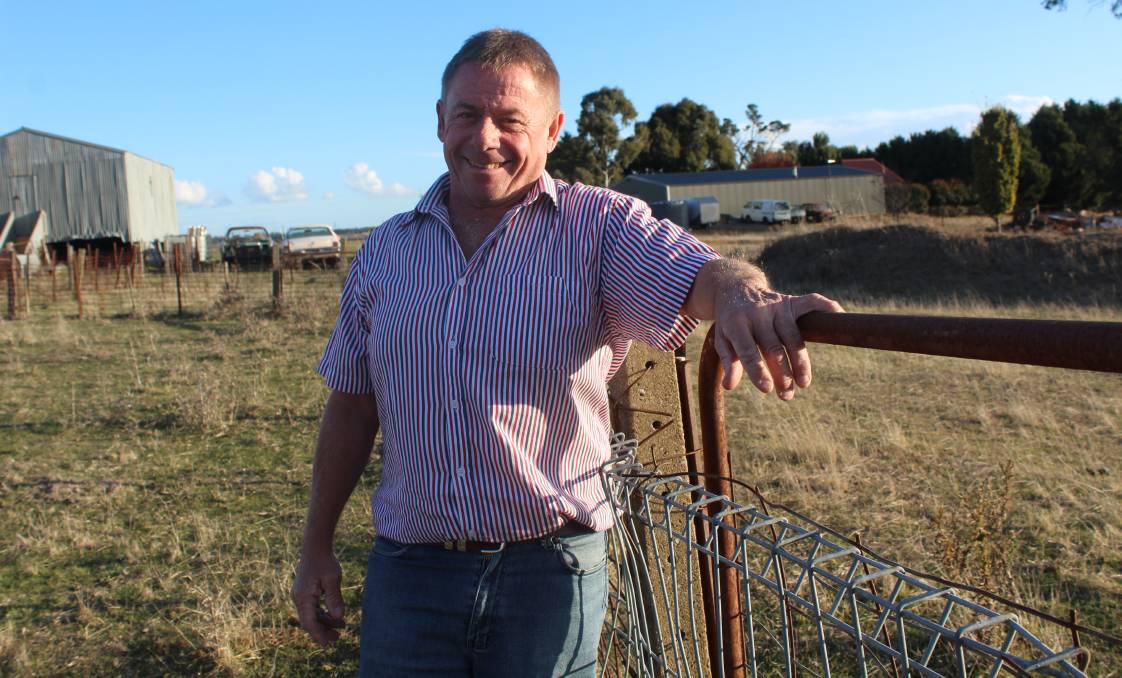 FIXED: Glen Laverty is all smiles, recovering from an experimental shoulder graft on his left shoulder. Photo: Mariam Koslay.

Glen Laverty is all smiles, recovering from an experimental shoulder graft on his left shoulder.

This was not the first time the shearer was injured on the job. A year before he had a similar run in with a sheep, sustaining an injury to his left shoulder.

Two injuries, by the same mob of sheep, in the exact same spot.

“As luck would have it another sheep charged me over Christmas,” he recalled.

“It came flying at me and I grabbed a railing to break the fall. But the force of the animal was such that I didn’t have time to let go of the railing and my tendon was ripped away from my shoulder.”

It was his wife Judy that found him at home after she came home from Mass that Sunday morning.

‘“It was the same shoulder as the previous injury and we both knew it was bad,” he said.

Tests revealed he had sustained a “massive” rotator cuff tear, damaging the already recovering tissue between his bone and his shoulder.

He couldn’t drive or move him arm – with no real hope in sight.

Orthopaedic surgeon Dr Jonathan Herald from Sydney, who treated his first injury, said a shoulder replacement would not work for the bone and would do little to the tendons he had torn out.

His only hope was an experimental shoulder graft patch, which was only available in the United States.

“He told me he’d never done it before but that he was willing to try it,” he said.

Two months after the procedure Mr Laverty was lifting hay bales and driving trucks, with plans of returning to shearing.

According to Safe Work Australia an average of 41 people were killed per year in the agricultural industry between 2005 and 2014.

The leading cause of the claims were muscular stress (12 p.c) and being hit by an animal (10 p.c).

The agricultural industry is one of seven industry groups identified as a national priority in the 2012-22 Australia Work Health and Safety Strategy.

“I feel so lucky that I have been given this second chance,” Mr Laverty said,

“Rotator cuff tears are extremely common in farmers. While many are repairable some are not. It’s a bit like trying to sew up a massive hole in the knee of a pair of jeans which already have had a repair from a previous massive hole,” Dr Herald said.

“This new technique acts as a graft “patch” so the surgeon can securely suture the tendons in place. It’s had good success in the US and was found to be safe and effective.

“If approved by the TGA in Australia ... it presents a fresh option for serious rotator cuff tears that until now were pretty well irreparable.”

Looking back, Mr Laverty said it was his wife that he was most proud of.

“Marriage isn’t about being 50/50 and dividing everything in half. It’s giving 100 per cent all the time – in the good times and the bad,” he said.

“I couldn’t be more proud of Judy who just did all the tasks I was unable to do. She truly is my rock.”