Steve and Lavender Kirby, Stone Dog Meadery, are sharing their love of mead with the world. 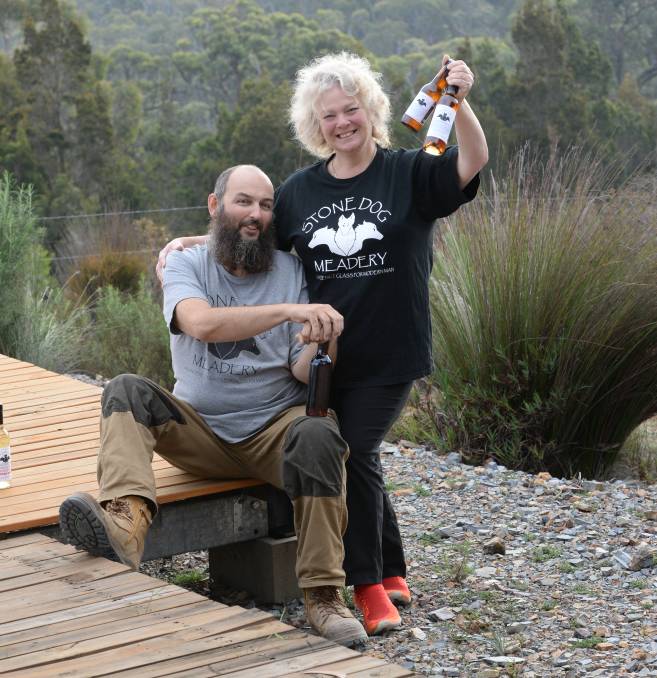 Steve and Lavender Kirby are sharing their love of mead with the world, with their wonderful creations from Stone Dog Meadery. Photo by Rachael Webb.

There aren’t many businesses where casual profanity is a part of everyday life.

But this is the case for Stone Dog Meadery, because it is the name of its most popular mead, and it’s becoming more popular by the day.

Steve Kirby, who is the proud owner of Stone Dog Meadery with his wife Lavender, began his journey with brewing about 27 years ago.

When he was 18 years old, he made some homemade wine in his parents’ laundry with plums from a tree in the garden.

He also dabbled in making beer, and as it turned out, he had quite a talent.

But it was about five years ago when he had his first crack at creating mead, taking out gold at the Australian National Homebrew Competition in 2014.

“There were only five companies producing mead at that time – now there are about 20 and growing,” Steve said.

And what is mead?

“When you think wine, you think grapes. But mead is honey-based wine. So the different kinds of honey produce a different flavour in the mead,” Steve said.

“You can have a huge range of flavours. It is seriously incredible.

“You can add any kinds of spices or other flavours.

“The fun part is you can have thousands of varieties which you can put together. That is the art in it – finding those combinations.” 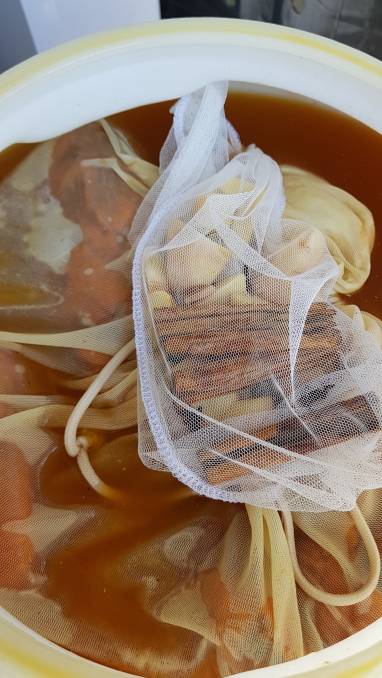 Spices are added to a special pumpkin pie mead Stone Dog Meadery made for the Collector Pumpkin Festival, using honey from the Collector area.

And it turns out mead has an amazing history.

“Mead is the only alcoholic drink that can be completely naturally made,” he said.

“It is literally as simple as this – say there is a beehive in a tree, and lightning hits the tree. The honey is exposed to the atmosphere, and then rain can get in, which dilutes it and brings in natural yeast, which just ferments away. That’s mead. And that is how we think mead first came about.

Steve and Lavender use single source honey mostly, such as orange blossom honey, so the mead has the unique flavour of the flower the bees pollinated.

The orange blossom honey comes from the citrus groves in Victoria and South Australia. He also uses other honey, such as scotch thistle honey and even cactus honey.

Steve makes around 10,000 litres a year, including braggot, which is a beer and mead combination, and around 1000L of cider.

Steve’s passion for his amazing creations is very obvious, and it is quite a long process.

The honey is first diluted, two parts water to one part honey.

Rose yeast and nutrients are then added.

It is then mixed together and left at around 18 to 20 degrees celcius.

“You’ve just got to let the yeast do its thing,” Steve said.

The mead ferments within a month, and then it is aged for up to another three months.

And the results are well worth the wait.

The most popular of Steve’s creations in Casual Profanity – a mead made with scotch thistle honey. It is also one of Steve’s favourites. 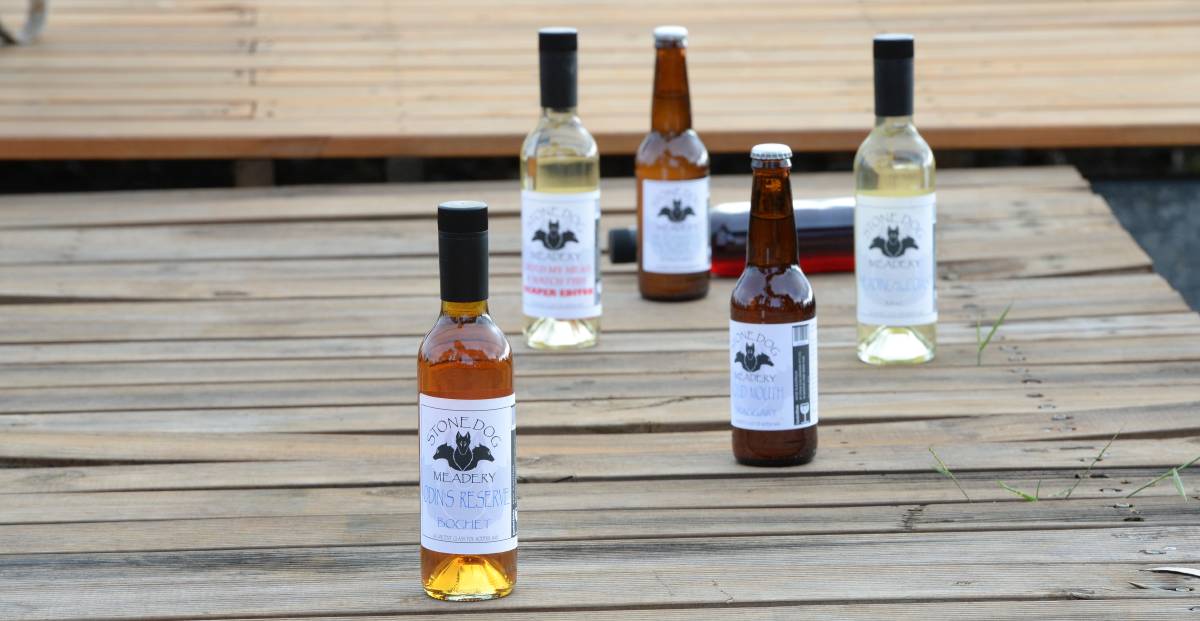 Some of Stone Dog Meadery's collection. Photo by Rachael Webb.

“It has a really nice honey flavour to it – it hides the alcohol really well,” he said.

But there are others who make his list of favourites.

“The Triple IPA Braggot is more malty, but still sits at around 12pc,” Steve said.

And the most polarising?

The Oranz is the new Vlad braggot.

It uses Russian Imperial stout and is aged in whiskey barrels.

“It is silky on the tongue. There are so many different flavours in it – you don’t expect rum and orange blossom together,” Steve said.

Another braggot that gets tongues wagging is Freedom from Haggis. It included Scottish heavy beer as well as caramelised buckwheat honey.

“It is polarising. Some people think it’s a bit strong,” Steve said.

Steve and Lavender were among the first brewers in the world to make a commercialised bochet, which is a burnt honey mead.

And the more Australians getting a taste for mead, the more excited Steve gets.

Steve and Lavender have opened their meadery at Tarago, and complete with their four pigs, three cats and 20 chickens, they are living the sweet life creating wonderful combinations of mead and sharing their love.

And it seems the love is definitely being shared. Honey is boiled to caramelize it ahead of fermentation to create Stone Dog Meadery's Odin’s Reserve.

At the Canberra Craft Beer and Cider Festival in March, Stone Dog Meadery took out top honours with the most tastings on the day out of 53 breweries and cideries.

Stone Dog Meadery products are available at bars, bottleshops and visitor information centres in Victoria and NSW, and the demand is growing.

Steve is keen to get Australia talking about mead.

“We are ecstatic more people are trying it. Part of our philosophy is the more we sell mead, the more we talk to people about mead. We talk mead whenever we can,” he said.

Steve is even helping plan a national mead makers association.

And he already has some new combinations in mind for the future.

“I want to use natural Australian leaves, including strawberry gum, aniseed myrtle and lemon myrtle,” he said.

Perhaps what makes Steve’s mead so delicious is his passion in making it.

“I like a mead that sort of creeps up on you, and smacks you at the end of the night and says ‘you’ve been a bit naughty’,” Steve said.

“The philosophy of our company is it is our job to make it, it is your job to show restraint.

“If you don’t know you are drinking alcohol, we know we are doing our job.”