Delegates express concerns for after alleged right-wing hijack at Lismore 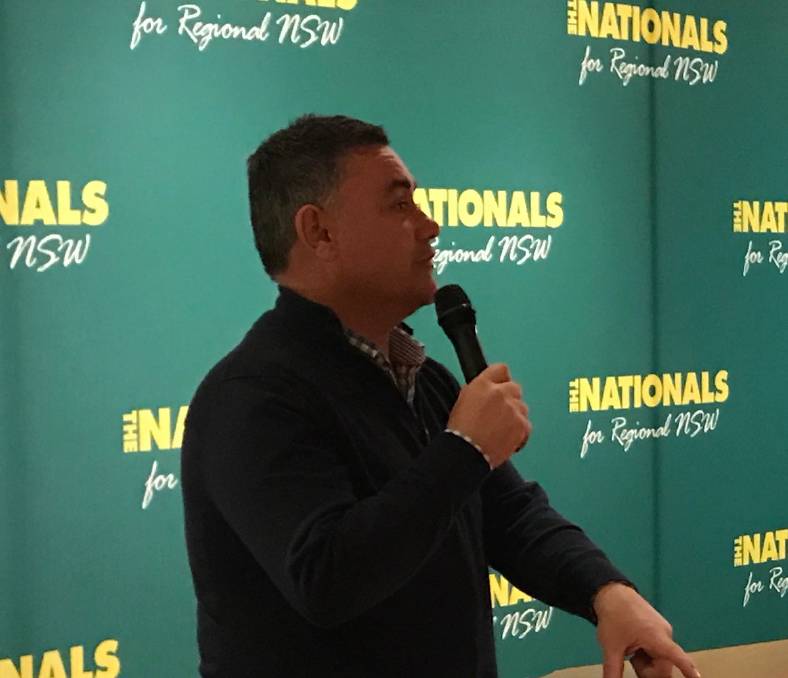 UPDATED TUESDAY 10am: A sour air lingers after the NSW Young Nationals’ annual conference at Lismore at the weekend, with claims an alleged alt-right bloc tried to hijack proceedings and push debate “down a path it shouldn’t be going”.

A motion calling for strict controls on migrants who were not from ‘culturally appropriate nations’ was narrowly defeated after a 90-minute debate.

Some sources who were in the room said the debate was packed with “racist undertones”.

“The motion I put to the conference was about immigrants wanting to be a part of the Australian way of life and in no way was about race or religion,” he told The Australian.

Mr Jennings did not comment when contacted by The Land but earlier confirmed to media he had prior links to alt-right websites.

However, he said it was a “long time” ago and denied any current involvement, or sympathies towards white nationalism or the alt-right movement.

Congratulations to our newly elected Young Nationals Executive for 2018!

Looking forward to working with you all. #YNCon18#nswpolpic.twitter.com/00GzYlfz1M

“John walked in halfway through the motion debate and after lunch he went off topic from his speech and addressed it directly,” one delegate said.

NSW Young Nationals have blazed a trail recently on a number of progressive issues, including marriage equality, increasing the cap for Syrian refugees, an emissions trading scheme, and abortion law reform.

“The best thing about the Nationals is you’ve got a vast range of people, with vast experience and vast ideas,” Mr Sowter said.

“You can be a card carrying member, pay your money, take your motion to conference, and see that motion debated. People can get up on that an have their say.”

The Leader of NSW Liberals & Leader of @NSWNationals are the daughter and son of migrants - “We are the Australian story” - says @JohnBarilaroMP@nswyoungnats#Conf18#Lismore@GladysB@WesFangNats@smitchellmlcpic.twitter.com/rPPkppVqxJ

The Land was told the youth branch’s annual general meeting on the Far North Coast was delayed by an hour amid concerns that a pre-organised influx of metro-based delegates were massing to game the election of office-bearers.

Other Young Nats delegates spoken to by The Land said they were ‘appalled’ at arguments against extra funding for sexual assault counsellors while, during a policy debate on Australia becoming a Republic, a section of delegates stood and began singing “God Save the Queen”.

Ms Price-Purnell, who stepped down from chair after two terms, said she had noticed a lot of new members at the Lismore event.

“(A larger attendance) is not unusual for an AGM where there are going to be big vacancies to fill, or if there are people running for preselection,” she said.

Some might have come from Sydney but they’re looking for a party that aligns with their values and they’ve found one. - Delegate Floyd Legge on the influx of new faces at the Lismore conference

“What was more concerning that a lot of them - not all of them - didn’t seem to have much if anything to do with regional NSW and regional Australia.

“Some of the policy motions were perhaps going down a path that we shouldn’t been in a business going down.

“My hope is good policy will win out. We’re not just members of the National party but we are the voice of young people in rural Australia.”

Michael Hansen and Brendan Seed were elected vice chairs of the NSW Young Nats while Angus Webber is the treasurer and Bree Coetzer is the secretary.

Meanwhile, Floyd Legge, Cudal, said he and many other Young Nats had become disenchanted under the youth branch’s recent leadership.

"The Young Nats are laughed at by the rest of the party," he said.

Mr Legge, who was at the conference on the weekend, said the new leadership team was more aligned with the party's state and federal goals, and backed it to remove factional tensions.

"I think it will be more inclusive and with less silly games going on."

He acknowledged the influx of new faces at Lismore but said they were not 'fly-by-nighters we won't see again'.

"Some might have come from Sydney but they’re looking for a party that aligns with their values and they’ve found one."