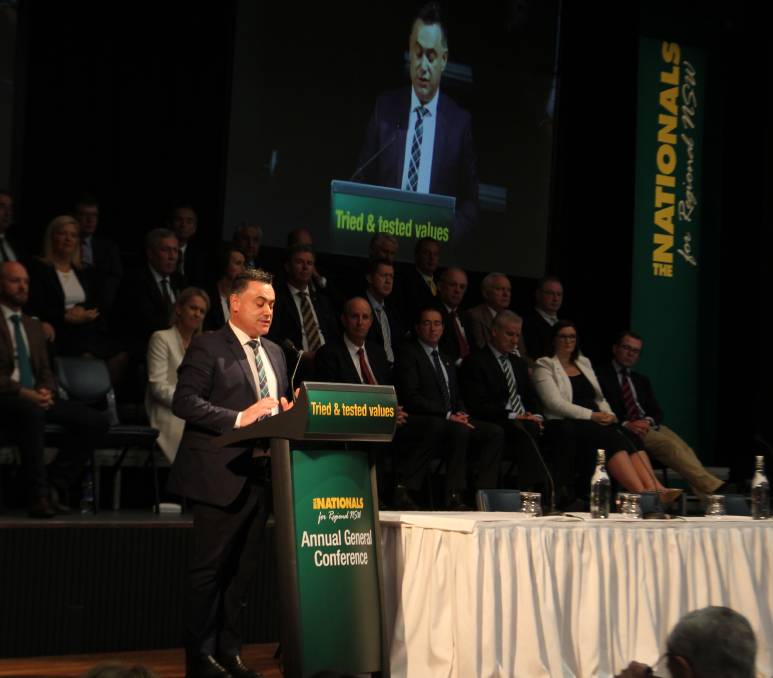 After a fortnight where Deputy Premier John Barilaro and Nationals Upper Hose MLC Wes Fang have declared pride in their heritage as children of immigrants, the party’s state conference agenda is set to drag the issue to the fore once again.

HOT takes on immigration have fuelled screaming matches in state parliament - and split regional youth politics - and now delegates at the annual NSW Nationals conference in Cowra next month will discuss halving the number of new entrants to Australia.

After a fortnight where Deputy Premier John Barilaro and Nationals Upper Hose MLC Wes Fang have declared pride in their heritage as children of immigrants, the party’s state conference agenda is set to drag the issue to the fore once again.

The Eden-Monaro Federal Electoral Council - which covers an area that Mr Barilaro himself represents - has moved that the conference “call for the total immigration program to be capped at 100,000 persons per annum”.

It called for Australia’s migration intake to be limited to ‘culturally compatible’ nations and was put forward by a former alt-right identifier, Clifford Jennings, who Mr McCormack nominated for a position on the Young Nationals executive.

Meanwhile last week NSW Labor leader Luke Foley was forced to apologise for suggesting to the metro media that Anglo families were in a ‘white flight’ from suburban Sydney due to Iraqi and Syrian refugees.

Mr Barilaro, the son of Italian migrants, was critical of both Mr Foley and Mr Jennings’ Young Nats motion, while Wagga-based Mr Fang, who was also at the Lismore conference, has also declared pride in his migrant heritage this week.

Of course, immigration is just one item in a diverse state conference agenda that includes pushing for an expressway over the Great Dividing Range, helping communities plagued by fruit bats, and giving bush residents a regional variant of the metro Opal card.

The conference will be held at Cowra on June 15 and 16, following events at Broken Hill, Tweed Heads, and Pokolbin in previous years.

The NSW Young Nationals will move that the Murray Darling Medical School proposal backed by Deputy Prime Minister Michael McCormack be dissolved and the funds instead be directed to postgraduate vocational training in rural areas.

Energy and environmental policies up for debate also straddle an ideological divide.

Multiple branches have endorsed a motion that appears to advocate for coal energy, or to “re-establish an affordable and reliable electricity supply, essential to the maintenance of Australia’s economic security and social equity”.

There’s also support from the Orange, Macleay Valley, and Southern Highlands branches for the construction of at least one High Efficiency Low Emissions power station “as soon as possible”.

Clarence and North Coast delegates will call for a transition away from fossil fuels, while a number of branches want research into Thorium-based nuclear power and wave power technology.

Coffs Harbour branch wants to remove a constitutional clause mandating that one of two Federal Electorate Council delegates must be a woman.

Delegates will also push for conference to endorse a ‘first past the post’ election system, something that would have prevented the Ballina going to The Greens in 2015, and Orange to the Shooters, Fishers, and Farmers Party in 2016 on the back of preferences.