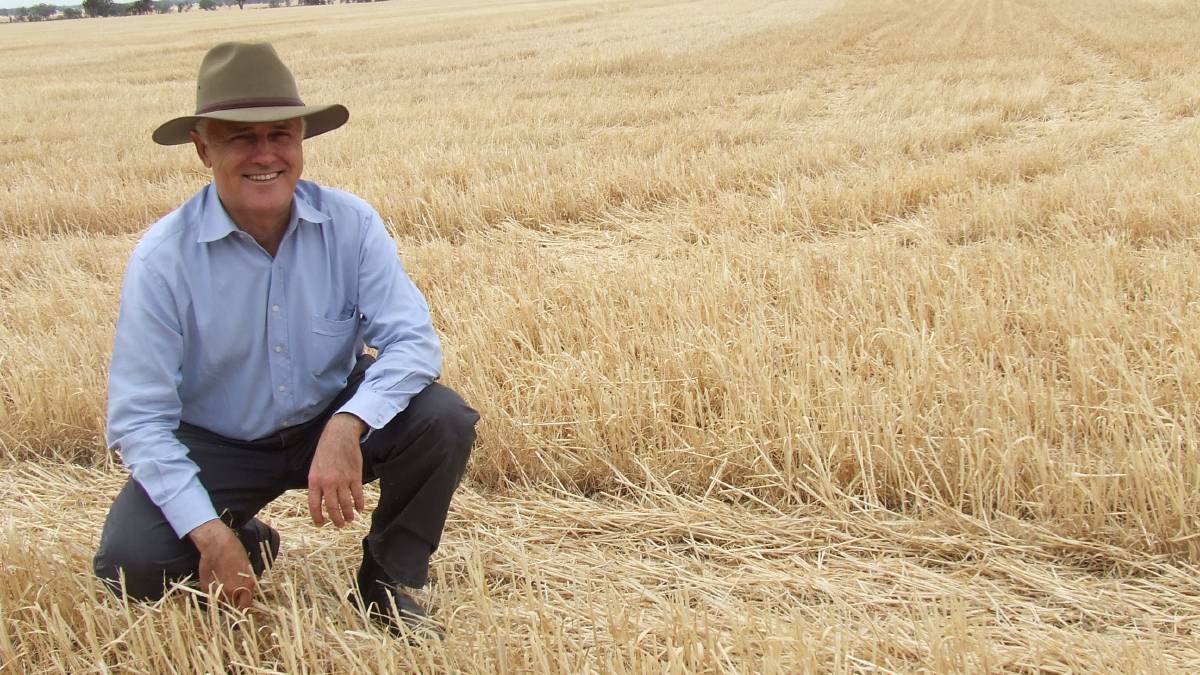 As dry conditions bits across the country Malcolm Turnbull is meeting with farmers to find out what drought support measures they want from government.

This week he will visit NSW and Queensland agricultural regions with Deputy PM and Nationals Leader Michael McCormack who said their findings will help develop what, if any, new drought support measures could be deployed.

The tour will take in Dubbo, Trangie and Narromine in NSW as well as Blackhall, Charleville, and Boulia in Qld and will include other senior Nationals MPs.

Mr Turnbull said he also had in mind the needs of drought-hit areas across the country, which include Tasmania, Victoria and Western Australia.

“This week is about listening, farmers know the government can’t make it rain, but I want to hear what more they think we can do to help them get through this long drought,” he said.

“I want to make sure both Federal and state governments are doing all we can to help.

“So it is important to get out of town and see it and hear about it first hand.”

Government drought assistance measures have been brought into sharp focus.

More than 57 per cent of Qld is drought declared, 46pc of NSW is classified as drought onset and 15pc in drought and farmers are feeling the pinch.

Graziers are rapidly destocking their herds and fodder is in scarce supply with prices soaring above $20 a bale.

Liberal and Nationals governments at Commonwealth and state levels have shown a preference for drought assistance through concessional loans and preparedness, while Qld’s Labor government has maintained a $40,000 fodder subsidy.

Queensland Senator Barry O’Sullivan has called on the Commonwealth to revitalise the $35 million Drought Communities Program, which provides local councils with $1.5m to fund projects to boost their economies.

The Commonwealth also has its new ‘Barnaby Bank’ to draw on. The Regional Investment Corporation will issue loans directly to farmers under a $2 billion Farm Business Concessional Loans Program, as well as a $2b National Water Infrastructure Loan Facility for construction of water infrastructure projects.

Mr McCormack said the government’s response would be contingent on farmer feedback from the tour.

“That will help the Government to consider what type of additional support, if any, we may be able to provide,” he said.

He highlighted the Commonwealth’s income support programs, which has been criticised for its application process.

“I would stress, support is already readily available like Farm Household Allowance and I’d urge anyone needing this income assistance at this time to contact CentreLink directly to make an application, rather than self-assess and run the risk of assuming they may not be eligible,” Mr McCormack said.

The story PM to hear from drought-hit farmers first appeared on Farm Online.