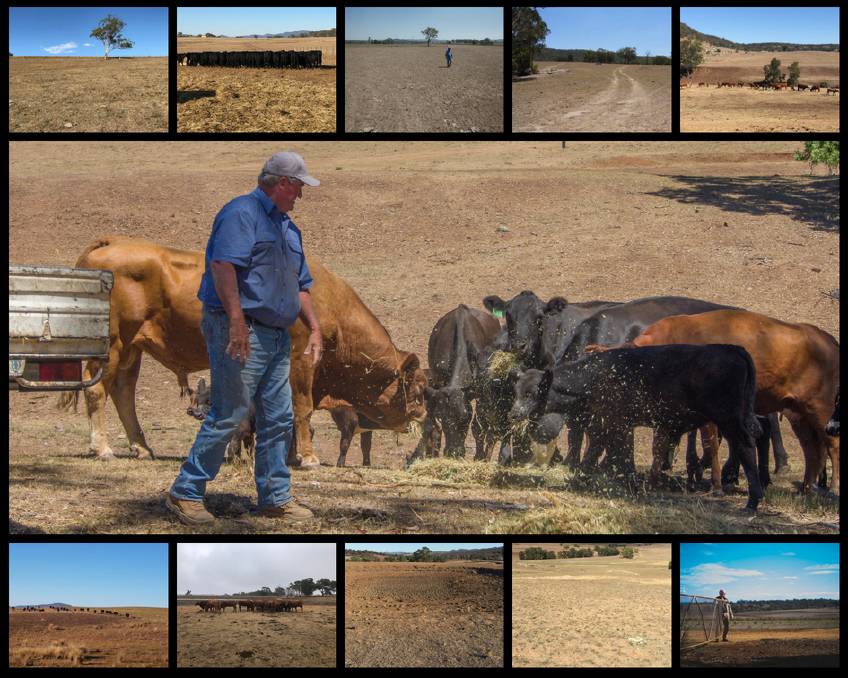 DROUGHT: More than 98 per cent of NSW is in drought, or at the onset of drought, according to the state government's Combined Drought Indicator.

The petition urges the state government to offer a subsidy for freight, fodder and water.

With 99.3 per cent of NSW either in drought, almost in drought, or heading towards drought, it’s clear life on the land is a battle.

Once fertile paddocks have turned to dust, water resources are dry or drying up and fodder supplies are critically low.

Many farmers have been forced to buy feed from interstate as local supplies run dry – and they are paying exorbitant freight costs to transport it to their farm.

Some are going as far as Western Australia to source hay and grain. 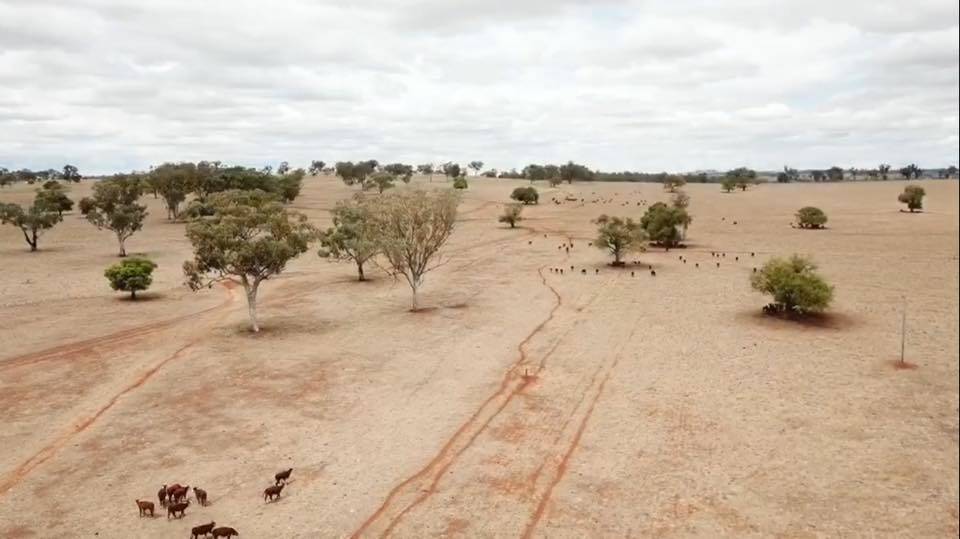 It’s abundantly clear they need more support, and they need it now.

Fairfax Media has launched a statewide petition to call on the state government to offer farmers relief on the cost of freight, fodder, water and Local Land Service rates as well as offer the collection of livestock genetics, and restocking/replanting loans after the drought breaks.

The key figure is 10,000 signatures which would ensure a parliamentary debate on the issue.

Maitland MP Jenny Aitchison will take the petition to NSW Parliament on Fairfax Media’s behalf and speak on the issue during the debate.

Calls for help are flooding into charities, including Buy A Bale – an initiative of Queensland-based charity Rural Aid. 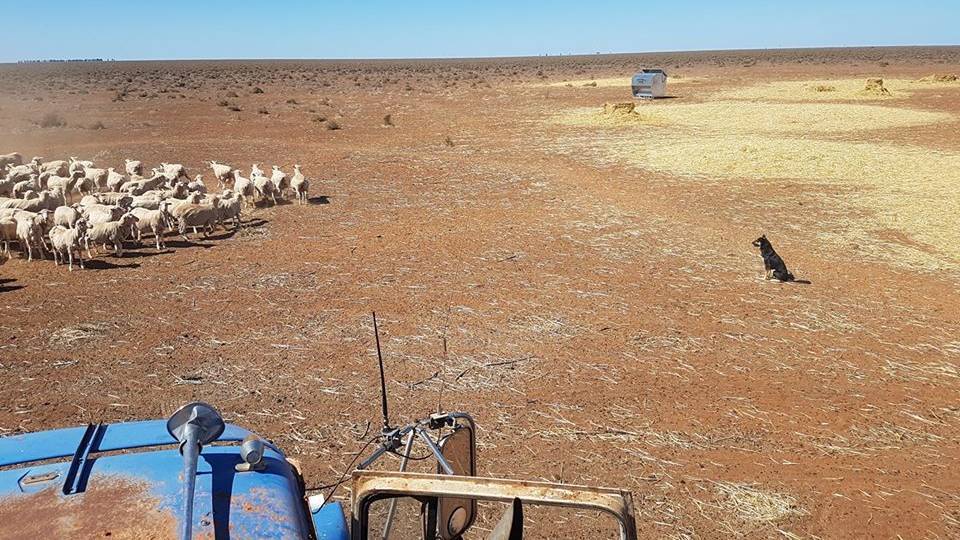 The Hunter region Buy A Bale campaign alone has given farmers $830,000 worth of help since February 14, and the demand for assistance continues to grow.

Across the rest of NSW more than $200,000 worth of hay has already been delivered and more farmers continue to register for help every day.

Right now 62 per cent of the state is in drought or at the onset of drought and 36.3 per cent is borderline, according to the NSW Department of Primary Industries’ Combined Drought Indicator.

That’s more than double what it was two months ago.

Take a look at the drought in April 2018 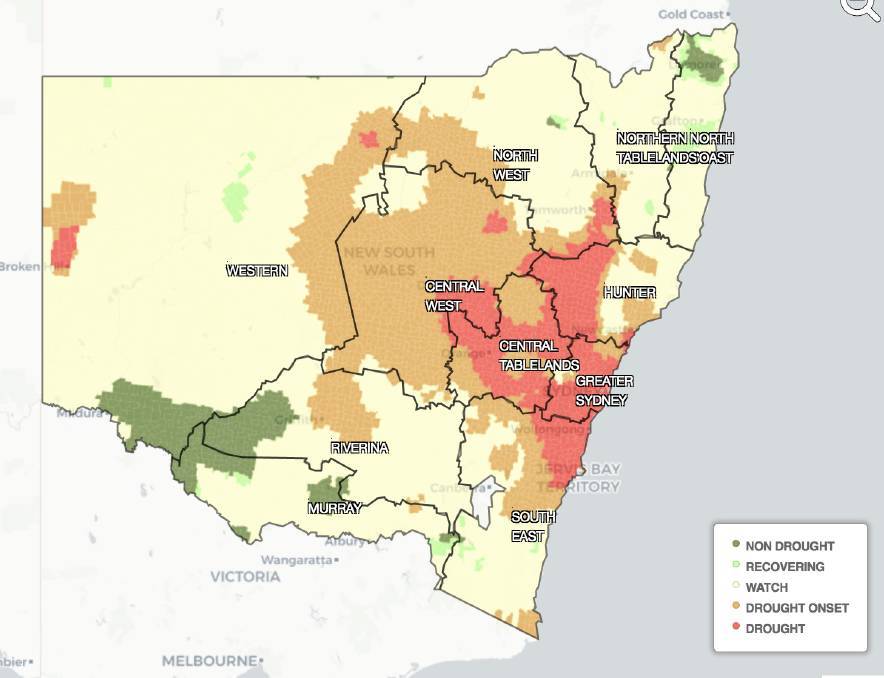 DROUGHT: In April 2018 30.5 per cent of the state was in drought or at the onset of it and 63.6 per cent was flagged as borderline. Source: NSW Combined Drought Indicator. 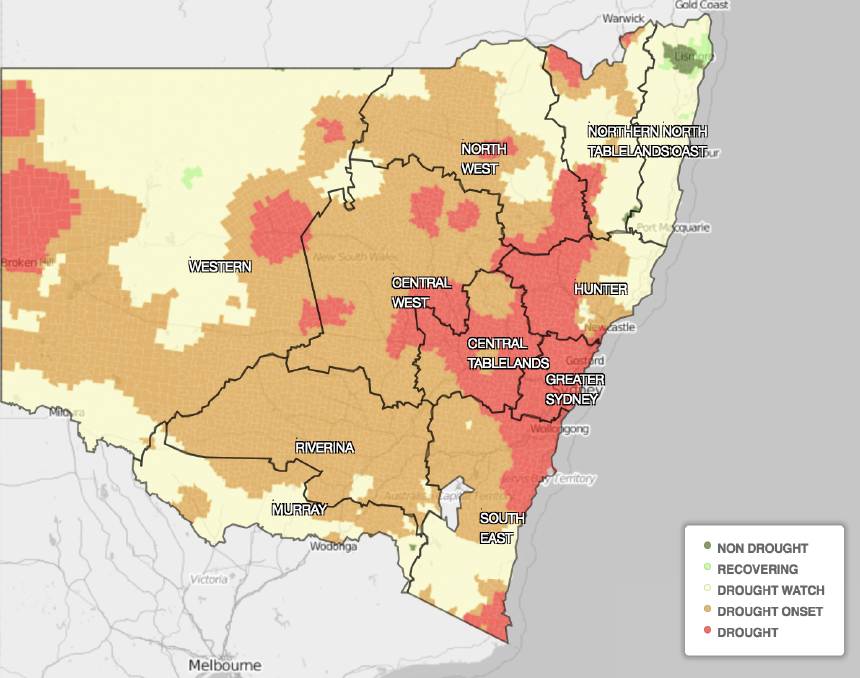 DROUGHT MAP: The NSW Combined Indicator shows 99.3 per cent of the state is in drought, drought-onset, or is borderline.

Want a closer look? Zoom in on this interactive map

The 36.3 per cent that is borderline is likely to dip into drought, given the current long-range forecast.

Politicians at a state and federal level are starting to spend more time on farms as the situation declines further.

Prime Minister Malcolm Turnbull went on a drought listening tour this week where he saw the situation in Dubbo, Narromine, Trangie and Queensland towns Blackhall, Charleville and Boulia. 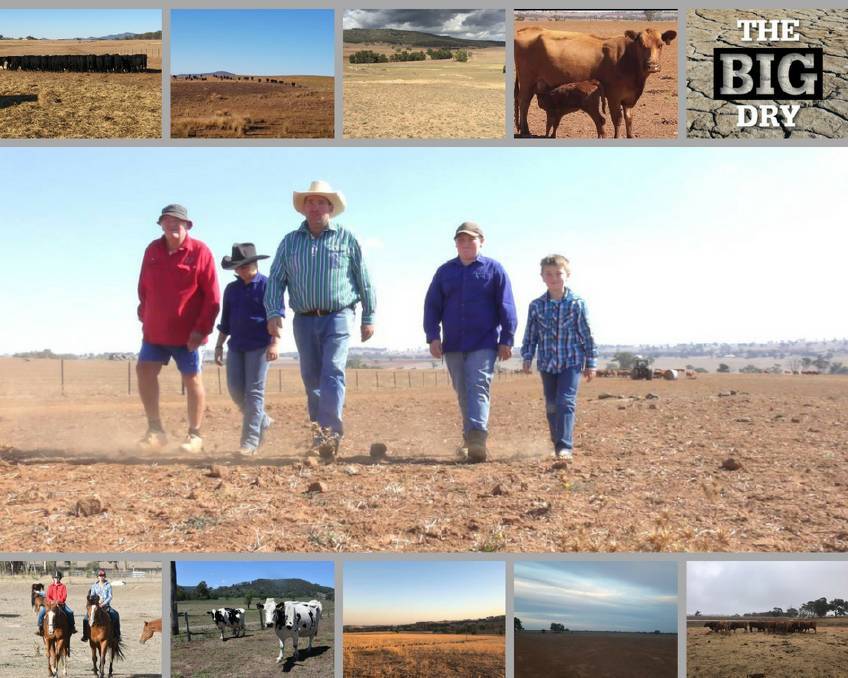 HELL ON EARTH: Farmers across NSW are struggling to survive the drought. Here's a look at some of the scenes from across the state.

He will report back to federal cabinet and look at what can be done to further support farmers.

NSW Primary Industries Minister Niall Blair has been privately touring the state so he can spend time with farmers and find out more about their situation.

So far the only new offer of help is the $20,000 drought transport loans from the state government, which Mr Blair announced in April. The loans offer a two-year no interest and no repayment period. 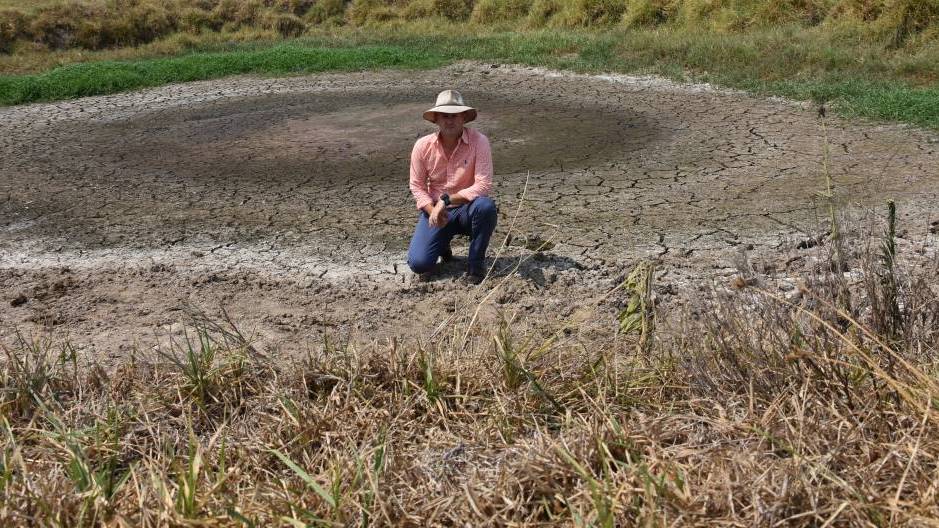 A lot of farmers told Fairfax Media the $20,000 wouldn’t last very long and they wanted a freight subsidy.

Even Mr Blair has said a lot of farmers talk about freight subsidies when he visits farms.

He told Fairfax Media in May that he is not ruling out implementing further support measures. 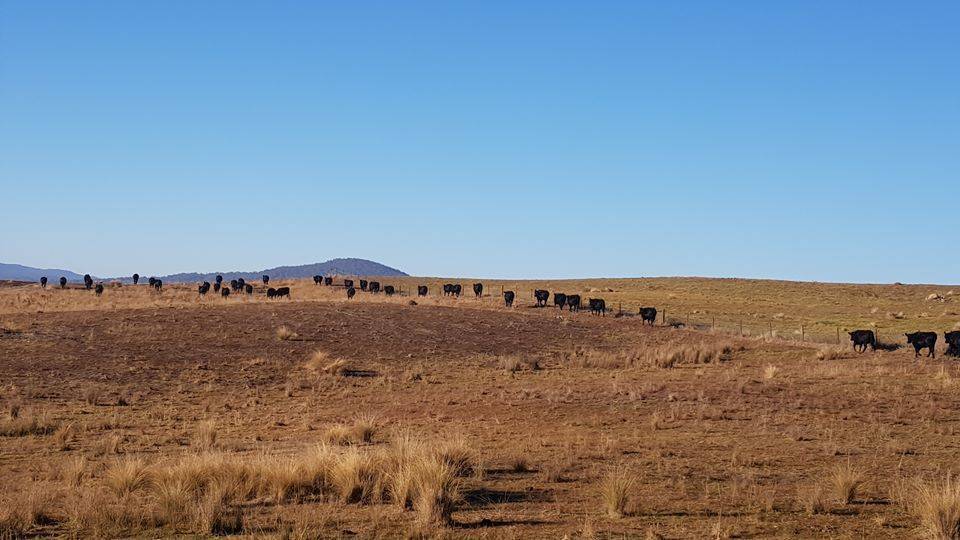 “We’re not ruling out any further changes or further assistance, we’re certainly mindful of the views that different people have because every farming business is different,” Mr Blair said during an interview in May.

Fill out the form below if you would like to receive a copy of the petition and obtain signatures.

If you live in a state or territory other than NSW and would like to lend your support to this cause, fill out the form below.

You details will automatically be included in an electronic petition which will be given to the NSW government. This petition will not count towards the 10,000 paper signatures from NSW residents required for a parliamentary debate on the issue, but it will help to show the government that there is widespread support for this cause across Australia.

Why is this cause so important? 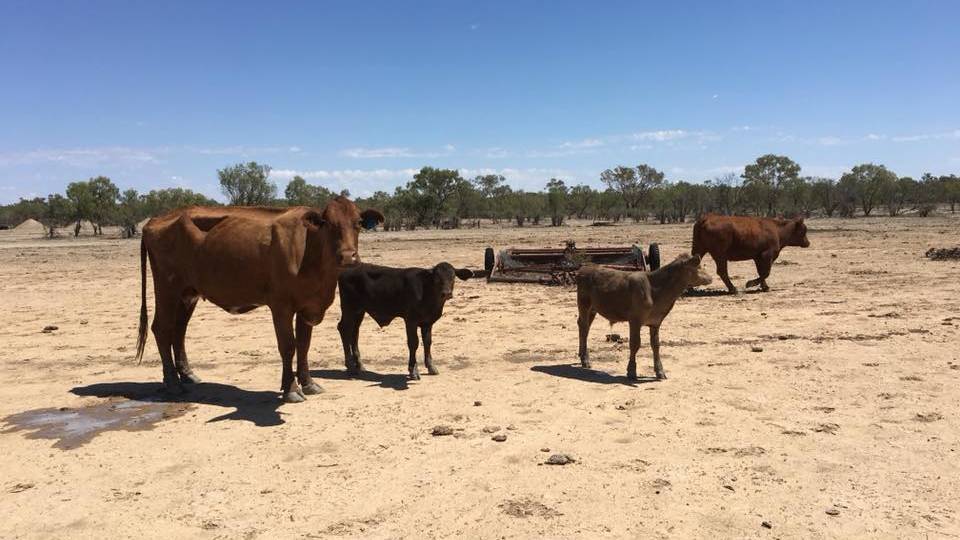 Hay and grain are scarce across the state which has forced farmers to look to Queensland, Victoria and South Australia for supplies. Some farmers are even carting grain from Western Australia.

Hay supplies in Victoria are becoming harder to find as farmers there start stockpiling fodder to feed their livestock through winter.

Take a look at this Upper Hunter paddock

The rising demand has pushed the price of lucerne hay up to more than $500 a tonne. That price has jumped $100 a tonne in the past two months.

Freight costs are thousands of dollars more than the price of the fodder. 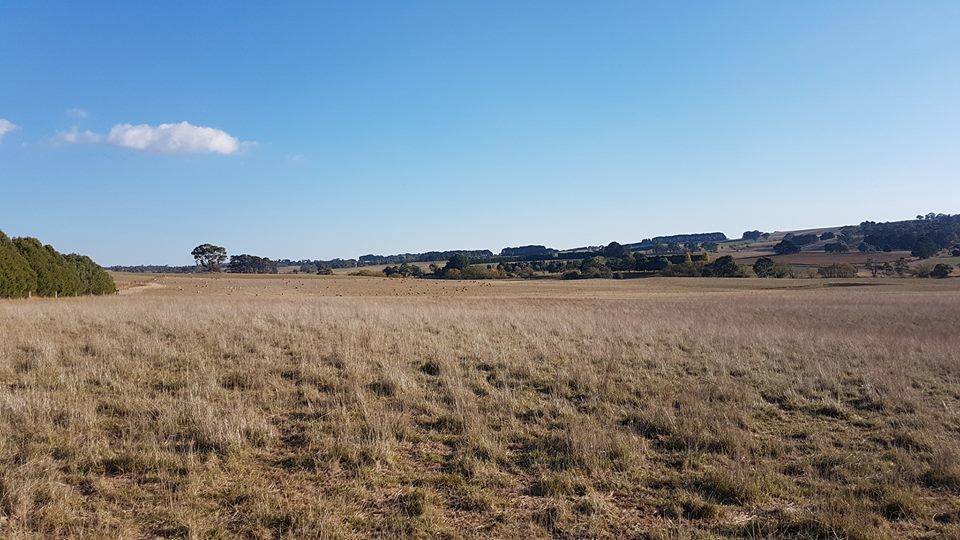 A manufacturer of livestock pellets in Manildra, between Orange and Parkes, is receiving 100 orders a day and customers have been asked to order six weeks in advance to ensure their supply.

Hand feeding is the new normal

This farmer at Yeoval, in the Central West, is spending $11,000 a week on calf pellets alone.

Huge numbers of cattle are moving through saleyards across the state.

Orange holds the record for the most cattle sold in a NSW sale after 11,368 of them moved through the yards in early May.

Normally that venue would only have about 2000 cattle at this time of year. 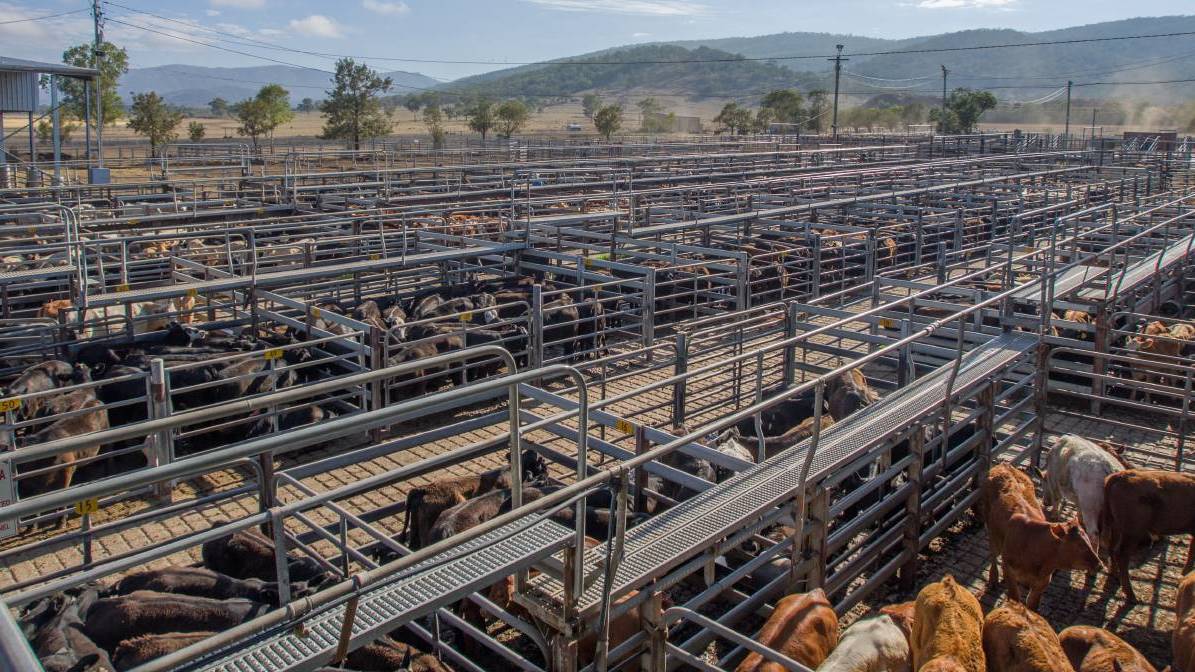 Many cattle are being slaughtered as most farmers don’t have enough feed and water to add to their herd.

A lot are breeding cows, which normally stay on a farm for several years producing calves.

Many of them boast genetics that have been built up over several decades. 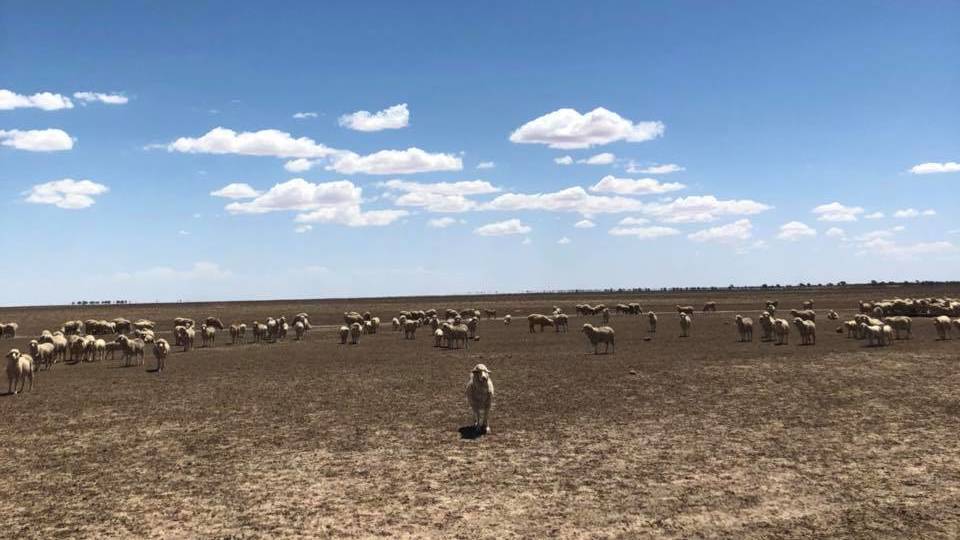 DROUGHT: Could do with a drink - Trilby Station, Louth. Photo: AJ Murray

Feeding core breeding stock through the drought – if the water supply holds – allows farmers to preserve the blood lines they have created.

Some farmers have resorted to Go Fund Me pages and Adopt a cow, or calf, fundraisers to try to keep their animals alive. 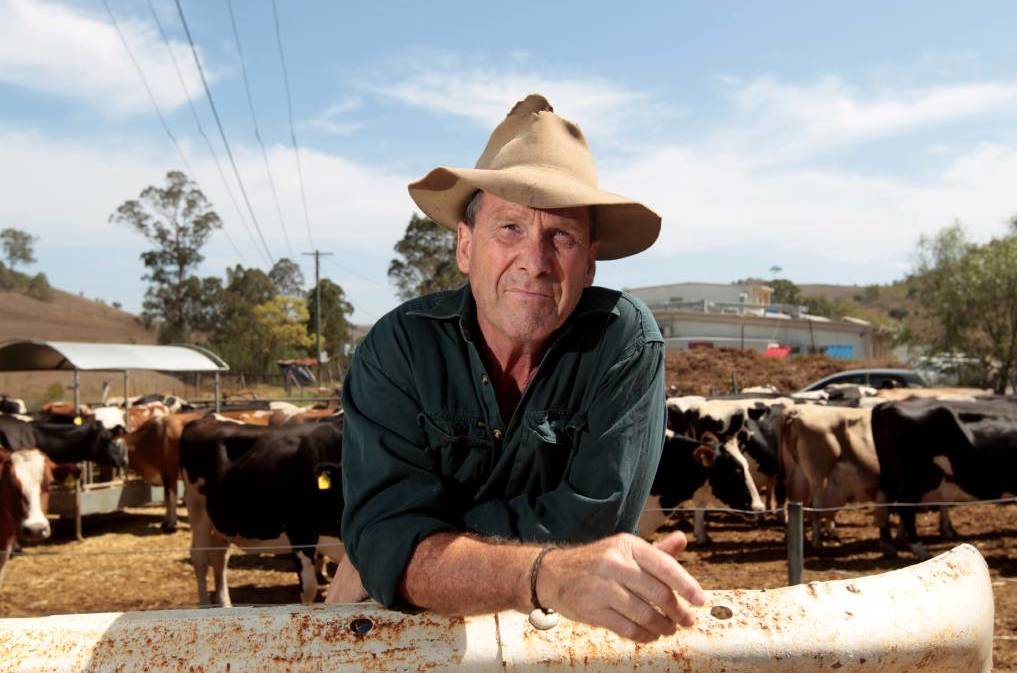 CREATIVE THINKING: John Fairley is asking locals to 'adopt a cow' to help the farm at Picton get through the drought. Picture: Simon Bennett

The oversupply of cattle has put added pressure on abattoirs across the state and left many – including those in the Hunter – up to a month behind in their slaughter schedule.

It is also bringing cattle prices down, which are governed by supply and demand.

Prices at Scone saleyards have dropped 50 per cent in the past five weeks, and it’s a similar story in Tamworth, Orange and other parts of the state.

Another Buy A Bale Hunter load finds a hungry herd of cattle.

Fat cattle are still fetching a good price in some places, like Maitland and Wagga Wagga, but they are becoming harder to find.

Meanwhile, cattle prices in parts of Queensland soared in May – after recent rain, with some making $3000. 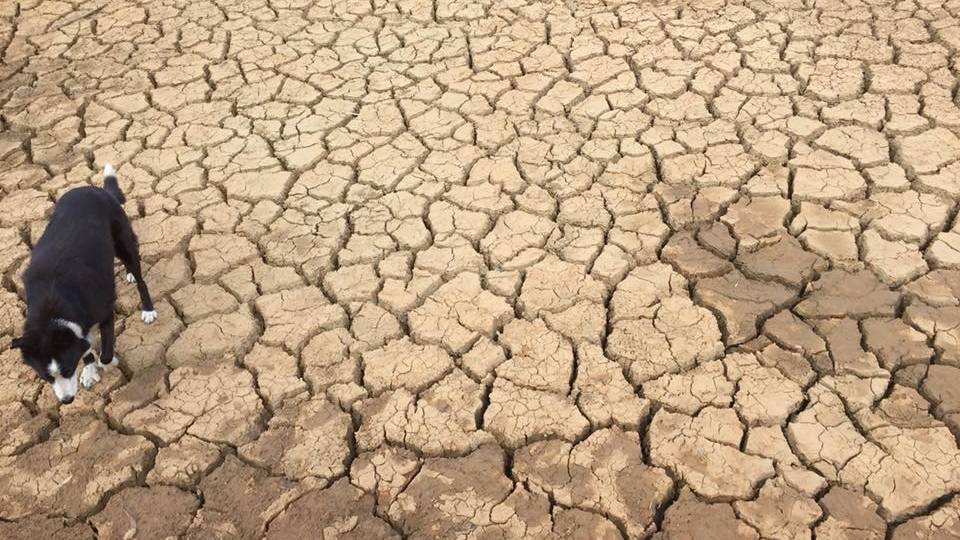 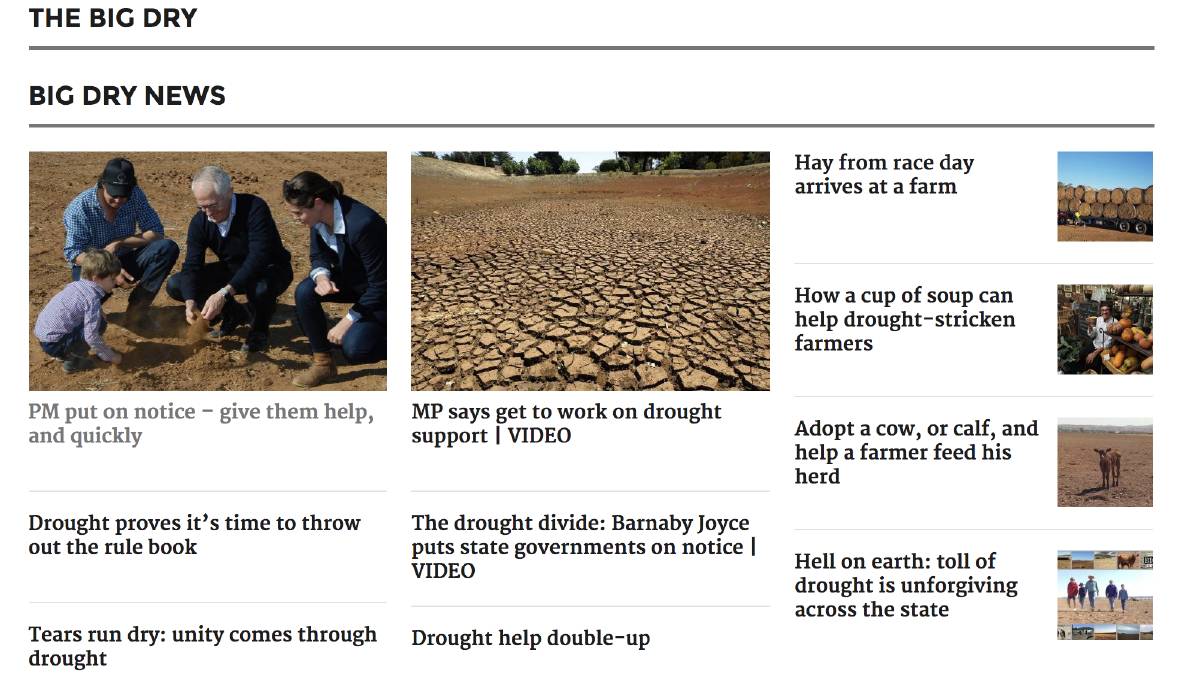