As records fall across the state each week for lambs at auction, $255.20 was recorded during the regular prime lamb sale at Corowa 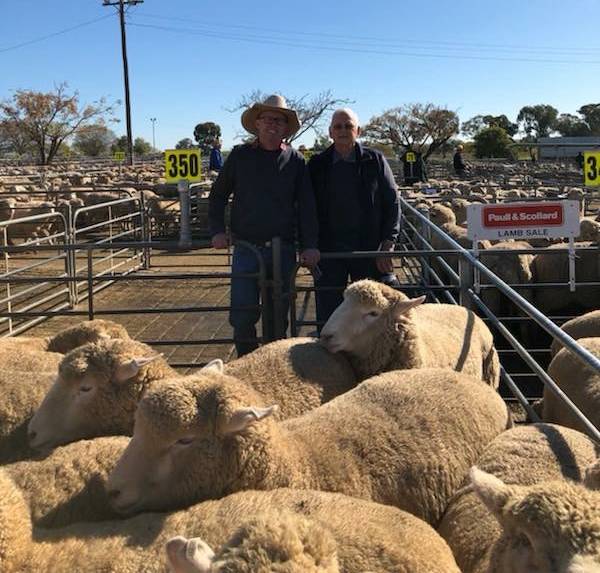 With lamb sale records tumbling across the state as processors compete for limited numbers of suitable stock, $255.20 was recorded for 68 lambs, spring 2017 drop sold at the regular sheep sale at Corowa on June 25.

Offered by vendors Justin and Lisa Burns, J.L and L.M Burns and Sons, “Boxwood”, Burrumbuttock, as a draft of their consignment of 198 spring 2017 drop, the pen was estimated at 37-38kg dressed weight.

The lambs were sired by sires bred at the Ferndale Poll Dorset stud, Culcairn, out of first-cross ewes bred locally in the eastern Riverina.

The market was quoted by MLA as being $12 to $15 higher across most grades and perhaps reflecting limited supplies coming forward of heavy finished lambs.

“They were very good lambs among an outstanding yarding, and a credit to Justin and Lisa for presenting them so well through a tough season,” he said.