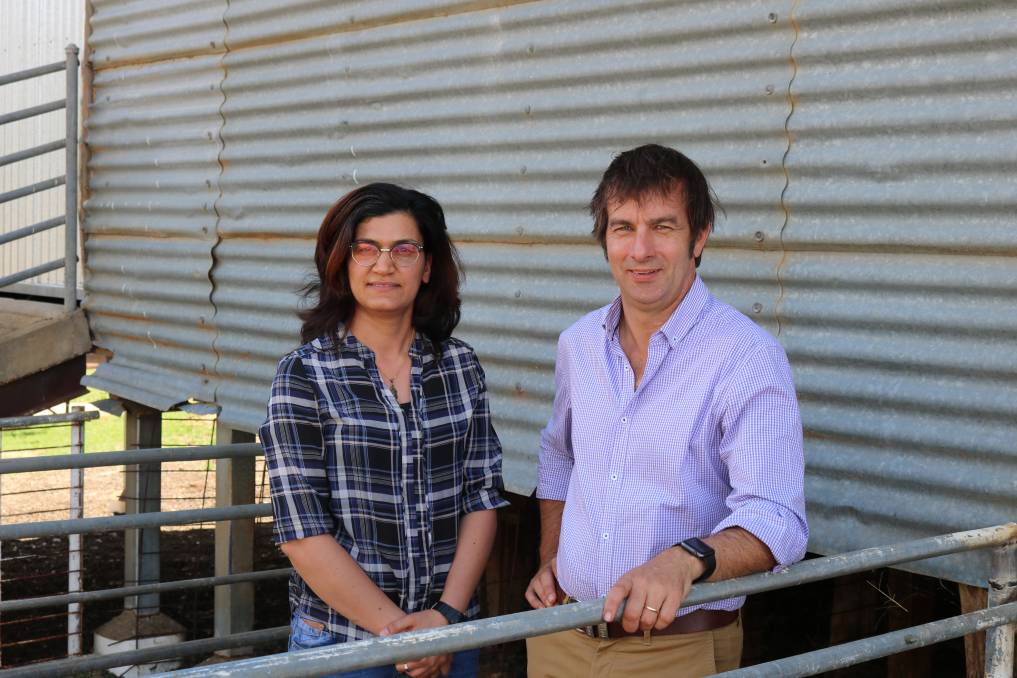 Advertiser content: Supplementary feeding of calcium and magnesium to pregnant ewes that don’t show any visual sign of a deficiency is still likely to put the ewes into a better metabolic state and potentially lead to better lamb survival, according to ongoing research funded by AWI.

A  project  funded  by  AWI  is  looking  at  whether  more  widespread  supplementing  of  lambing  ewes’  diets  with  calcium  and  magnesium  can  improve  lamb  survival.

Professor  Michael  Friend  is  the  principal  researcher  on  the  project  at  the  Graham  Centre  for  Agricultural  Innovation  at  Charles  Sturt  University.

“But  what  this  project  is  more  interested  in  is  subclinical  metabolic  disorders,  which  is  when  there  are  no  visual  signs  that  the  ewe  is  in  trouble  but  her  magnesium  and  calcium  levels  are  actually  below  requirement.”

The  researchers  began  the  project  by  conducting  a  comprehensive  literature  review  which  indicated  that,  while  there  were  strong  indications  that  magnesium  and  calcium  can  play  an  important  role  in  lamb  survival,  there  was  a  knowledge  gap  about  when  the  ewe  shows  no  visible  sign  of  metabolic  disorders  (a  subclinical  effect).

“These  farms  had  the  type  of  pastures  that  you  wouldn't  ordinarily  think  would  have  low  levels  of  calcium  or  magnesium,”  Professor  Friend  said.

“It  certainly  showed  that,  despite  the  fact  that  the  pastures  were  telling  us  that  things  are  okay  (the  calcium  and  magnesium  levels  in  pasture  tested  as  adequate),  something  metabolically  was  happening  in  the  ewes.

PhD  student  Forough  Ataollahi  is  part  of  the  research  team  and  she  conducted  a  controlled  study  to  evaluate  the  effect  of  calcium  and  magnesium  supplements  on  twin  bearing  ewes  and  their  lambs.

“The  results  showed  that  feeding  calcium  and  magnesium  supplements  had  a  beneficial  effect  on  the  immune  systems,  energy  profiles  and  mineral  profiles  of  both  the  ewes  and  lambs,”  she  concluded.

“Ewes  supplemented  with  calcium  and  magnesium  regulated  their  energy  more  efficiently  than  ewes  not  supplemented,  which  has  many  implications  for  the  prevention  of  pregnancy  toxaemia  (twin-lamb  disease)  and  the  improvement  of  ewes’  reproductive  performance.

“Lambs  of  ewes  supplemented  with  minerals  had  better  weight  gain  at  one  month  of  age  and  they  had  a  better  ability  to  fight  against  pathogens  compared  to  lambs  from  non-supplemented  ewes.

WHAT  ABOUT  LAMB  SURVIVAL?

Professor  Friend  said  Forough’s  work  showed  that  calcium  and  magnesium  supplementation  is  likely  to  put  the  late  pregnant  ewes  into  a  better  metabolic  state  and  this  is  likely  to  lead  to  some  improvements  in  lamb  survival.

“We  know  that  there  are  good  rational  reasons  why  calcium  and  magnesium  supplementation  should  improve  lamb  survival,  but  we'd  like  to  conclusively  prove  it,”  he  said.

Professor  Friend  says  the  research  indicates  that,  even  in  flocks  that  one  wouldn’t  think  have  any  problems,  many  lambing  ewes  could  be  deficient  in  calcium  and  magnesium.

So  he  says  that  if  woolgrowers  are  concerned  about  the  calcium  and  magnesium  status  of  their  lambing  ewes,  they  should  offer  them  some  supplement.

“I  recommend  this  cheap  supplement  option  because  we  know  it  has  some  production  benefits  and  the  evidence  is  mounting  that  it  is  likely  to  have,  particularly  in  some  cases,  a  significant  impact  on  lamb  survival.”

For more stories from Beyond the Bale head to www.wool.com/btb