The licence includes a cancellation clause which allows Government to effectively terminate the project on June 30, 2020 if Shenhua fails to bring the project to production stage by applying for a mining licence.

Watermark has already been approved by the NSW and Commonwealth planning systems in 2015, which means to obtain a mining licence Shenhua merely needs to apply.

To satisfy the approval process Shenhua supplied detailed plans of where it will dig, build roads, infrastructure and so on.

So why does it need to do more exploration?

To satisfy the caveats which came with the Commonwealth’s approval.

It is no use gaining a mining licence, which would likely include construction deadlines, if the Federal government can block approval down the track.

The miner must submit supplementary information on the potential impacts to the environment in the form of detailed biodiversity and groundwater management plans. They require sign-off from Federal Environment Minister Josh Frydenberg.

And the water management plan must also be approved by the Commonwealth’s Independent Expert Scientific Committee, under the Federal ‘water trigger’ law.

The Federal Environment Department said yesterday it had not received the management plans from Shenhua, nor had advice on when they were expected. Shenhua said in a statement that following exploration renewal, it was progressing its management plans.

All of which means there’s potentially years more uncertainty for the Liverpool Plains community and farmers who have fought the mine for a decade.

A committed group of opponents have argued that the vast open cut pits would disrupt the prime aquifer system which extends from the mine site underneath some of the most fertile, well-watered cropping country in Australia.

In July 2017 NSW Government cut a deal with Shenhua to buy half its exploration tenement for $262 million.

The Government’s deal-making nous was questioned, for several reasons.

Firstly, the NSW Mining Act includes a clause which allows it to reduce a miner’s original exploration lease at the renewal stage without compensation. It’s not unusual to see the tenement cut in half.

Secondly, Shenhua’s exploration licence had already expired by the time NSW Government was buying back the farm. The original Watermark licence included from 2008 included a use it or use clause which slapped an eight year deadline for substantial development on the project.

The development deadline expired in February 2016 without any construction works, but before the deadline ran out the company requested an extension. Under state law a miner can continue to explore if its renewal application is under assessment.

Lock the Gate has applied under freedom of information laws for details of the exceptional circumstances Shenhua cited in its renewal application. That claim was rejected by the Mining Department, and the case is being appealed before NSW’s Civil and Administrative Tribunal.

And last but not least, Shenhua had no plans to mine in the area which the Government paid for.

At the time Premier Gladys Berejiklian said the Government’s buyout had secured the future of farming on the Liverpool Plains because it had restricted all future mining to to ridgeland and excised areas of fertile black soil from Shenhua’s tenement.

But the mine plan, on show since it submitted an Environmental Impact Statement to the approval process, never included digging into the black soil. If the company did want to sink new pits fresh plans and impact statements would have been required.

The then Labor Government took the unprecedented step of securing an exploration licence fee from Shenhu, which included a whopping $300 million sign-on fee (paid in full) and  $200m payment if the mining licence is granted (pending).

Since then Watermark project has continued to live an extraordinary life.

The exploration licence was renewed in 2012 by Chris Hartcher another disgraced former Mining Minister, this time from the Liberals.

After that Shenhua submitted the longest Environmental Impact Statement in Australian history to the approval process in 2013 and the mine won conditional development consent.

Then came legal challenges from the a local environment group and the Gomeroi Traditional Owners.

By the time the eight year substantial development deadline rolled around in February 2016, Shenhua hadn’t turned a sod.

In August 2016 NSW Government prefaced its Watermark buyback with a shock announcement that it would pay $220m for BHP’s underground coal project on the black soil of Caroona, 20 kilometres down the road from Watermark. 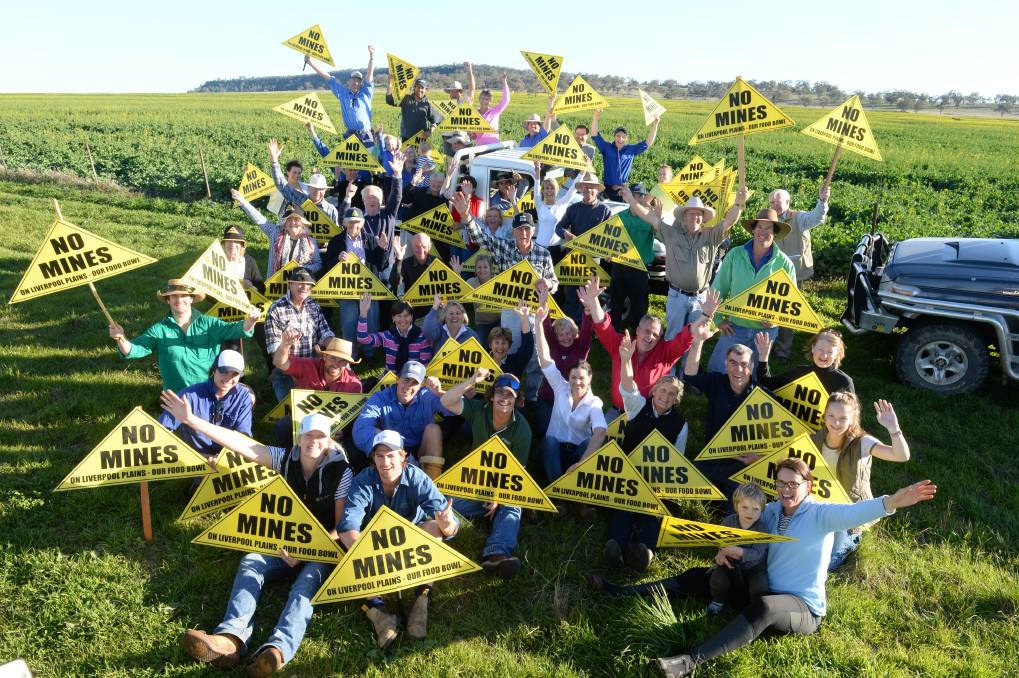 Two weeks after the buyback, Shenhua’s parent company advised the Stock Exchange of Hong Kong its Australian branch had secured an exploration extension over the remaining tenement.

“Watermark Pty reached an agreement with the NSW government in relation to partial extension of the exploration license,” Shenhua’s statement said.

NSW Mining Minister Don Harwin denied this. A spokesman for the Minister said he had never “discussed with or indicated” to Shenhua that the application would be successful.

“It’s an egregious waste of money and most appallingly of all it clears the decks for the mine to proceed,” Ms Woods said.

NSW Labor mining spokesman Adam Searle said there was no evidence to show the exploration renewal was improper, but the sequence of events since the buyback created an “extraordinary situation”.

“At the time of the buyback the Government denied it had decided to renew the Licence. But now they’ve made the decision it really does raise the question about whether there was a proper process,” Mr Searle said.

“Ultimately Shenhua got what they wanted, plus they were given $262m,” Mr Searle said.

“Why the Government thought it had to pay them money is quite strange. It said it was acting on legal advice, but they haven’t supplied that advice yet.”