CONCERNED: Tallangatta Valley farmer James Nicolson says he will always carry a gun with him after a recent confrontation with two wild dogs. Picture: MARK JESSER

Farmers concerned people could be hurt by wild dogs after latest incident.

A FARMER in the Tallangatta Valley has almost lost a working dog after an attack by two wild dogs.

And in a concerning escalation in their behaviour, one of the animals came close to attacking him.

James Nicolson said the dog recently “rushed” him at his property and came within about 10 metres, snapping and snarling.

The cattle farmer said issues with wild dogs in the region was well documented, but he had never seen them so aggressive.

Another long term resident in the valley says it's only a matter of time before a wild dog attacks a human.

Mr Nicolson will now start carrying a gun with him at all times after the confrontation.

“We all know dogs have been around for years, killing stock,” he said.

“The fact these ones were so aggressive, I think is potentially quite dangerous.”

Mr Nicolson said he had been on horseback with his working dogs when the two wild dogs appeared at his Tallangatta Creek Road farm.

He didn’t have any weapons apart from a whip.

They attacked one of his dogs and took it to the ground.

Despite using his whip to try to scare them off, the attack continued for about 90 seconds.

By the time Mr Nicolson got to his dog, it was unconscious but he thought it had been killed.

“They were going in for the kill,” he said.

Mr Nicolson said his horse had probably stopped him from also being attacked.

“That probably pulled him up,” he said.

“If you were just alone, without any weapon at hand, I don’t know how you’d go in a situation like that.

“That’s the closest call I’ve ever had with them.

“The concerns are if you weren’t armed, or on a horse or in a vehicle, you could be in a bit of trouble in a situation like that.”

His dog had multiple puncture wounds in its back leg.

It required penicillin for three days and the wounds had to be thoroughly washed out.

The wild dogs went to the top of a hill on Mr Nicolson’s property after the attack and watched on, unconcerned by his presence.

Farmers have been concerned that a person will one day be mauled. 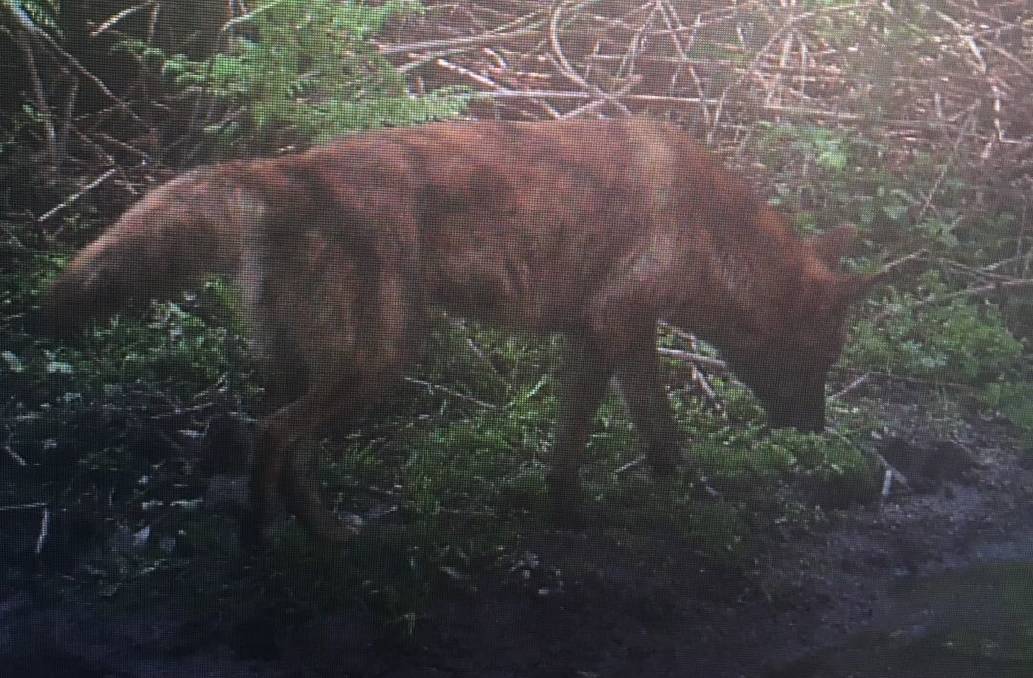 He said “miles” of electric fencing was needed at his property to protect his herd.

“Wild dogs are crossed with all sorts of hunting breeds,” Mr Morant said.

“If you have these aggressive hunting dogs cross with wild dogs, they’re going to become more aggressive.

“There’s a possibility it could happen.

“If you had a bitch protecting pups, I would imagine she would be very aggressive if you came close to her den.”

He wouldn’t be surprised if a person was attacked.

“It’s not a matter of whether it will happen, it’s probably only a matter of time,” Mr Morant said.

He questioned the logic in banning rubber-jawed Lane's traps and said it was a furphy that they were cruel.

“It’s been used for years and years,” Mr Nicolson said.

He believes a misguided push from environmentalists and animal rights groups was behind the ban.

Towong Shire mayor Aaron Scales believes more could be done to deal with the issue.

“They’re having a huge impact on farmers with the killing of livestock.

“They’re now confronting humans and working dogs which is quite concerning.”

People have reportedly been attacked in other parts of the country.

While there have been reports in the North East in recent years of working dogs being killed and people confronted by them, it's believed there are no confirmed cases of people being attacked.

Department of Environment, Land, Water and Planning statistics show there were 674 dogs killed in the North East from 2015 to 2017, including 236 last year.

The figures do not include those killed through baiting or by private landholders. 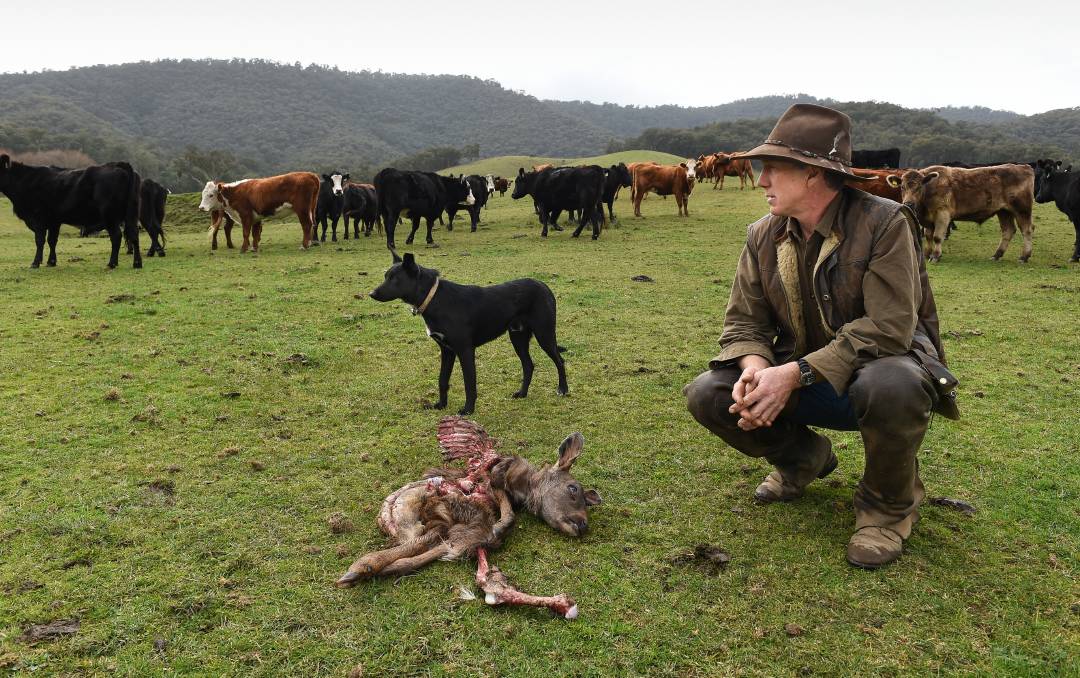 CONCERNED: Tallangatta Valley farmer James Nicolson says he will always carry a gun with him after a recent confrontation with two wild dogs. Mr Nicolson and his dog George are pictured with a deer killed by wild dogs in recent days. Picture: MARK JESSER

He believes too much reliance is placed on baiting programs, which he says are ineffective.

“There are more incidents with wild dogs for a few reasons,” he said.

“They're evolving in the landscape.

“In NSW, the main management tool is 1080 baiting and in many areas that has questionable success.”

Mr Crisp said wild dogs had access to more food sources and were becoming less fearful of people with increased exposure to them.

“I just think they're losing their fear of man,” he said.

“From that will come aggression.”

Mr Crisp said understanding the biological processes of dogs, which is linked to the seasons, was key to controlling them.

They can have pups at five months of age and large numbers of large litters, leading to "frightening” numbers on the ground.

"The problem is when you have that number of dogs around and try to manage it with ad hoc baiting, it's not going to happen,” he said.

The Department of Environment, Land, Water and Planning uses a mix of trapping and shooting, and baiting programs, including community and aerial baiting, with a focus on trapping dogs directly impacting livestock.

Landowners are urged to report stock losses and sightings to wild dog controllers.

They are urged to bury any stock, game or native animal carcasses to avoid giving them a food source.