Stud and commercial breeders from Queensland to Victoria competed for the top bulls at the 73rd annual Glen Innes Hereford bull sale.

Lot one, the horned Battalion Undertaker M023, by Cara Park Unique from the stud’s top female Battalion Constance, sold to Victorian breeder Barry Newcomen through Elders Bairnsdale for $20,000. The Irish Hereford Society has expressed interest in retaining some of the semen.

Stud principal Grant Kneipp said he tried to present a complete package with all his bulls at the sale, from type and muscling through above average EBVs, scanned data and pedigree with the result that Battalion sold 100 per cent of their bulls to average $11,200.

Second top-priced bull, by Cara Park Unique M647 by Mawarra Unique from a Cara Park Wonder, going back to Bowmont Storm, sold for $18,000 to Grant and Kylie Kneipp at Battalion. 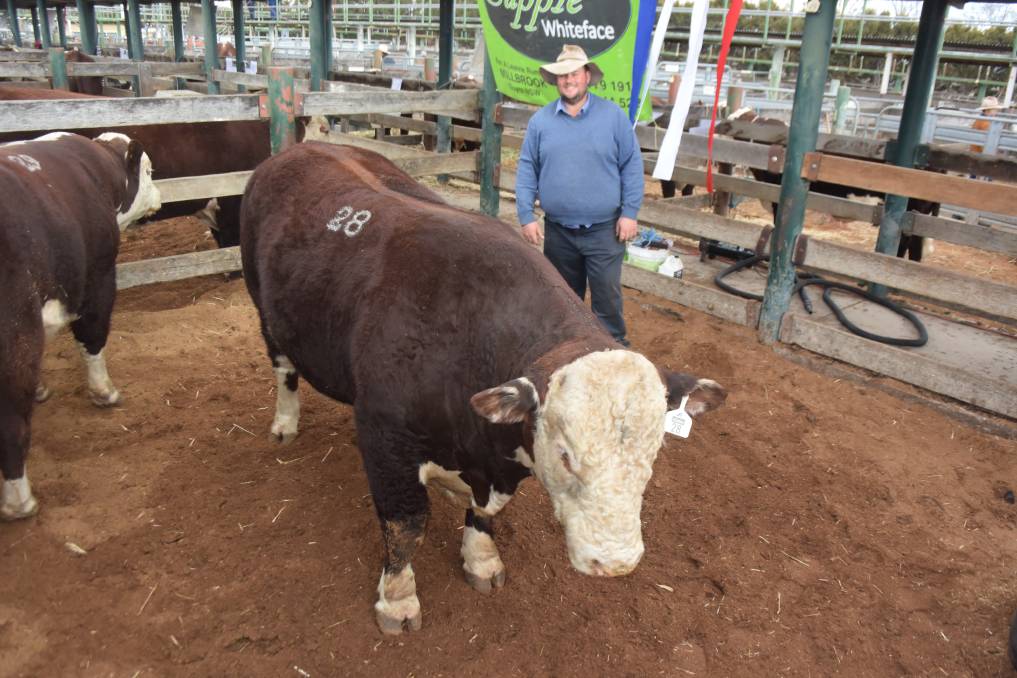 Kylandee Mortlake by Courallie Jackhammer from a Strathleigh Cora sold for $9000 going to George and Shirley Hardcastle, McPherson Herefords, Koreelah.

The sale was conducted by Elders with Andrew Meara, Toowoomba, and Brian Kennedy, Armidale, taking the bids.