RESEARCHERS are on a mission to better match lamb with emerging consumer trends against a backdrop of record prices and consumption decline.

The potential is strong to fabricate cuts that tick boxes like convenience, modern tastes and the need to feed smaller households, they have found.

Likewise, there is solid opportunity for marketing on nutritional claims that the lamb industry hasn’t fully tapped.

Dr Stephanie Fowler, from the NSW Department of Primary Industries’ meat research team at Cowra, says the lamb consumption decline trend since the mid 1980s is largely due to perceptions lamb is old fashioned and not very versatile.

At the recent Animal Production 2018 conference in Wagga Wagga, Dr Fowler outlined the projects underway aimed at maintaining the appeal of lamb amongst modern consumers.

“Households have become smaller, people are much more aware of the impact of their food choices not only on their health but the environment and they are continuously seeking more convenient and higher quality products,” she said.

“There is no longer a great need for a five-hour lamb roast to feed 20 people.”

Researchers started by looking at cuts from other countries, such as Europe and the United States, and other species, such as pork.

What came from that was the potential of pork’s Bostin Butt to be applied to Australian lamb.

Lamb’s 700 gram compact shoulder roast - a slow-cooked style of pulled lamb which is smaller, convenient, easy to cook and suitable for feeding one to two people. 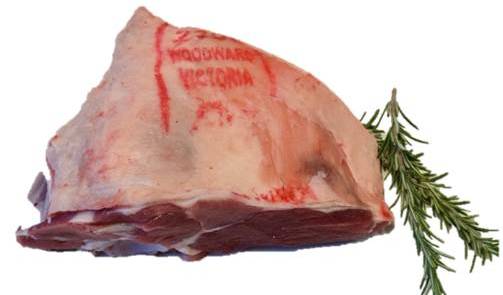 Researchers also say leg products, like topside and silverside, could similarly tick a lot of those boxes and also come with some solid nutritional benefits.

“There has traditionally been a gap in nutritional data on lamb cuts because studies have always focussed on loin,” Dr Fowler explained.

“We’ve found a significant difference in protein and fat content in leg cuts and that is really important because it allows for these cuts to meet specific consumer needs, for example the elderly need more protein.

“Some leg cuts also have twice the amount of iron compared to other cuts and all lamb cuts are good sources of zinc - also attributes that will allow for the targetting of particular consumers.

“When you start value adding these cuts, there is an increase in labour from a processing point of view and a loss of meat yield.

“So this means there is a premium price that needs to go onto these cuts to cover that.

“Consumers need to pay more for a smaller cut - meeting specific needs is a way to justify that.”

It was imperative that cut weights and cut size were aligned to changing consumer preferences and that lamb focused on quality if it was going  to maintain domestic consumption at a record retail prices, according to Dr Fowler.

Processors and retailers are now investigating how to best package and launch some of these products.

The story Bringing lamb back into fashion first appeared on Farm Online.