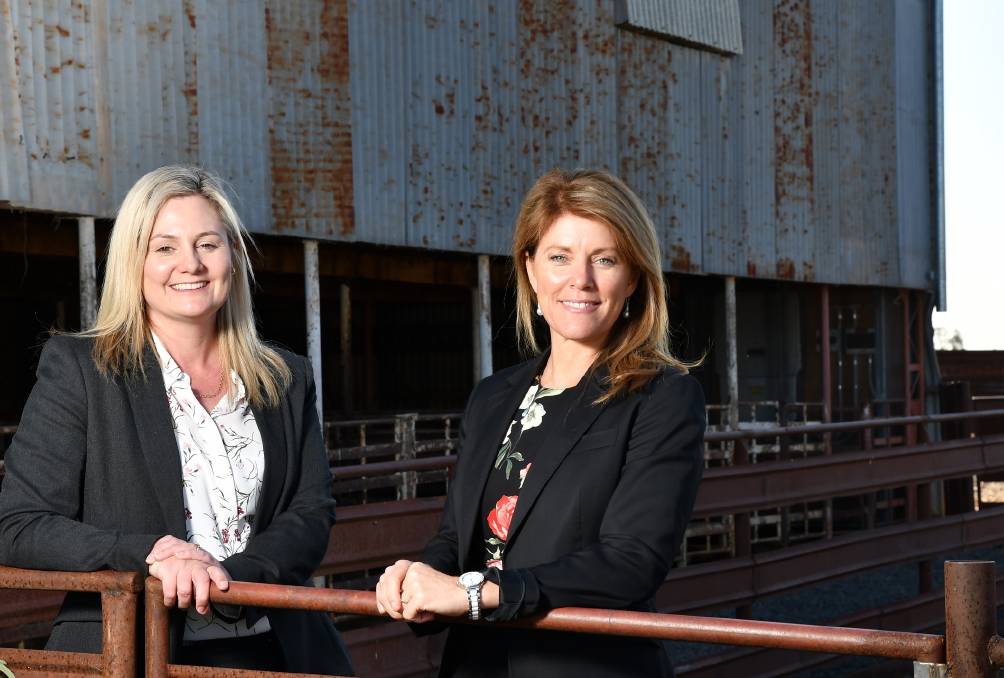 The persistent drought is dominating the lives of many farmers across Australia – absorbing their physical, emotional and financial resources as they endure some of the toughest seasons in decades.

This year’s autumn was reportedly the driest since the 1902 Federation drought which, ironically, is also the same year Australian women were granted the right to vote.

We have now made it all the way to 2018, and while we overwhelmingly hear positive stories about women playing a growing role in agriculture leadership, women still only make up about 2.3 per cent of chief executive officers our industry, compared to an average of 17pc across other industries.

The average woman retiring now has approximately half of the average man’s superannuation balance, and on top of this, if you’re a woman working in our primary industries you are also likely to earn 25pc less than your male counterparts.

Even when times are tough, it’s important we keep learning, investing in personal development and exposing ourselves to off-farm experiences - Emma Thomas, Achmea Australia

Also speaking at the event was former chief executive officer of the Northern Territory Cattlemen’s Association, Tracey Hayes, who plays a leading role in championing women in agriculture.

Women told us life on the land is the toughest it’s ever been.

Their families are struggling, but what I observed was a real sense of resilience, strength and solidarity.

Many remarkable women talked about the social impacts of the drought, as well as the lack of time and opportunity for them to step away from their farms to advance their careers, connect with peers or pursue their studies.

Diamonds are formed under pressure, and right across our drought-stricken farming communities we are seeing female leadership emerging.

Women are not only pulling themselves, but also their families and friends, through extremely challenging times.

Even when times are tough and mother nature is at her worst, it’s important we keep learning, investing in personal development and exposing ourselves to off-farm experiences.

Devoting time to ourselves is not something that comes naturally to many women, particularly with the added responsibility of raising children.

Yet, by taking advantage of the opportunities to broaden our skill set and gain practical experience, we will be better equipped to invest in our children, our families, our farms and ultimately our future.

Off-farm experience and being the backbone of the farm shouldn’t be mutually exclusive.

Greater equality and increased representation at a decision-making level will lead to greater diversity of thought, experiences and backgrounds, which is vital to ensure the future success of our industry.

Women have a significant amount to offer in leadership roles and comprise nearly half of all agricultural workers globally, but do we really understand what impact this lack of representation at a leadership level has?

Meaningful cultural change is needed, and not just at the business and government level, but also at the individual level.

To enable women in our farming communities to spread their wings and stimulate themselves to grow, we need a support network that gives us the confidence to back ourselves.

Tracey Hayes says there is a national conversation to be had not only with politicians, policymakers and thought leaders, but also with our fathers, brothers and sons.

Ultimately it begins by backing yourself and encouraging other women – your friends, family and neighbours – to do the same.

A strong support network with encouraging mentors (both male and female) can help broaden our horizons and make the most of our entrepreneurial talents.

Every woman has the potential to grow and contribute positively to the industry and I firmly believe now is the time to stand united and back our next generation of female leaders in agriculture.

Women on the land may not always think they’re achieving much right now, working at least 12 hours a day, seven days a week trying to survive a terrible drought.

But the reality is that their contribution today is of vital importance to achieve more equality and ultimately continued prosperity in the agricultural industry.

One day, it will rain again.

When the drought eventually does break, those hard-working diamonds from the land will be some of the strongest leaders the agricultural sector has ever seen.

Will you stand beside them and allow them to shine?