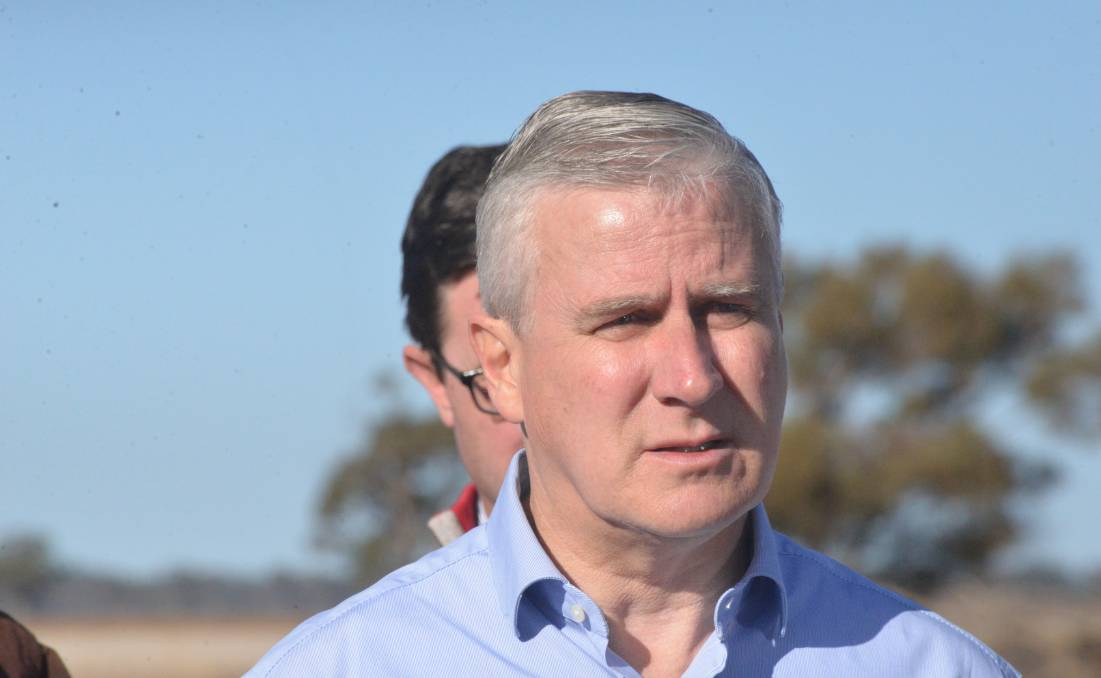 Deputy Prime Minister and leader of the Nationals, Michael McCormack.

However, this is an overly simplistic and disingenuous contrast and it’s also misleading to say the government is more interested in helping foreigners than our farmers.

Such errant commentary ignores the fact we can and we do manage both commitments responsibly – in other words we can walk and chew gum – to achieve mutually-beneficial social and economic outcomes on both fronts.

It also exploits naivety about the way the federal budgets works because money for drought support is not taken directly from the foreign aid budget and vice versa.

We should also try to rise above this type of simplistic commentary with a greater level of sensitivity and compassion at a time when farming communities are doing it extremely tough.

Think before you click and consider if your comments are only feeding more misleading information into cyberspace, to gratify click-bait hungry key-board warriors, or are you doing something constructive and tangible, to help our farmers and farming communities survive this tough and prolonged dry spell?

Think before you click and consider if your comments are only feeding more misleading information into cyberspace.

One of the best practical ideas promoted during this challenging time has been the call to encourage people to take their next holiday, a weekend break or a day trip out into a regional community to help boost local businesses and communities, by spending local.

According to a new survey by the NSW Business Chamber, 84 per cent of businesses in regional NSW have been negatively affected by the State’s crippling drought with cash-flow impacted adversely.

With that real-life dilemma in mind happening right now in regional Australia, why not use the internet as a source of inspiration to share practical guidance?

Click and research the location of a country hotel, art studio, museum, cool coffee shop, or family friendly country pub to eat lunch or dinner in a town where the drought may be biting hard, to help keep the wheels of commerce turning during this tough time.

Instead of clicking and posting a wayward comment on Facebook contributing to an emotive and circular debate about government funding for farmers v foreigners which leads nowhere, why not post a map directing friends towards the best places to visit and spend money in regions doing it tough with the dry?

Another great idea which can benefit drought stricken communities now and into the future is the call to buy Australian made farm produce.

This type of pragmatic backing also underpinned and motivated our government’s announcement at the weekend of a third round of drought support measures, to boost our overall contribution to $1.8 billion.

It’s interesting to note the Liberals and Nationals government has added another $1.8 billion in drought support, on top of existing measures such as adjustments to the Farm Household Allowance and Farm Management Deposits schemes – but at the same time we’ve reduced the upward trajectory of foreign aid spending which would have continued to spiral under Labor’s risky and big spending, high taxing agenda.

However, under the Liberals and Nationals Government, we’ve managed to control the overall spending direction with our aid budget now $4.2 billion.

It should also be reiterated our foreign aid program is only 0.8pc of the federal budget.

Australia’s national interest is also served through our contribution to foreign aid programs, as other wealthy nations do, as it helps strengthen the economies of developing countries in our region which subsequently become important markets for Australian exports, like agriculture.

Our government’s responsible economic management means we have greater capacity to go out and listen to farming communities struggling with drought and assess their needs and subsequently deliver more appropriate, timely, fine-tuned and flexible support measures, such as those we announced last weekend.

Australia has a great story to tell about our farmers and we need to ensure we do what we can to support and protect them now, more than ever.

- Michael McCormack is the Deputy Prime Minister, leader of the Nationals and Minister for Infrastructure and Transport

The story McCormack: We can manage foreign aid and drought relief first appeared on Farm Online.