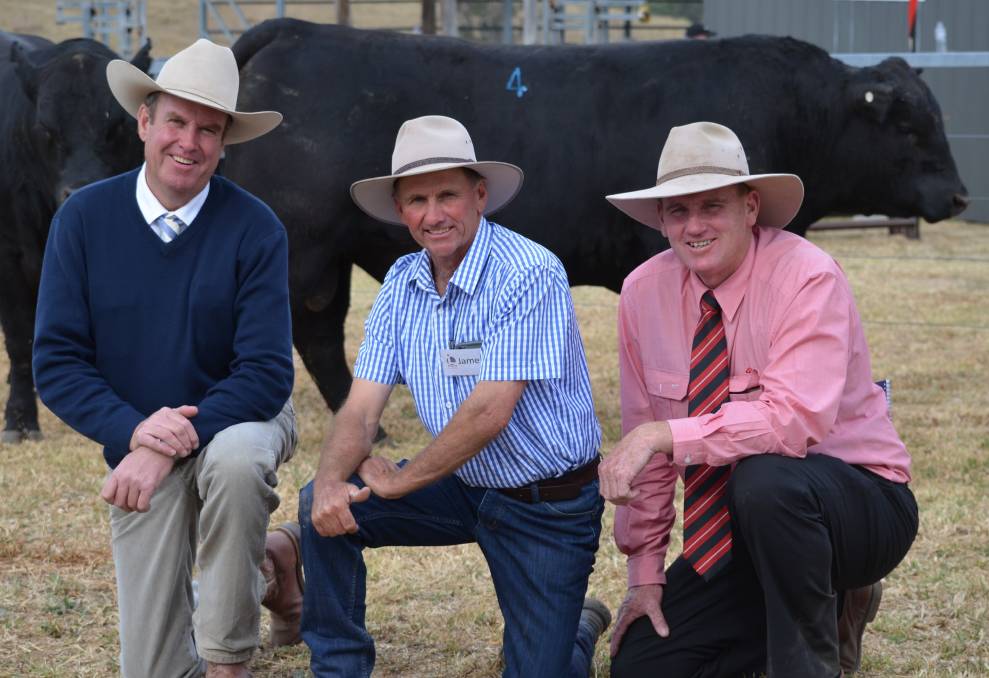 Angus bulls were in hot demand during Knowla Livestock's 10th annual sale, with all 70 bulls selling to average $8028.

The 10th annual Knowla Livestock sale was once again an outstanding result for the Laurie family of Moppy near Gloucester, with a 100 per cent clearance.

Given the widespread drought across the state, Knowla stud principals James and Ted Laurie, were delighted with the sale.

The 23-month-old son of Dunoon Highpoint H744 (AI) from Knowla Panda H119 weighed 932 kilograms with a measurement of 47 centimetres in the scrotal circumference. It had estimated breeding values in the top one pc of the breed for 200-, 400- and 600-day weights, and was in the top 10pc for the Angus Breeding Index.

The largest volume buyer was Plumthorpe Pastoral from Barraba, who purchased a draft of ten bulls to a top of $12,000 for Knowla Major M154, and an average of $9200.

Other multiple purchasers were; Tisch Partnership, Werris Creek, who secured six bull for a top of $12,000 for Knowla Mandella M121 (AI), and John Stidolph, Buladelah and Waukivory, purchased three light birth weight, calving ease bulls for an average of $10,000.

All 106 un-joined Angus yearling heifers offered on the day were sold to average $1050.

The sale was conducted by Elders Walcha with Paul Dooley, Tamworth, taking bids as the auctioneer.