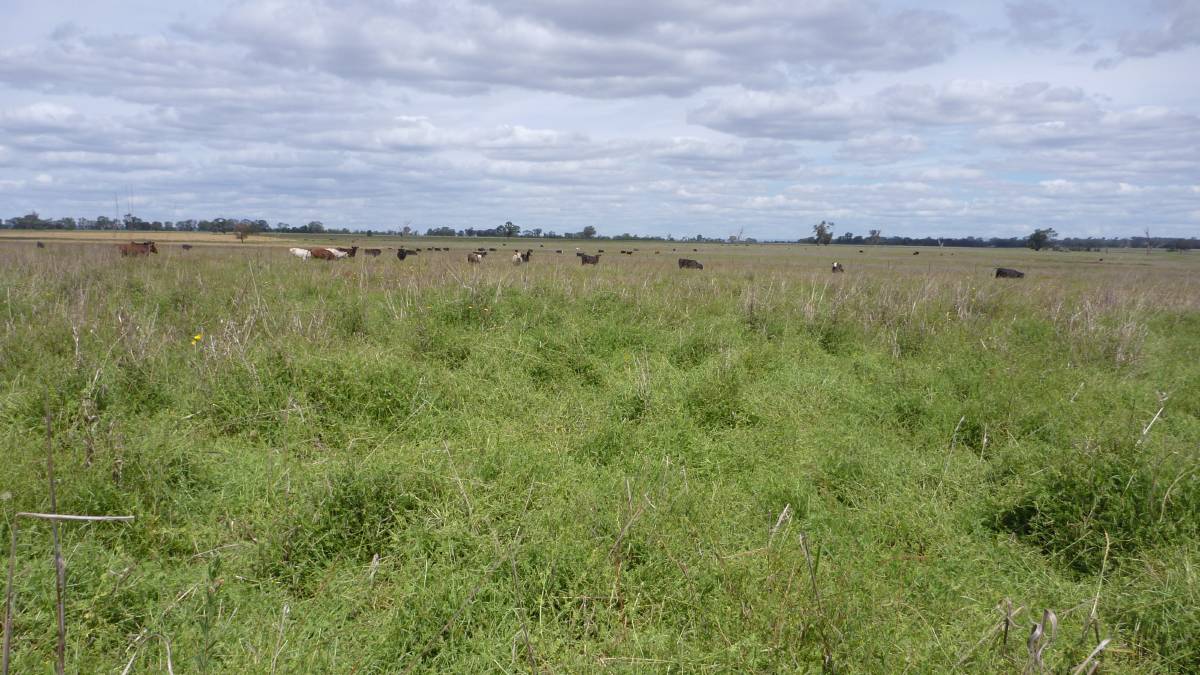 Surveys show 81 percent of mixed farmers intend to expand long-term pastures like this of winter legumes combined with tropical grasses.

Farm surveys indicate 81 percent of mixed farmers intend to expand their area established to long-term pastures such as this one of winter legumes like serradella and biserrula combined with tropical grasses.

My interpretation of the preliminary survey data is that a high percentage of farmers are proactive and upgrading their farms.

Tooraweenah is a typical mixed farming area now experiencing a swing to more livestock production and embracing many upgrades in productivity, land management and soil care based on sound science.

Average area of land managed by the survey group was 1570ha.

Native pastures, often on non-arable country, commonly improved via fertiliser and added annual legumes, comprises much of the remaining land use.

Dr Hackney reported that producers indicated that their current feed base failed to allow them to sell or maintain livestock at the weight or condition score they desired 46 percent of the time.

Despite identified feed issues more than 70 percent indicated they were mainly turning off livestock in 'finished' rather than 'store' condition.

These were seen as critical restrictions on their capacity to achieve livestock production targets.

Note all these estimates were pre drought.

Fertiliser use seemed to be noted by the surveyed farmers as a key issue associated with productivity expansion.

Producers rated the persistence of their long-term pastures at 65/100 and 60/100 for lucerne-only pasture. This indicates persistence issues.

More than 80 percent of landholders reported using various degrees of rotational grazing across their pasture base.

A further 140 landholders from other central west, central tablelands and Riverina areas have been surveyed Dr Hackney reports.

These will provide an excellent base to assess current landholders view to changing enterprise and management trends.

Next week: Update on more winter crop varieties for 2019.