Michael watched his prospects of keeping the family farm diminish before his eyes. 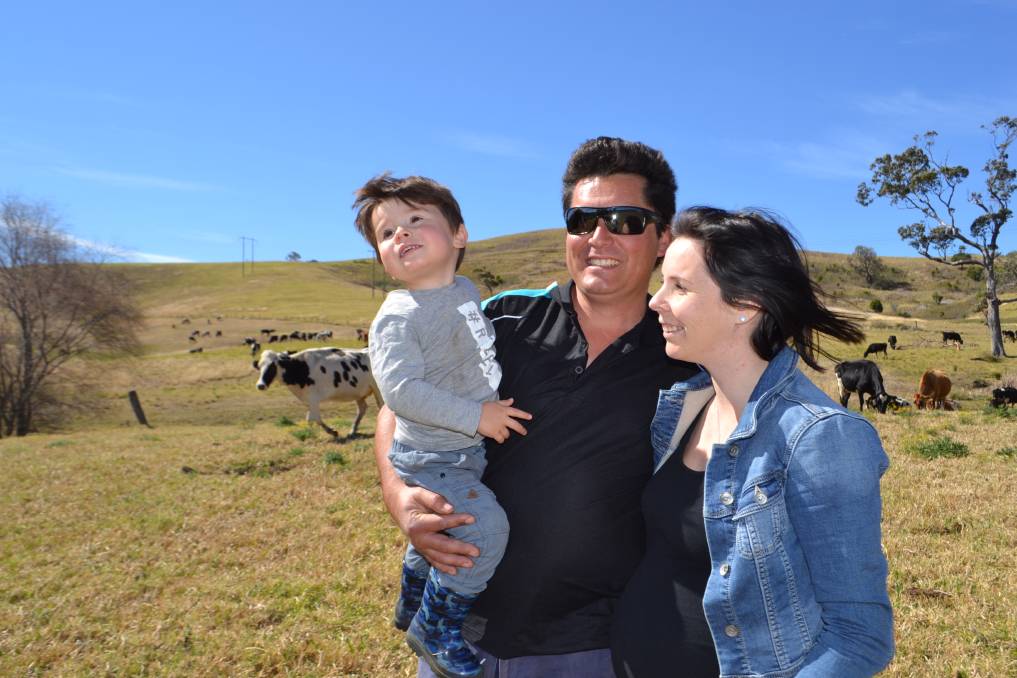 A drought-striken Jamberoo dairy farmer reached out for help, and found relief through his neighbour and drought funding campaigner Jason Maloney.

Jamberoo Road farmer Michael Harris has been working 12 hours a day, seven days a week to keep the dairy running, take care of his pregnant partner Natalie Fava, and put food on the table for their three children, and his brother living with a disability, Randall.

For months, Michael watched the prospect of keeping the family farm diminish before his eyes, like the grass on his land.

Day by day, yellowing grass turned brown, until his skinny herd of cows had chewed through every last paddock.

Michael was heartbroken – his beloved late father established the farm in 1977, and handed it to him when he died.

Michael was just 26 at the time.

“12 years ago dad died, and I had to take over,” Michael said. “It was always his dream to have a son take over, so that’s what I did.

“I try to keep it going and his legacy going.”

At this stage, Jason Maloney’s Go Fund Me campaign had gone viral and $300,000 had been donated to the local drought relief fund.

Knowing Michael’s situation, friends and even acquaintances encouraged him to contact Jason.

Within a week, Jason had paid off Michael’s ominous feed bill, meaning Michael could afford fertiliser, in the hope rain would come, and his grass would grow again.

“Being able to help these guys out, I’m speechless about it,” Jason said.

“The gratitude on their faces is something I’ll never forget.”

Natalie took to social media to break the good news and thank those who contributed to the fund.

“Never have we come so close to shutting the dairy gates for good,” she said.

“To watch the fatigue and worry in your partner’s eyes when he comes home from another long day, trying so hard to keep from giving up what has been his entire life, the life his own father worked hard for, the only life his brother knows and would be lost without. (It was) slowly breaking him.

Very hard to watch or even explain to people, not everyone understands why we fight so hard to stay a part of the land. But this is our life.

“So we have been given a helping hand and pray for rain for farmers everywhere.

"To everyone that has donated, thank you.

“We need to continue the support especially to those out west, who I cannot truly know their personal battle, but I understand their fight.”

In late August, 54mm of rain fell in Kiama.

It was exactly what they had been hoping and praying for.

Meanwhile, Jason’s fund has been able to assist a number of dairy farmers in the region from Nowra to the Southern Highlands.

Most of it has been distributed.

“The situation is, the drought has been going on for that long now, Michael reached out to me and asked for help,” Jason said.

“I’d love to be able to help more farmers out.

There’s not an endless pool of money there, the price of feed has just gone through the roof, it doesn’t last long.