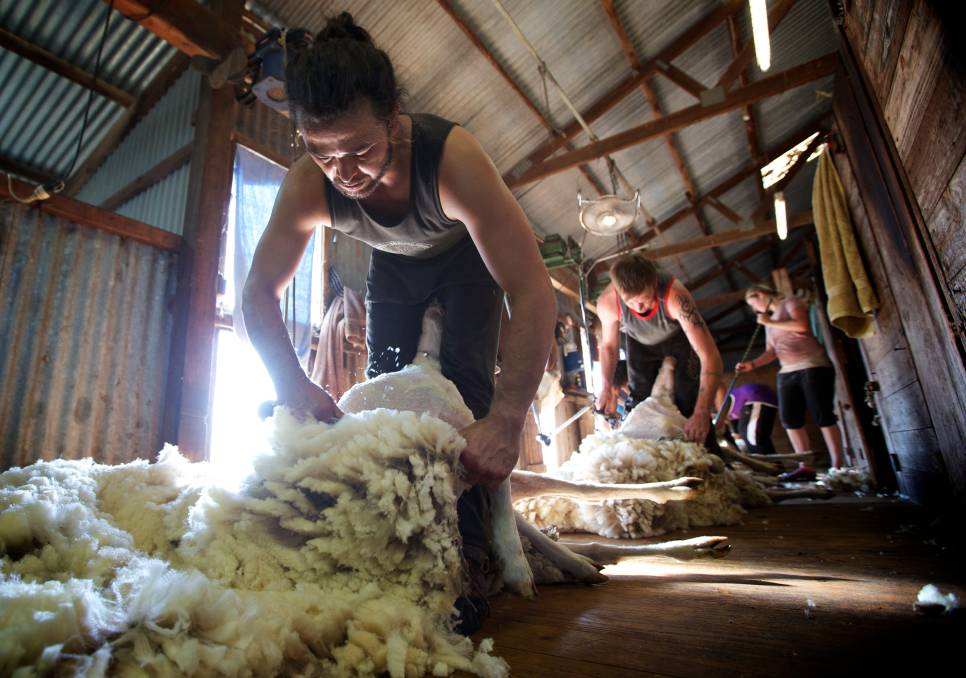 Shearing on one of Hassad Australia's numerous farming aggregations accumulated since 2010, but now in the final stages of being sold off to Macquarie Group.

Hot on the heels of Hassad Australia’s record-breaking $70 million “Telopea Downs” sale in western Victoria last month, the Qatari company is poised to offload still more of its farmland in a major deal with Macquarie Group.

Macquarie is already a big agricultural land investor with a diverse 4.5 million hectare spread of cropping, grazing and horticulture assets in Australia and Brazil.

It is now expected to become a part investor in a Macquarie-controlled fund owning and operating the rural holdings it is divesting in NSW, Victoria, South Australia and Western Australia.

Both parties have declined to say when the sale is due to be official.

Their move is the latest in a surge of high profile corporate property wheeling and dealing in the agricultural space.

The sale will need Webster shareholder approval in October.

Hancock has also bought the 10,000-head capacity Gunnee Feedlot and surrounding farm at Delungra in northern NSW from Sundown Pastoral Company, which complements Hancock’s 2016 purchase of the Maydan Feedlot at Warwick, Queensland.

Hancock’s latest acquisitions will ensure it can further boost its Wagyu beef breeding and growing capacity.

“The properties are conveniently in between our high quality Wagyu breeding properties near Dubbo and Roma, adding further growth opportunities and scale benefits for management,” Mrs Rinehart said.

“Now that it’s compulsory to advertise anything worth more than $15m there’s more property coming to the attention of potential local buyers who may not have been as aware of the opportunities before.”

He said regardless of the frustration some farmers may feel about competing for land against cashed-up big players like Macquarie Group, Macquarie’s Lawson Grains business was unquestionably one of Australia’s best run cropping businesses.

The deal would also see the Robinson’s Australian Food and Fibre business quit its 69m shares in Webster while PSP Investments takes up a 19.15 per cent stake.

Webster has only owned the Bengerang operations for three years, but has opted to offload its northern assets to focus on its core horticultural, agricultural and grazing operations in South West NSW, South Australia and Tasmania.

Chairman, Chris Corrigan, said while Webster’s irrigated crop area would shrink from 24,500ha to 15,000ha, development work at its “Kooba” property at Darlington Point and Hay should rebuild its irrigation area to 20,000ha next year.

“Sale proceeds will provide additional funding capacity for our continued investment in a more geographically concentrated portfolio,” he said.

Meanwhile, Macquarie Group’s Hassad acquisition is shaping up as Australia’s biggest farmland deal since the 2016 sale of S. Kidman and Company to Gina Rinehart and her joint venture partner Shanghai Cred.

Macquarie will pick up the 2100ha Cummins aggregation on SA’s Eyre Peninsula, which was previously offered by Hassad last year when it sold “Glendale” and “Ungarra” in SA and the famed Raby Station in Central West NSW.

In August Hassad settled on the sale of its 11-property “Telopea Downs” aggregation on the Victoria-SA border to the family-owned company A.J. and P.A. McBride, considered to be the most expensive farm transaction ever made in Victoria.