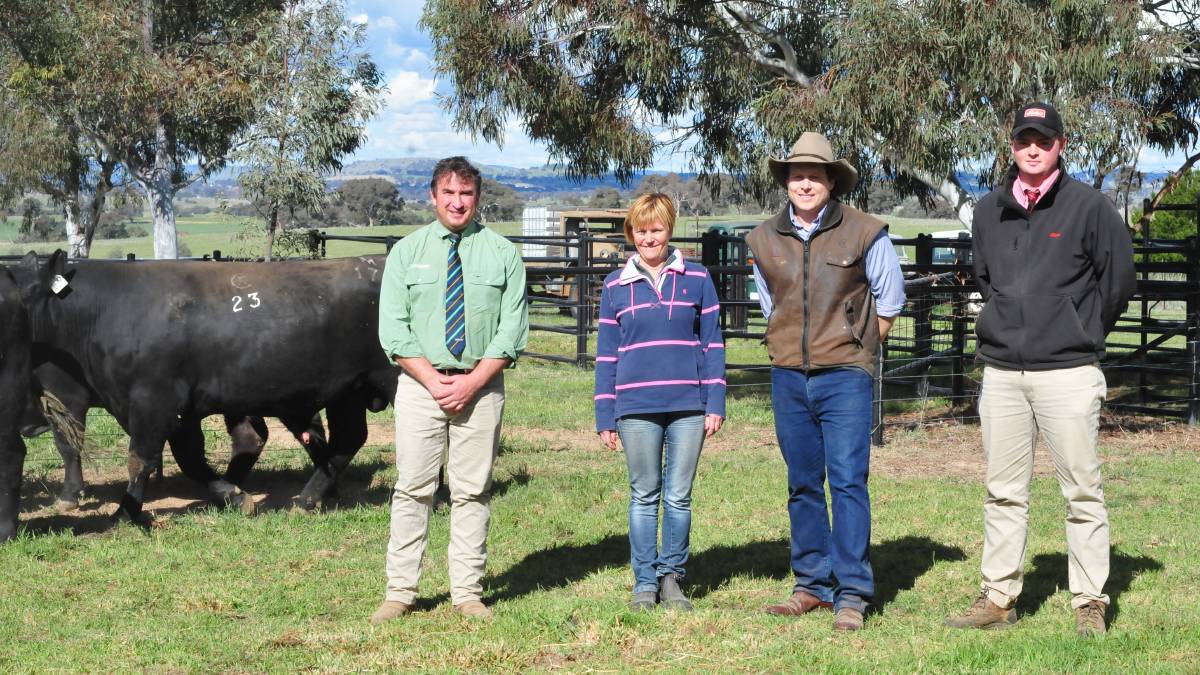 $11,500 was the sale high last week at Kenny’s Creek Angus, Hillgrove, Boorowa, where the stud held their spring bull sale.

KENNY’S Creek Angus hit a sale top of $11,500 and cleared 90 per cent of its sale draft on last week during the stud’s annual spring bull sale at Hillgrove, Boorowa.

Stud principal Sam Burton Taylor, Boorowa, said the bulls they offered that were used within the herd brought good money in the sale ring.

The 26-month-old bull was by Kenny’s Creek Berkley H16 from Kenny’s Creek Patriot K247, and weighed 748 kilograms with a scrotal circumference of 36 centimetres.

Weighing 766kg it was by Sydgen Blackpearl 2006 from Kenny’s Creek Wilcoola H633. It had been used within the Kenny’s Creek herd, and semen had been collected for future use.

A total of 57 bulls were sold of the 63 offered on account of the Burton Taylor family, for a 90 per cent clearance and a $5325 average.

Overall the Burton Taylor family cleared 90pc with 57 bulls sold of the 63 on offer for an average of $5325.

Landmark settled the sale with Mark Barton and Tim Woodham, both of Wagga Wagga, as the auctioneers.