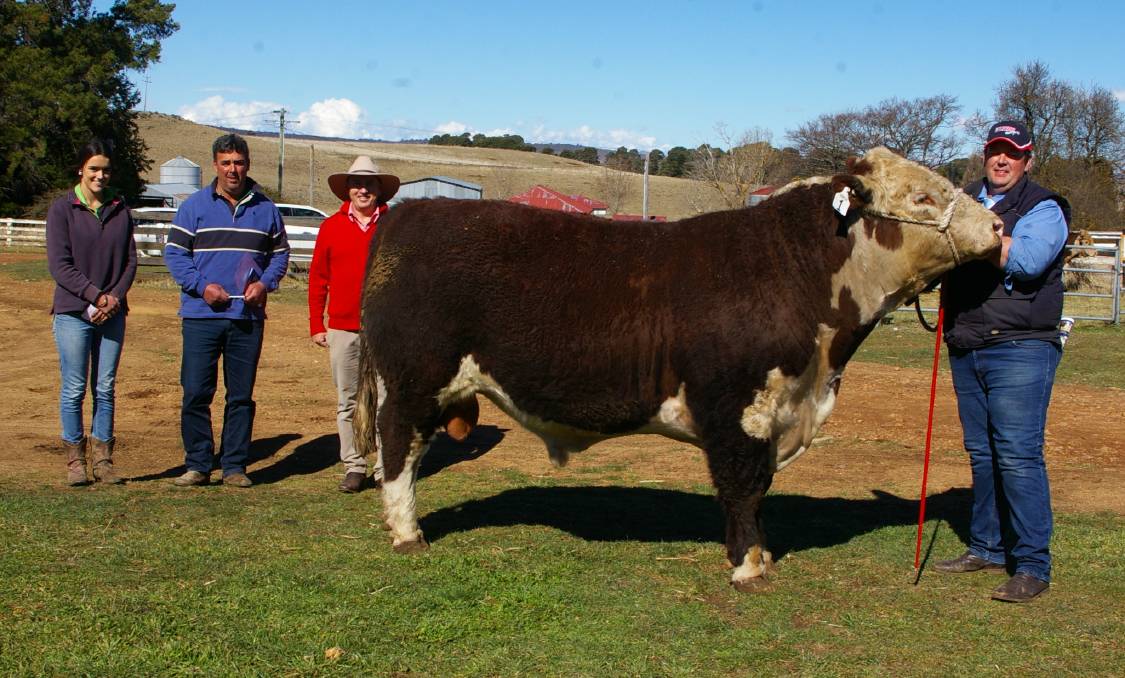 The $7000 sale-topper, Gunyah Dundee, was secured by Victoria commercial producers the McIntosh family from Yackandandah. Sired by multiple ribbon winner, Tycolah Jovial F77, and from Gunyah Cora C181, it tipped the scales at 920 kilograms at 26 months of age.

Mr McIntosh added a total of three bulls to his bull battery, paying an average of $5167 for his selections.

The second top price of $5500 was hit twice by another two sons of the 2012 Urquart Trophy winning bull, Tycolah Jovial F77, who was purchased in partnership by the Gunyah stud for $80,000. Since the stud have acquired 90pc share in the sire.

At 25-months-old Dalgety weighed 818kg and was from Gunyah Loyal F185. It was one of two purchases made by Buckendowra who averaged $4250 for the pair.