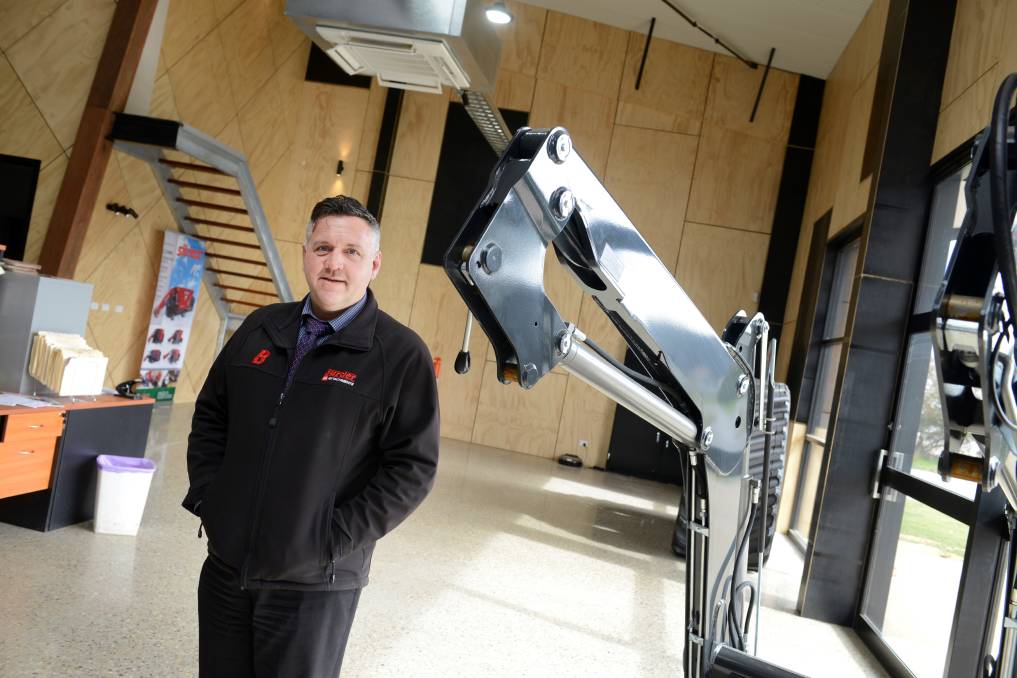 As the CEO of one Wangaratta's largest employers, Adam Fendyk knows all too well the importance of buying Australian made.

As fifty seven per cent of Queensland and the entirety of NSW struggle through one of the worst droughts in recent memory, it’s important for all of us to make sure every cent that can support local economies does, says Burder Ag Attachments CEO Adam Fendyk (pictured).

The Wangaratta based business man knows all too well the effects drought can have on everybody’s bottom lines. As one of the nation’s leading manufacturers of custom built front end loaders and forklifts, his company’s fortunes are inextricably tied to that of the farmers he serves. When times are good, he has a good year. When it’s tight, things are tough all over.

That’s why, he says, locals should do all they can to help support their local farmers markets and buy within the region where possible. Similarly, primary producers need to ensure that when they spend money on machinery they aren’t needlessly sending it offshore.

According to the 2016 Census, more than 683,000 Australians are employed by the manufacturing industry, however we lost close to 220,000 jobs to foreign markets over the five years prior. Burder Ag Attachments is the third largest employer in Wangaratta and has facilities in both Port Kennedy and Towoomba.

“When you buy something from overseas it’s not just your money that’s leaving the country. You’re also making it difficult for a skilled Australian worker to get a job in this country,” he explained. - Burder Ag Attachments CEO Adam Fendyk.

Mr Fendyk said the multiplier effect of wages from his factories injected close to $15m into local economies, whereas buying imported goods netted significantly less. He also pointed out that while there might be a buck to be saved at the time of purchase, it could wind up costing all of us significantly more in the long run.

“When you buy something from overseas it’s not just your money that’s leaving the country. You’re also making it difficult for a skilled Australian worker to get a job in this country,” he explained.

”If Australian made goods are fit for purpose, if they’re robust, if they have the longevity of the competitors and are within striking distance of a comparable product but they’re ten per cent more expensive, it’s really not that much...”

Mr Fendyk was also quick to point out that one of the reasons some foreign competitors were able to bring down production costs was through a lack of regulations in their own countries, which could see them adhere to different standards to what we expect.

Not only do Australian manufacturers pay high wages and strongly enforce workplace health and safety, factories like his own take their environmental obligations seriously too, including carbon emission reduction.

“We’re a low impact site but what we have in place is a massive solar generation facility, we have 1400 panels, so for four months over summer we were completely off the grid, we didn’t have a power bill at all,” he said.

“The solar power we generate here is enough to power 130 houses and take hundreds of cars off the road. So we’re pretty green when it comes to that side of our business. We also recycle things inside the factory... For example, we extract the thinners out of the paint and reuse it as gunwash, I know it sounds small but at the end of the day it is important because it means it’s not going into landfill.”

While Burder might not be “biggest” and “cheapest” company in the agricultural attachment space, the family owned Aussie company has  some advantages their overseas competitors don’t. Firstly, their capacity to customise for individual client needs is second to none. Additionally, their speed to market is also unrivaled.

Where it might take a competitor months to design, manufacture and import a front end loader for their latest model of tractor, Burder can have one specially made and fitted within three weeks. All of their equipment is also fitted with mechanical self-leveling and efficiency systems, which helps save the lives of Australian farmers.

Quality control is another essential component for the business. In fact, their 27 year reputation is staked upon it. Not only do they rigorously test their equipment before sending to market they also listen intently to their customers when there is a problem and work hard to address it.

Mr Fendyk said the closeness of their relationship with their clients was what allowed them to drive improvement and “continue to make products that are good, tough and reliable.”

“When we’re all feeling the pain let’s make sure we keep our jobs local by buying local products when and where we can,” he said.

“(Because) if you choose the imported one over the local one then that’s 80c on the dollar that’s leaving the country.”