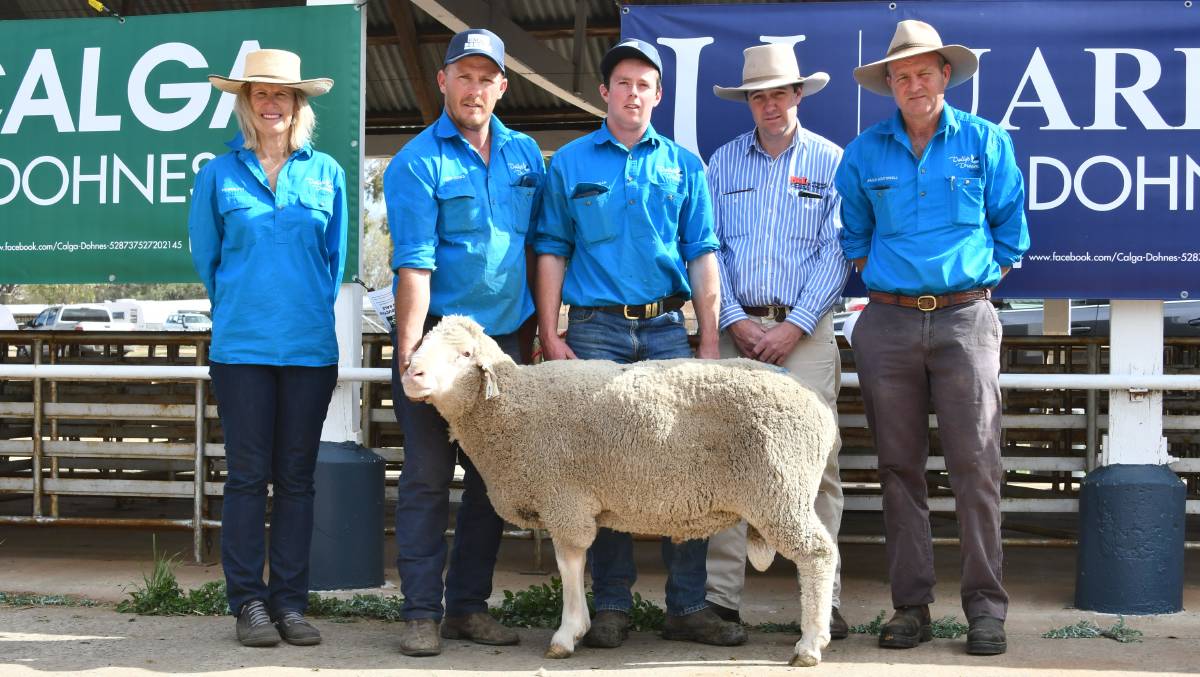 Calga Dohne production sale sold 64 of 70 rams to top at $5000 and average $1619 at the Coonamble showgrounds on Wednesday.

EARLY growth and fleece weighs were the attributes buyers were chasing at the 14th annual Calga Dohne production sale held at the Coonamble showgrounds on Wednesday.

This was the first time the Macquarie Dohne Stud had purchased from Calga.

The husband and wife duo run a straight Dohne operation joining 2500-3000 ewes annually and find the Calga rams do well in their environment and have improved the wool, frame and lambing percentage in their flock.

Malcolm Webb, Miagunnyah, Tooraweenah hasn’t missed a sale in 14 years and can track his connection back to Calga’s Merino days before Dohne.

Mr Webb purchased 12 rams from the sale to average $1567 and selected on body and fleece weight.

Joining around 4000 Dohne ewes annually, Mr Webb who uses exclusively Calga bloodlines averages 18-micron for his lambs and 20-micron for ewes and said quicker growth rates, hardiness and high fertility were the reasons he is loyal to the Calga program.

Included in Mr Rainbow’s draft was a charity ram purchased for $1400 with all proceeds being donated to Dolly’s Dream.

Studmaster, Jason Southwell was especially thankful to the buyers and under-bidders who attended the sale considering the season.

“We focus our stud breeding program on commercial traits that get our clients more profitability including early growth and fleece weight” said Mr Southwell.

The sale was settled by Glasser Total Sales Management with Nick Fogarty, Bowe and Lidbury as the guest auctioneer.