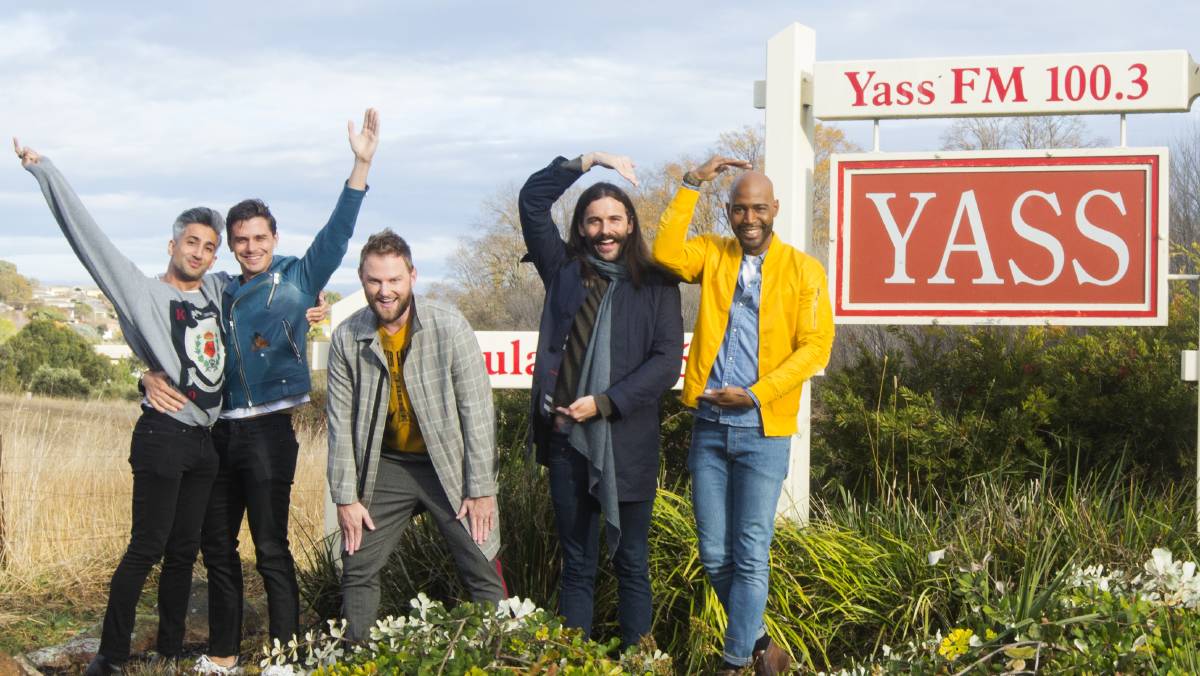 Yass gets a Queer Eye makeover, and shines!

THE effect of a major Netflix show coming to Yass cannot be underestimated. The arrival of five overtly gay makeover stars in town created a mass of interest that is still giving.

Queer Eye is the latest version of the Queer Eye for a Straight Guy series of some years ago, but this time the show picks a remote area to help along with a bit of queer pizzaz.

Yass was chosen of all places and the Yass Shire Council was quick to respond with a “yes”, even crowning the comperes as Queens of Yass when they arrived.

It came about after the son of a local cattle farmer “dobbed in” his dad for the show, and the producers took up the offer.

It ended up having a dramatic effect on all involved including the Yass bistro the boys from Queer Eye also gave a makoever to.

But George the Yass farmer received  a major clothes and hair update. And it was timely for George who had suffered much in his life in the last few years.

The made over George stunned his son Levi and brought them closer together with tears. Enough for Levi to declare George was “the best dad ever”. And the boys from Queer Eye were impressed with the new look George and were teary as well.

They also advised George he’d “better get that tooth fixed”.

“I’ve never seen him in those kind of shoes,” Levi declared.

Yass mayor Rowena Abbey said the show was publicity you could not buy. Wherever she goes she is asked about Yass’s big day on Queer Eye.

The quintet of stars - Karamo Brown, Jonathan Van Ness, Tan France, Bobby Berk, and Antoni Porowski –  recently picked up two awards at the Creative Arts Emmys ceremony in the US and were on stage at the Emmy Awards this week. On Rotten Tomoatoes tv ratings it gets a five star rating as show.