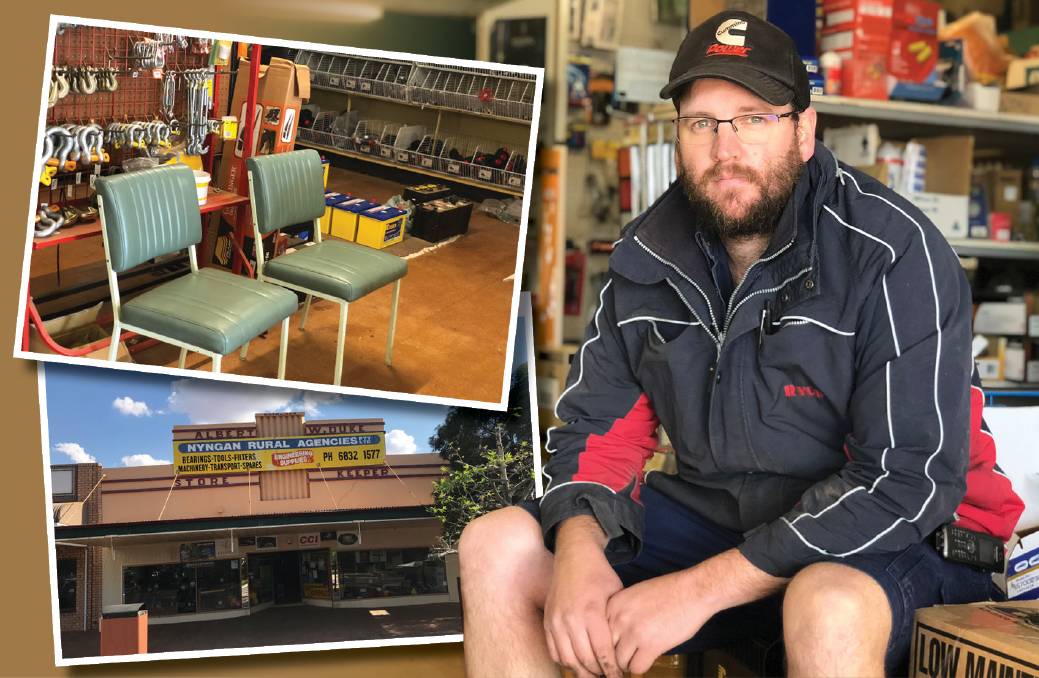 Sam Wear from Nyngan Rural Agencies with an insert of the two chairs where farmers sit and chat.

At Nyngan two green chairs have become an impromptu forum for farmers to discuss everything from sport to the weather.

The chairs aren’t just a resting place to wait for supplies, they have become a spot where farmers can travel up to hundreds of kilometres to discuss politics, sport and the weather to take their mind off drought.

“Blokes who might not have seen each other for a long time, catch up and talk about the good times and the bad times. It’s a chance to talk about something other than the drought.”

As the drought continues, it’s not just farmers affected by the dry conditions, there is a flow-on affect with businesses across the state feeling the pinch. Like the adage goes when farmers thrive so do the communities that rely on agriculture to survive. 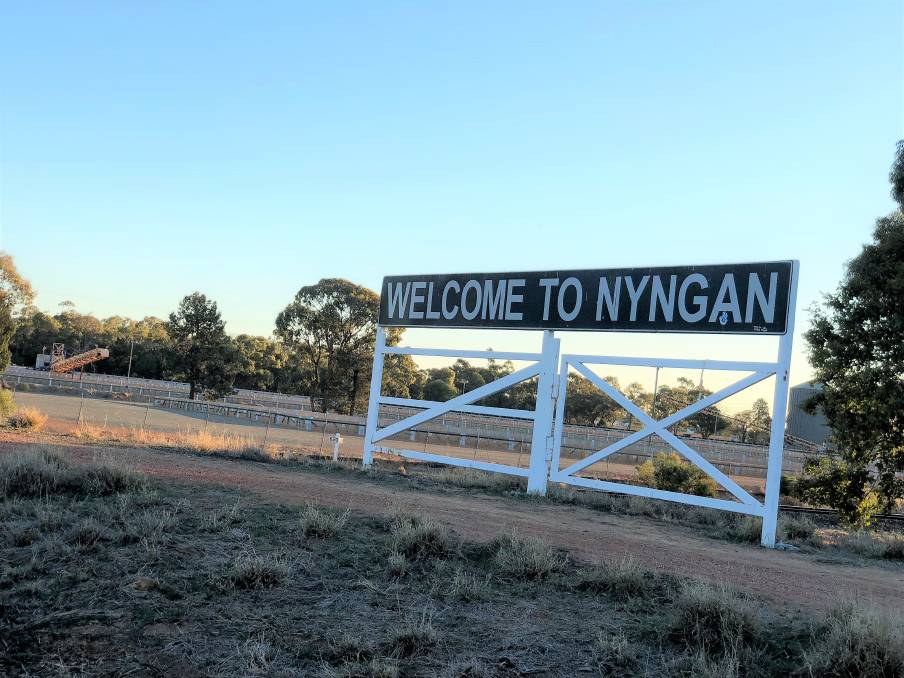 The town of Nyngan is located on the Bogan River between Narromine and Bourke. Photos by Samantha Townsend.

“This time of the year we are usually getting ready for harvest but at this stage there will be nothing,” Mr Wear said.

“It will rain again and the good times will flow, we just have to get through until then.”

Nyngan, which is situated on the Bogan River between Narromine and Bourke, derives it names from the Aboriginal word nyingan meaning “long pond with many birds’.

In the early 1880s there were about four hotels, three banks and various stores including the current Nyngan Rural Agencies building, which sits in the town’s main street. The building that dates back to 1888 was an emporium in those days selling everything from bread and saddles.

In 1917, the business was sold to Albert Duke, who grew the store and named it Albert W Duke. It now sells rural supplies to the region’s farmers.

“It probably saw many farmers catch up over the years,” owner Peter Rees said.

But he said the supplies store was like many places in Nyngan for out of town cockies to catch up with friends.

“Not everyone plays rugby league or rugby union and this is their chance to say hi,” Mr Rees said.

“Sometimes they sit on those chairs in the store, sometimes they stand around them. But at the end of the day people just want to yarn.

“They tell me I should have a lounge and coffee machine but then I wouldn’t get rid of them.”

Mr Rees, who has owned the business for 20 years, recalls many years ago when two farmers – one who lived 120km to the north of Nyngan and one that lived 50km to the south – ran into each other in the store.

“They worked out it had been 21 years since they had seen each other,” he said.

Despite the impact of drought on the local economy, Mr Rees said Nyngan would weather the storm.

“We tend to be prepared for dry spells out here and it will rain there is no doubt about it,” he said.

“People know it’s important that businesses in town survive so they might not need anything but they come and buy a tin of grease to help business tick over.

Bogan Shire Mayor Ray Donald said the council had established a drought appeal fund where residents of the shire could apply for up to $500 in vouchers to be spent at local businesses.

Meanwhile the NSW Business Chamber of Commerce survey, which heard from more than 1000 respondents across the state, highlighted the need for immediate practical assistance to support NSW communities through this tough period

“The impact on primary producers needs to be front of mind. However, the drought is also affecting regional businesses at all parts of the supply chain including retailers, manufacturers, construction, and tourism operators,” Chamber Chief Executive, Stephen Cartwright said.

“Cash flow is a huge concern with 80 per cent of surveyed businesses indicating their cash flow had been adversely impacted.”

While the main answer is rain, the chamber would like to see a suite of practical and targeted measures implemented to support businesses, including:

“Australians are known for their generosity and the importance of a fair go. These communities provide us with the essentials so it is only right that we all chip in to assist them through this difficult period,” Mr Cartwright said.