Proponents of farm income protection are not disheartened by the lack of an announcement at last week's drought summit, saying there had been positive meetings in recent weeks and that the topic was once again a talking point in Canberra. 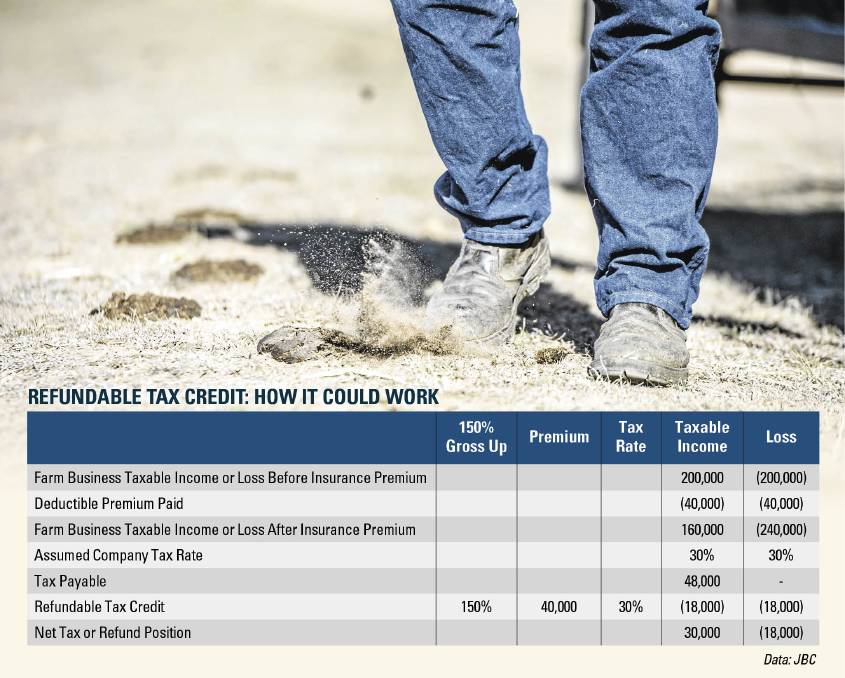 On the table: Insurance industry experts believe a refundable tax credit is critical to bringing multi-peril crop or farm income protection insurance premiums down to a level where farmers will be happy to take out cover.

THE agriculture sector remains committed to pushing for government to provide backing for a farm income protection service in spite of no funding announcements being made on the topic at last week’s drought summit.

The farming rumour mill went into overdrive late last week with suggestions that a refundable tax incentive for farm income protection/multi-peril crop insurance would form a central plank of any drought aid policy announcements out of the summit.

However, in spite of the government unveiling a $5 billion drought fund there was no money for multi-peril crop insurance.

But proponents of farm income protection are not disheartened, saying there had been positive meetings in recent weeks and that the topic was once again a talking point in Canberra.

The type of government support is critical according to insurance specialists, who say experience in other countries show farmers will not pay high premiums for an MPCI-type product.

Tax expert John Thomson, director of WA-based JBC, said using a refundable tax credit, the cost of the insurance policy could be brought back to effectively 2.2 per cent of gross revenue.

“Globally, that seems to be the point that farmers are happy to pay for insurance,” Mr Thomson said.

“Having that tax credit fully refundable is the critical element for it to work.”

MPs and farm groups have promoted MPCI with statements backing the scheme.

The National Farmers’ Federation called for MPCI, extending farm management deposits to tax-free thresholds for off-farm income and to businesses, and research and development tax incentives for climate risk management.

However, Andrew Weidemann, Grain Producers Australia chairman, was cautious about the political will to get a working MPCI product up. We’ve been here before and things haven’t progressed, so while it’s really heartening to see people talking about MPCI and farm income protection, I’d like to see something formal before getting too excited.”

Mr Weidemann also said he felt the private sector would need to play a critical role in protecting against climate variability.

“Obviously there are the insurers themselves, but I also think the banks will be important.”

Mr Weidemann also questioned the timing of the work.

“There’s an old saying that drought is not the best time to do work on drought policy, and I’d question the merit in rushing through any policies that come up while people are in the grips of drought and very emotional about the topic.”

It remains to be seen if the government commits to funding a catastrophic bond to underwrite the MPCI market. A catastrophic bond would support a funding pool that accredited providers could draw on in worst-loss scenarios, like compulsory third party insurance for road vehicles.