A large yarding of mixed quality cattle and a lack of follow up rain in the north didn’t impact prices at Wodonga as much as might have been expected. 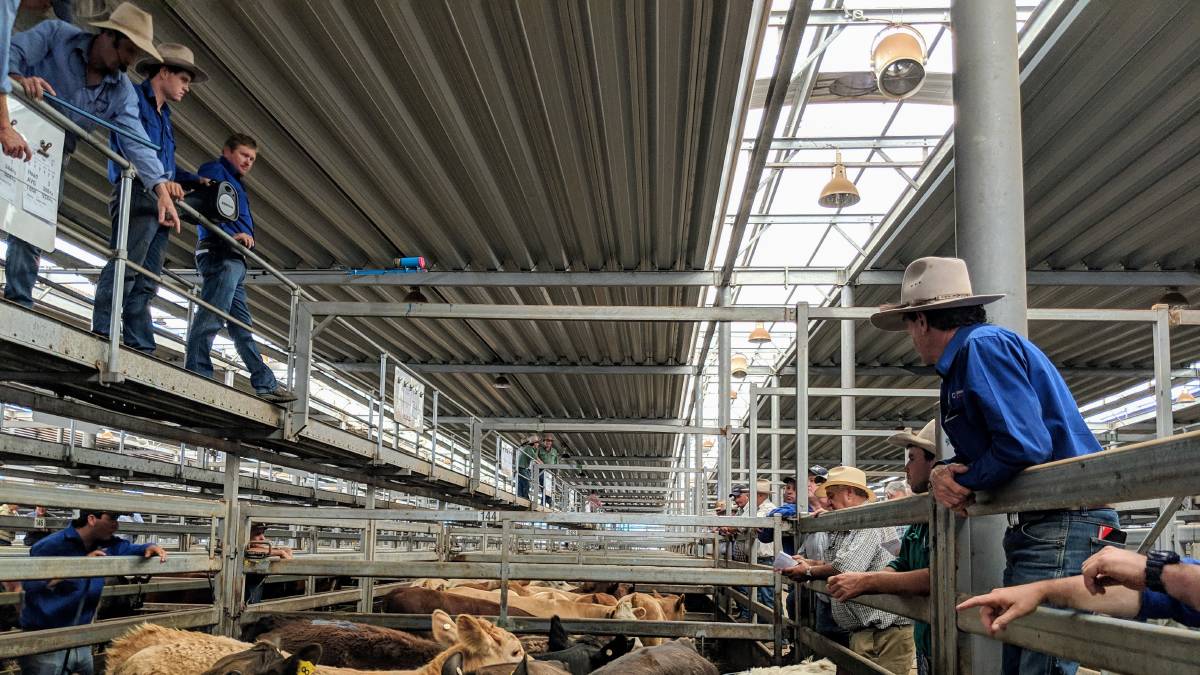 A large yarding of mixed quality cattle and a lack of follow up rain in the north didn’t impact prices at Wodonga as much as might have been expected.

The advertised 1500 yarding grew to 3500 by the time the Elders, Landmark and Corcoran Parker sale got underway, but prices held relatively firm for cattle with weight and cover.

Northern orders were limited to Ray White Dorrigo, NSW, and a load headed to Roma, Queensland, through Corcoran Parker, while Ravensworth feedlot at Hay was active.

Agents said tentative orders from central and northern NSW had been called off earlier in the week, as more rain didn’t arrive and the confidence that flooded the market at the previous sale ebbed away.

Corcoran Parker director Cameron Hilton said a lack of follow up rain after last fortnights falls meant there was no northern influence on the sale, and with the temperature reaching close to 40 degrees at the time of the sale, numbers swelled as producers faced the season cutting out early.

“Lighter steers were out to 350c/kg, so they were dearer, and the cows and calves sold well, while heifers might have been 10c/kg cheaper,” he said.

“The locals were opportunist buying, selective on the top end because of varied weight, but it held up well considering a lack of outside buying interest.”

Local agents and regular commission buyers, made up almost the entirety of the crowd, as few restockers and onlookers braved the heat in the shed.

The top priced line of breeding females was a pen of 15 first calf Angus, 566kg, with 15 seven month old Table Top-blood calves at foot, 10 of which were steers and all averaging 301kg.

The cows, offered by Kelhaven Propriety Limited at Brockelsby, NSW, were depastured to a Charolais bull and purchased by Daniel Craddock, Corcoran Parker.

Mr Craddock said they were headed to a client at Myrrhee, who was swapping over to a pure Angus herd, and the $1280 price tag was well worth it.

“It makes sense as they are getting good money for older lower quality cows to slaughter, and you don’t see many lines like this around,” he said.

Prices varied from $800 to $1700 for the remainder of the cow and calf packages, with weight and quality influencing demand.

A number of pens, such as a line of 17 Angus cow, 533kg, with two to eight week old Limousin calves at foot making $1160, sold for close to slaughter value for the cows, presenting good buyers for those with the ability to feed them through the summer.

The Booth family from “Humewood”, Booligal, NSW, dispersed the last of their Hereford herd, selling 92 first to fourth calving cows with calves from $820 to $1040.

Any Angus steers of better quality 300kg and below sold above 300c/kg, with a few of the lightest pens out to 350c/kg, but demand dropped off significantly at the back end of the run with rates dropping down between 220-250c/kg.

The best of the Hereford, Shorthorn and Euro calves sold mainly at 270-285c/kg, but again dropped off significantly was weight and type dipped.