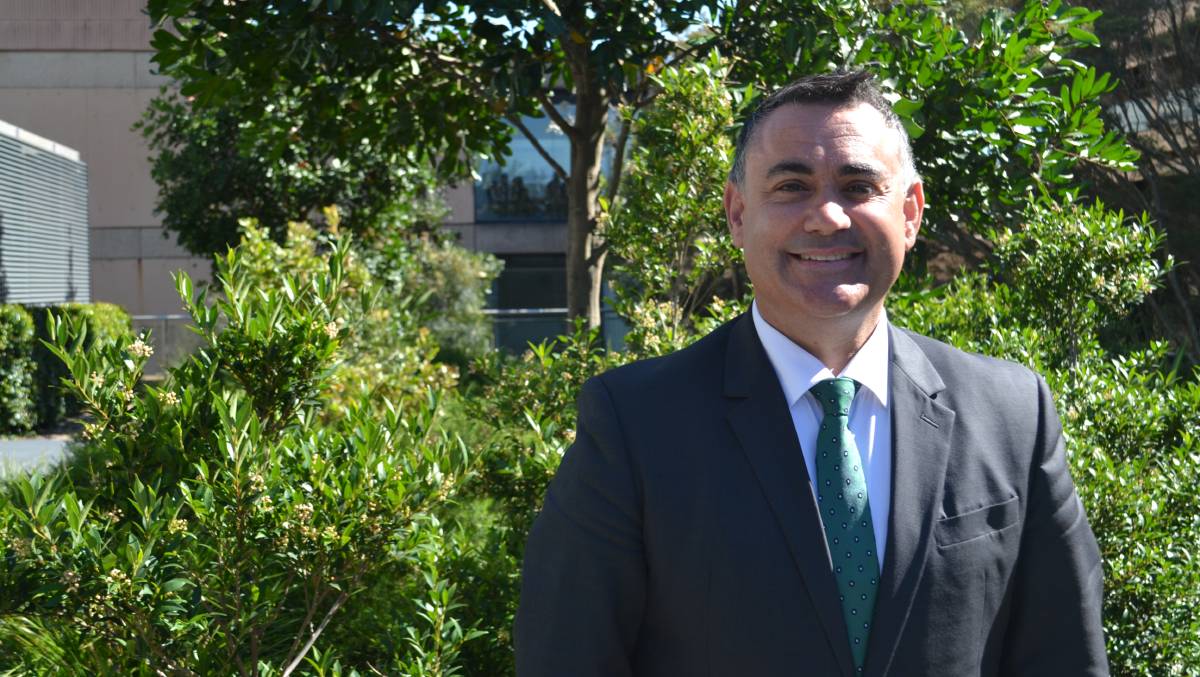 Robert Gibbons has serious concerns about what the NSW government can offer the regions.

THE best that our federal and state governments can offer distressed rural regions does not inspire confidence that we will see results anytime soon.

On October 23, NSW Nationals’ leader John Barilaro had said that “absolutely …”, western district farmers and primary producers would “benefit from a container port at Newcastle”.

Newcastle has no economic rationale for major container investment under even its own mantras.

Mr Barilaro then said NSW’s share of the Snowy Hydro Scheme would be used to deliver transformational projects that would "help secure a future" for young people in regional NSW.

He talked about more support for the Parkes intermodal terminal on the Inland Rail “bridge” that runs from Melbourne to Brisbane. Parkes gets preference over Newcastle for collating regional products under his government’s new freight and ports plan, while Newcastle and Kembla ports have no access to Inland Rail.

He added, the government was also investigating an international air freight hub to be established in a regional centre, with the aim of giving local producers "significant competitive advantages”.

Politicians seem to confuse communities and to be confused within their own Parliaments, with NSW Nationals’ Roads and Ports Minister tied to Port Botany and fighting her leader’s Newcastle push (for which he, himself denied Snowy funding);  while the federal Nationals are siding with many disastrous legacies left over from the same city-centric Turnbull’s Botany conspiracy. That includes downplaying the freight capacity at the new Badgerys Creek airport.

Inland Rail has to connect with Kembla, Botany and Newcastle, if it is to make sense.

Theoretically, if our governments were smart, that “bridge” could build community sustainability along the corridor of communities it reaches.

Sponsored by
Understanding order flow and grower selling activity will be critical to grain price action in NSW.
Test
All 169 lots were sold, to average $20,713.
Test
No more Milo: worker side perks face the chop in dispute
Test
Australian Wool Innovation levy payers are being asked to support a board capped at seven directors, along with changes to how long a director can serve for.
Test
Spring harvest begins in earnest across the state's north.
Test
Increasing demand for Aussie sheepmeat as well as a forecast of strong seasonal conditions are underpinning a favourable mid-term outlook for the industry.
Test
The Bakers are retiring from breeding after more than five decades, going out with a bang at the Victorian sale.
Test
Confidence among the local restocker group was sky-high and that meant the best of the cows with calves hit $4020 a unit.
Test