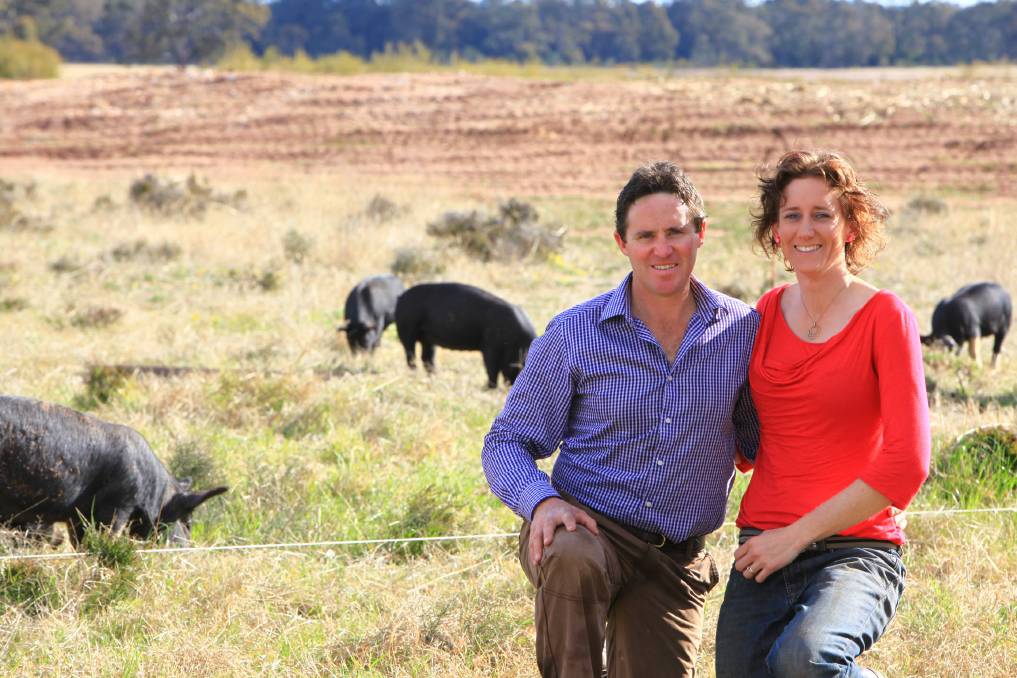 The stress incurred by animals travelling to an abattoir to be processed, let alone the costs involved, has led a Dubbo pork producer to design and create his own mobile micro abattoir within a shipping container.

Michael Hicks, along with wife Alex, owns and operates a paddock to plate free range pork business known as Extraordinary Pork on their property Trenton, Dubbo.

On their 146 hectares they run 16 Berkshire sows that are joined to a Duroc terminal boar to produce about 280 growing pigs per year.

For the Hicks’ pigs it is a long way to get the animals to the abattoir for processing Mr Hick said, which added a degree of stress on the animal.

“From being on freight for a long time, landing at a new destination, being surrounded by new animals and/or species – it is all a stressful shock to their systems,” he said.

“There’s a trend towards fewer large scale abattoirs - meaning many farmers have to transport their stock long distances for processing. This increases costs, puts stress on the animals, and reduces farmers’ ability to add value to their produce.

“Having our pigs processed on farm is something we always wanted to do, but something that seemed out of reach. Processing 280 pigs, we couldn’t justify spending $400,000 on a mobile abattoir.”

Mr Hicks said they came up with their own idea of building a processing facility in a shipping container and with funding from Jobs for NSW they were able to develop a prototype for their own design along with food safety and operating programs so other paddock to plate operates can create their own.

“We converted a shipping container into a multi-purpose facility with three rooms that can be used as an abattoir, a butcher’s room and a cool room,” he said.

“It has been designed to process small species including pigs, sheep, chickens, goats and even emus.”

The Hicks said they will be looking at marketing the design of the portable shipping container abattoir to other producers interested in doing their own on-farm processing.

“It has been licenced through NSW Food Authority who have helped with the development of the food safety and operating programs that we hope to start marketing in the next six months,” he said.

He said more consumers want free range meat and to know the provenance of their food “and our portable abattoir will allow farmers to take control of the supply chain”.

"Farmers will be able to process and market their products to new customer bases, helping them to grow their business, increase their income, control their brand and create jobs. They can also sell extra items like hides, horns and offal that abattoirs currently keep,” he said.

With the ability to now apply a high level of animal welfare standards through the entire process from paddock to plate, Michael Hicks from Extraordinary Pork, Dubbo, is excited to have more control over production.

Previously getting pigs processed off farm before bringing them home to be butchered in their on-property licenced boning room, Mr Hicks said all their own pigs are now processed through their mobile micro-abattoir.

“Animals never have to suffer stress which effects meat quality,” he said.

“Since having our own facility, we have noticed a difference in meat quality and we can only put that down to a stress effect.

“We are excited to have more control over the animal throughout the entire process.”

“At the moment we are getting a pig through every 25 minutes which we are hoping to get down to 15 to 20 minutes, fully processed after we work on it and tweak a few things,” he said.