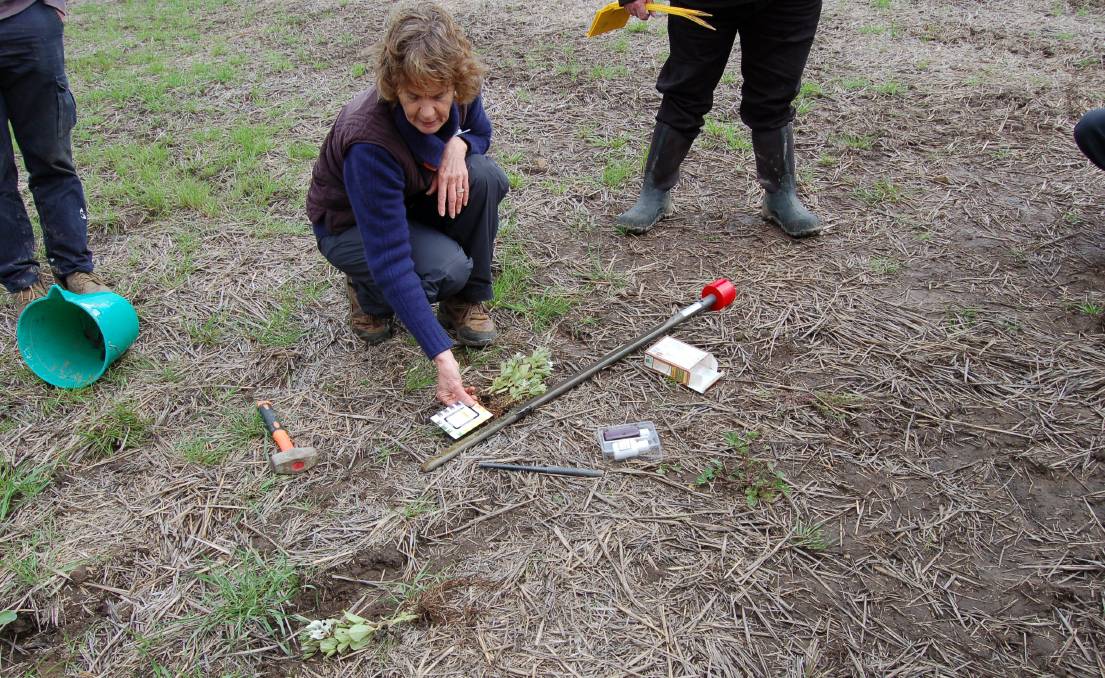 Farmers can get good crop responses from sub soil amelioration if decisions are based on good test data.

Deep soil tests, to around one metre depth or greater in some soils, commonly reveal useful data such as levels of various nutrients that can be used by plants as well as possible problems such as acidity, sodicity or high salt levels.

Such information can help with deciding a remedy or other strategies to best use in a given area.

As an example, a research project I am involved with, has examined soil profiles down to one metre depth, in 10 centimetre segments.

This is part of a national project looking at phosphorus efficient plants and is supported by the Australian Government Department of Agriculture and Water Resources as part of its Rural Research and Development for Profit program. Other funding donors  includes Meat and Livestock Australia, Dairy Australia and Australian Wool Innovation.

At one of my trial sites (Boggabri), soil phosphorus in the 0 to 10 centimetre layer, the standard layer used for determining aspects like pH, phosphorus and sulphur, was very low, 2.0 parts per million (Colwell test).

What lays within and beneath the top 5cm to 10cm soil layer, especially in relation to pH ... is important for crop and pasture type choice, as well as variety selection within a crop or pasture type.

While that is still low, it indicates useful levels of phosphorus below the top 0cm to 10cm layer.

Further down the profile phosphorus dropped to very low levels (around 4.0ppm), before rising a little after 60cm.

In contrast, phosphorus levels at a Purlewaugh site were higher in the 0cm to 10cm layer, but then dropped to very low until after 80cm.

In a soil sampling project across the Upper Talbragar and inner Central West sometimes useful phosphorus levels were present in the 10cm to 30cm layer additional to the phosphorus in the 0cm to 10cm one.

However, it was also not uncommon to find little available phosphorus below 10cm in some paddocks, especially in lighter soils.

Lime top-dressed and incorporated only via sowing in no-till, or minimum tillage systems, commonly results an elevated pH, and lime concentrated in the 0cm to 5cm soil layer.

The study commonly found severe acidic layers within 5cm to 15cm depth across a range of soil types.

This finding is critical to plant growth, especially of acid soil sensitive plants.

Lime applied in minimum tillage systems clearly commonly remained concentrated in the shallow 0cm to  5cm top soil layer and had minimal effect on pH at 5cm to 15cm layer. 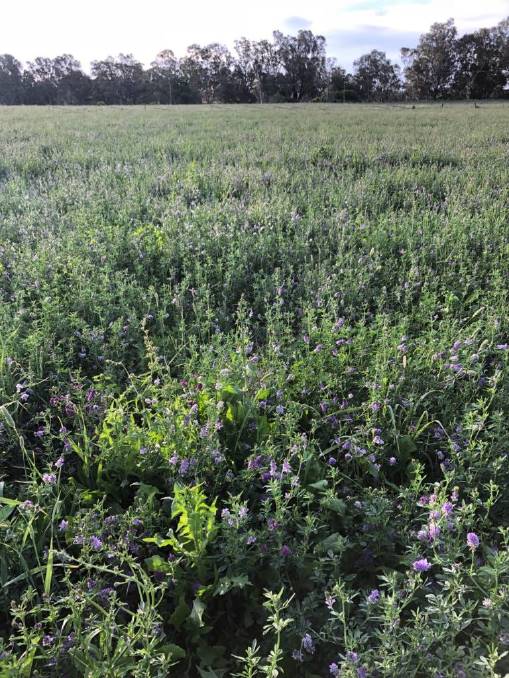 Sub soil testing before this lucerne stand was established detected no subsoil constraints likely to impact on its success.

Helen Burns stresses that lime moves slowly into layers below incorporation depth and thorough lime incorporation will hasten its reaction and increase depth of its effect.

Although many producers are reluctant to cultivate, recent studies indicate that well-planned, strategic cultivation will cause minimal harm to soil structure.

A study by Maurie Street and colleagues also found cases where soil acidity was more severe in the 10cm to 30cm layer than the top 0cm to 10cm soil layer.

This is often the situation in both limed and non-limed soils.

What lays within and beneath the top 5cm to 10cm soil layer, especially in relation to pH and likely associated aluminium and also sometimes as well manganese toxicity, is important for crop and pasture type choice, as well as variety selection within a crop or pasture type.

Clearly these studies show the need for more extensive use of deep soil testing via layer analysis.

Cost in time and dollars is higher, but where carefully undertaken can be kept to a minimum and with big returns in respect to better yields via better lime application management and variety choice.

Next week: Good land management definitions needs to be science based.