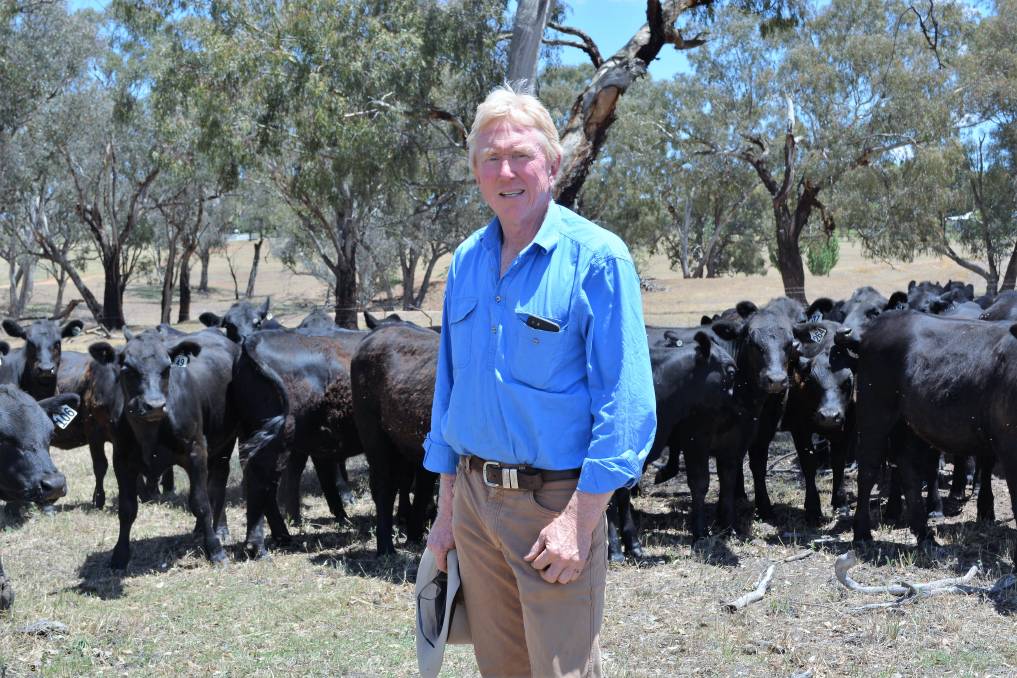 When Malcolm Sinclair bought a property near Greenethorpe in Central West NSW in the drought of 2003 he wanted to develop a sustainable mixed farming enterprise using his previous financial and rural experience.

When Malcolm Sinclair bought a property near Greenethorpe in Central West NSW in the drought of 2003 he wanted to develop a sustainable mixed farming enterprise using his previous financial and rural experience.

As the Sydney-based head of equities at Citigroup, his working life revolved around people, research, statistics and sound market information.

After finishing school in Sydney Mr Sinclair deferred university studies to jackaroo under Hugh Lydiard on Coonong Merino stud in the Riverina, then worked for AACo on Goonoo Goonoo station near Tamworth and in Queensland before Mr Lydiard appointed him overseer at Egelabra stud at Warren in the late 1970s.

In the early 1980s he headed back to Sydney as a mature age student at Kuring-ai College of Advanced Education (now part of the the University of Technology) where he completed an economics and accounting degree.

He and his wife, Prue, who grew up on Morella, a family farm in the Walgett district, always planned to return to the country and took the first step towards that goal by buying Yamalla, an 800-hectare farm at Greenethorpe near Cowra.

They were fortunate to get the services of David McKillop who had previously worked with Prue’s parents, Harry and Pam Powell.

Mr McKillop is in charge of the day-to-day management and development of the mixed farming business.

Due to family and work commitments in Sydney the Sinclairs didn’t permanently move to the farm until 2008.

Mr Sinclair chose Angus cattle because of the premiums they attract in the saleyards and the high-quality statistical database that backed the breed’s estimated breeding values (EBVs). Angus also offered the medium-framed cattle Mr Sinclair wanted to breed.

The Sinclairs normally join 700 Angus breeders a year with the steers turned off at 12 to 14 months weighing 420 to 450 kilograms.

Bulls are sourced from Rennylea Angus near Holbrook because they fit with his breeding program along with the Corrigan family’s ongoing valuable advice and top after-sales service.

Selection is based both on visual assessment to ensure bulls are structurally correct with good feet and a tight EBVs formula focused on meat quality (intramuscular fat, eye muscle area and 400-day growth), calving ease, mature cow weight and temperament.

Malcolm Sinclair targets his steers at the premium long-fed feedlot market and has established a good relationship with the Hart family’s Kerwee feedlot on Queensland’s Darling Downs.

He is now happy with the amount of feedback Kerwee provides about the performance of his steers including growth rates and marbling, rib fat measurements and health issues compared with the feedlot’s average.

But he said a serious lack of feedback has been an industry-wide and annoying issue when he started breeding cattle in 2003.

Meaningful feedback from feedlots and processors was essential so producers could continually fine tune their breeding programs to deliver exactly what the market wanted (and be properly rewarded in return).

Mr Sinclair has brought a hard-nosed business approach from his investment banking career to his Angus breeding program and overall farm management at Greenethorpe.

He has zero tolerance to cows that fail to get in calf or raise a calf and also aggressively culls older females for structural soundness.

The result is a relatively young, highly fertile and productive breeding herd.