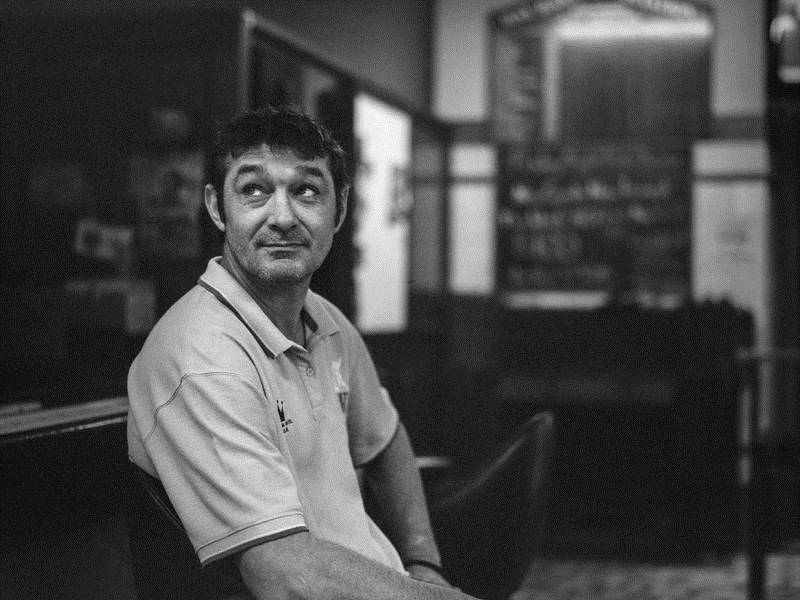 Hay bartender Shannon Windle says drought will have a lasting impact on his town.

Smaller farming communities across NSW are shrinking in the face of economic and social headwinds but those who remain fear the current drought is accelerating the decline.

Between 2006 and 2011 the Riverina-Murray population increased by 18,000 people overall, according to the census.

But a closer look at migration data reveals smaller towns lost thousands to regional centres such as Wagga Wagga and Albury.

Thousands more left the area entirely, most often for Sydney and Victoria.

Government population projections suggest that by 2036 most of these shires will be significantly smaller - and more elderly. 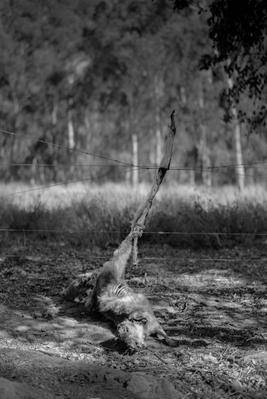 Shannon Windle will pour beers to fewer locals in a dimly-lit pub on the main street of Hay.

The town is expected to shrink by 25 per cent over two decades.

"It's rough for the community with the drought the way it is," he told AAP.

"People aren't buying as much so it's hard on the shops."

It's not a dramatic and rapid exodus, Windle says, but you can't miss the empty shops or overgrown lawns of unoccupied homes.

"It's clear there are not a lot of new people moving in," he said.

It's been two centuries since Europeans swept up the Murrumbidgee and Murray rivers remaking the landscape with ploughs and confronting traditional owners with rifles.

But many of the state's historic colonial towns appear to have reached a high-water mark.

New technology like GPS-controlled machinery, which allows skeleton staff to manage massive farms, is one factor.

Windle recently worked on one property which had just 12 permanent staff , plus contracted musterers and fencers, to oversee 330,000 hectares.

The decline of smaller towns isn't solely attributable to new technology, however.

Over the past few years, a statewide drought has hurt the Riverina's primary producers.

The "big dry" became headline news in 2018 with footage of prime ministers in dusty paddocks and starving sheep dominating bulletins.

In recent days there's been a mass fish kill on the Murrumbidgee at Redbank Weir some 100 kilometres west of Hay.

Life on Barellan's main street is quietly ticking along: there's a grand old pub with a single truckie at the bar; a general store; a well-ordered local history museum.

Lifelong resident Jean Inglis has a cup of tea in the museum's back room with friend Sharon Halden.

The yellow and green patchwork of canola and grain fields around town can be deceptive, they say.

"The canola crops look marvellous, all that yellow, but there's not so much seed in it," Inglis tells AAP.

Many locals drive trucks or process crops during the harvest but there hasn't been enough casual work this season.

"Some farmers have two or three farms - that's how it goes," she said.

"But the other two they bought out are gone. That's taking a farming family out."

Inglis, who has lived in Barellan for 60 years, watched her ageing friends move to Wagga to be closer to doctors.

Barellan youngsters, too, head to bigger towns and cities for university education and jobs.

Smaller towns face a vicious cycle - it's hard to justify expensive services for small populations yet the lack of services forces more people to leave.

Inglis argues infrastructure spending in the country can be like rain. "Nothing falls this side of the mountains," she said.

The distance to services can exacerbate social problems for those who can't leave. 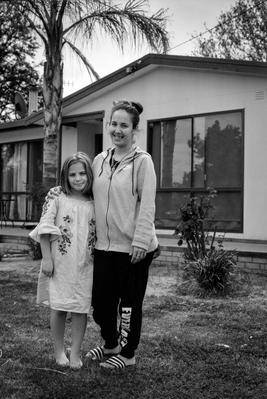 "It's getting more isolated than ever, there's nothing to do for young people - they just get on drugs," Darlington Point mother Karissa Undy told AAP.

Undy stands in her front yard running a hand through her daughter's hair. She knows how hard it can be to battle methamphetamine - a popular drug in many regional towns.

For her, the drug was an escape, after her young son died.

"I didn't want to be in reality at that time," she said.

Undy and her partner tried to escape the bad memories and habits by moving to Sydney but returned to the Point after learning the wait for public housing in the city can be up to a decade.

With only one bus each day to and from nearby Griffith and its support services, Undy beat ice almost entirely on her own. 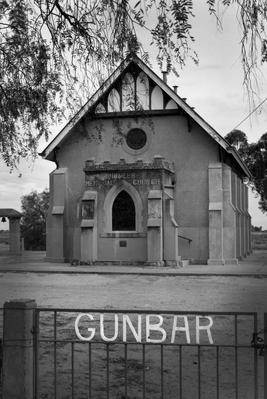 A stone church rises out of desiccated weeds and a tin community hall bakes in the sun. But there's no town centre, there's no main street.

Gunbar survived as a village for just one generation after Brenda Blain was accidentally burnt to death at a campfire in the late 1880s.

Her death and her husband's reported description of her looking like a "black stump" may have given rise to the phrase now used to denote a point where established settlement ends.

Many residents of NSW's smaller towns now fear that emptiness.