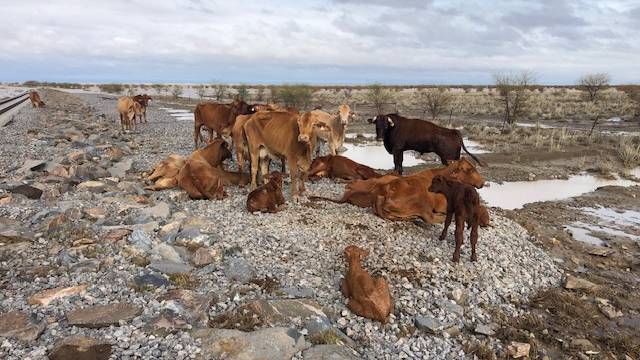 Stock losses of 50 to 60 per cent and more were being estimated across a large portion of north west Queensland. Warning: graphic content contained in this story.

Stock losses of 50 to 60 per cent and more were being estimated across a large portion of north west Queensland this morning as graziers got their first access to the watery bombshell that hit earlier this week.

That will total up to thousands of head dead in one of the worst natural disasters seen in the region.

Winton stock and station agent and grazier, Tom Brodie, said it was a common belief that any places on the open downs black soil country would fare the worst.

He estimated he would have losses of around 10pc on his country to the north of Winton, which he described as the “better end of things”, with 325mm of rain.

“We did everything we could for our cattle, worrying that a big wet probably would come along, feeding them up, and we still had losses,” he said.

He believed it was exposure that had killed his cattle, rather than bogging.

Further north, Anthony and Rachael Anderson at Eddington, west of Julia Creek, said they’d been able to see half their property from a chopper yesterday, and estimated a loss of 50pc from what they could see.

Robert Chaplain, from Wynberg Station, east of Cloncurry, who spoke with Premier Annastacia Palaszczuk in town on Thursday, said he hoped Labor, the LNP and the Greens would put their differences aside to work collaboratively to deal with the flood’s fallout.

“It's not going to be a quick rebuild, it will take time,” he said.

Each property has different circumstances. There's such large losses – some properties are talking 100pc losses.

“We stepped out of drought seven days ago into a natural disaster.

“And there's infrastructure, some places are totally underwater.”

The full extent wouldn’t be known for weeks, as graziers prioritise keeping their surviving animals alive.

“People have spent a lot of money to feed their cattle for years.

“They’re 20 to 40pc stocked as it is, and to lose half of that will be terrible.

“A lot of understanding is going to be needed from financiers.”

It was a similar message from Winton Shire Council mayor, Gavin Baskett, who said a number of suggestions had been made during a hook-up with Prime Minister, Scott Morrison on Friday morning.

“He was asking what they could do to help now.

“Up north where choppers are going everywhere they need avgas.

“People here are telling me they want machinery to help bury their cattle, and people need to talk to banks about ongoing rural debt.”

He said most people he’d spoken to didn’t have an immediate need for hay. Many had some stockpiled in sheds and they had a need to get it out in paddocks. 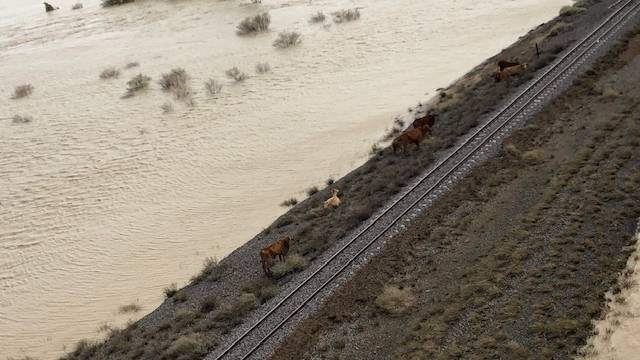 Cloncurry mayor, Greg Campbell, who had just finished assessing losses on his own property, said the hay coming in from south and east would supplement local supplies in coming days.

“Our shed for example, could feed one hundred head for a day, so to feed 50,000 head will need a lot flown in.”

His scenario, of hay at a shed and a tractor in a workshop five kilometres away, and the ground too wet to move it, was a common one, he said.

Cr Campbell said he would like to see all the major banks put a freeze on interest calculations.

“That would mean something to these people. They might still have debt but they wouldn’t be accruing any more if the banks did this.

“It would be a show of support and would restore some of their credibility.”

Related: Supply runs delayed due to no fuel in Julia Creek