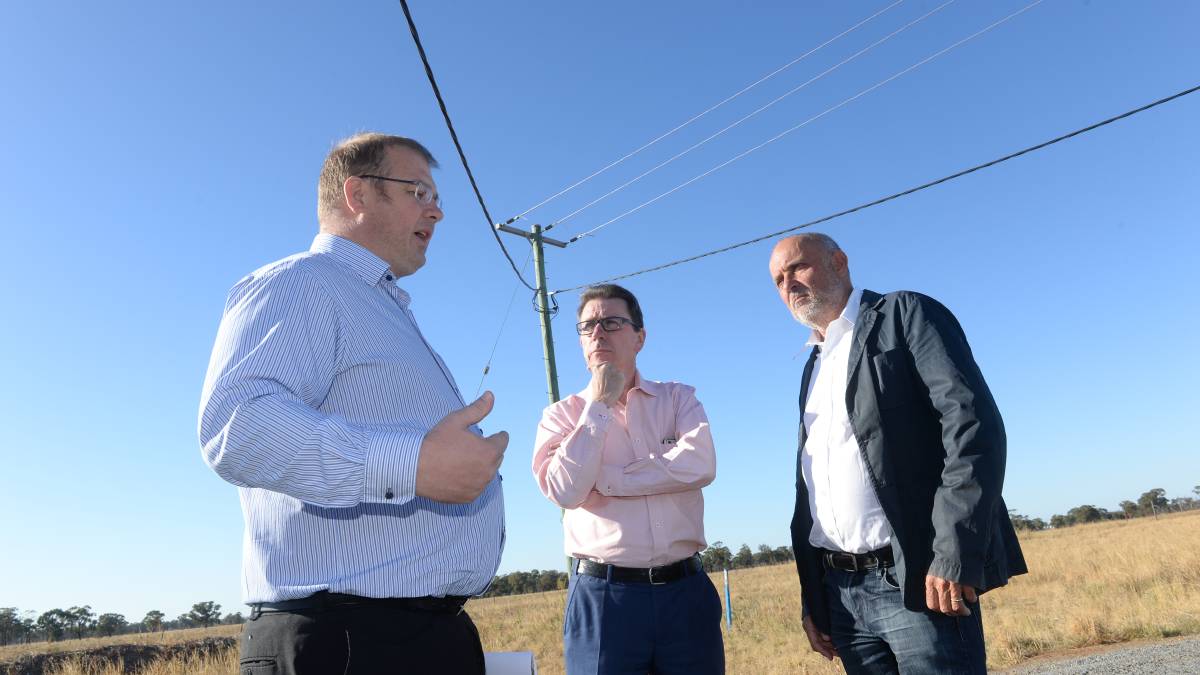 Project has potential to be copied, empowering regional Australian towns.

LOCKHART'S bid to become Australia's first town powered 100 per cent by renewable energy is gaining the attention of regional politicians, but finding the going tough in Canberra's corridors of power, and in Macquarie St.

The Australian Renewable Energy Agency seems to be frustrating the proponents' efforts to gain seed funding for the project that would entirely power the town and have battery storage, enabling it to sell energy to the national grid and generate profits.

The ability to sell power would offer the town a competitive edge, being able to reduce electricity prices to customers within its own microgrid.

Deputy Prime Minister Michael McCormack has said he's behind the project, NSW Country Mayor's Association president Katrina Humphries reckons it could usher in a new era of empowerment for local government, and Lockhart council just wants the go ahead, after taking the proposal to two public meetings and gaining support of its townspeople. 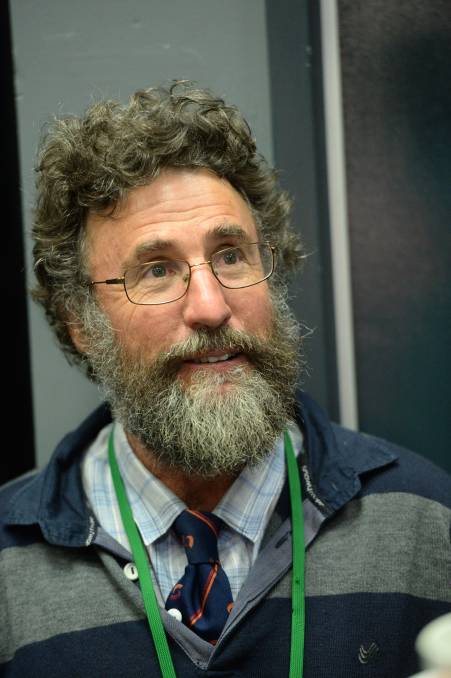 On Thursday Independent Wagga Wagga MP Joe McGirr toured the town and was briefed by council and the commercial proponent Gordon Hinds of Better Energy Technology.

"It seems ARENA is happy to give multi-million dollar corporations massive handouts, but a transformational project like Lockhart has it creating any excuse not to fund it, or to delay the process for so long we'll just walk away," said Mr Hinds.

The proposal still stands before ARENA.

Just hours after the tour Dr McGirr said he was very impressed with the project and it "ticks a lot of boxes and appears sensible and sustainable". 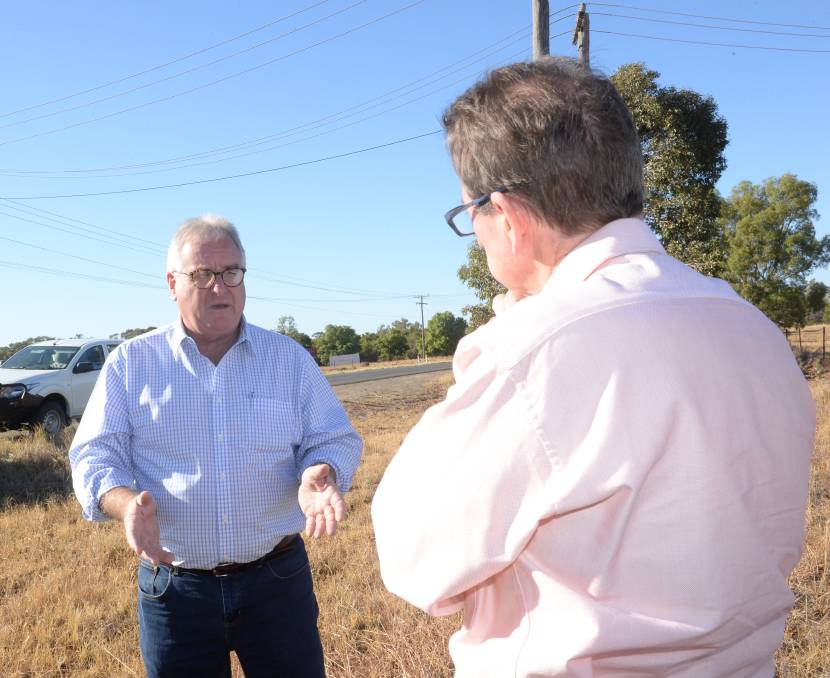 "It makes a lot of sense, I mean how good would it be for Lockhart to have cut-price electricity for electric cars? Council is looking at that, they're progressive," he said.

"I really think we're at a tipping point for electric vehicles here in Australia in the next 10 years and this council knows that and they're looking at how to capitalise on it."

Council is currently undergoing a redesign of Lockhart's central business district and electric car charging stations are part of the design.

Dr McGirr said the difference between success and failure in regional towns is often strong leadership and "I really think that is why council is so important, if people can feel a link to the decisions made then that is harnessing a community's power.

"If the people are close to economic decisions that are growing the town then they feel a part of," said Dr McGirr. 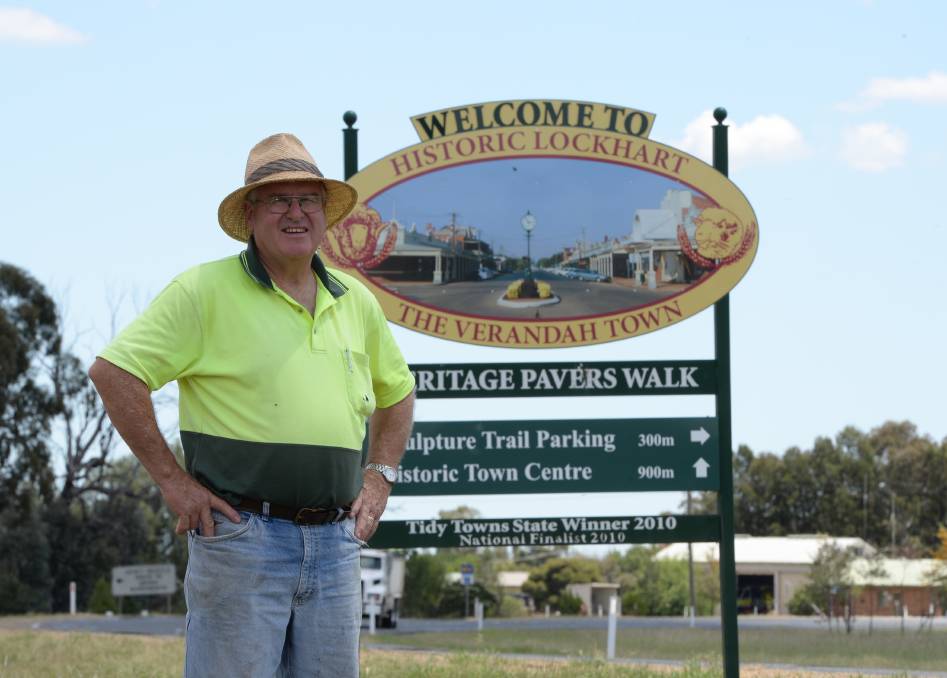 Lockhart Mayor Rodger Schirmer says because of the methane burner, the project will produce power 24 hours a day, not just during the daytime.

He said council had mentioned the project to him at the time of the byelection that brought him to power (September last year),

This is a project that creates good baseload power 24 hours a day. - Lockhart Mayor Rodger Schirmer.

"What's difficult to understand about this project is where the agencies (ARENA and the Clean Energy Finance Corporation) sit on this project.

"They seem reticent and that puzzles me - I wonder whether that reflects an ambivalence at the federal level toward the project and renewable energy in general.

“I think that attitude can then filter down through the bureaucracy."

"I don't  understand it. This is a project that creates good baseload power 24 hours a day," he said, referring to the methane burner complemented by solar panels that will power the project.

"We're not talking about blanketing the country with solar panels that go to sleep at night, exactly when we have power spikes, this is baseload power."

And he said electricity being injected into the grid at Lockhart would make electricity at the further reaches of the grid more stable, reducing blackouts and brownouts.

The market is moving on - the cost of electricity is driving people to look at alternatives. - Joe McGirr

Mr Schirmer said he felt there was an opportunity to create an entire industry in the Lockhart Shire, removing green waste from capital cities, which pay people to take it away.

That waste could then be feedstock for a waste-to-energy generator, one much larger than that proposed for Lockhart currently.

It is just another manner in which regional towns can service the capital cities.

Dr McGirr said the state government had announced a $30-million renewable energy program, but there seemed to be no detail, "there seems to be a lack of focus".

In Lockhart, he said, government of all tiers had an opportunity to gain some idea of what is possible and what a future energy market could look like, "it's the perfect spot to try it".

"The market is moving on - the cost of electricity is driving people to look at alternatives."

On Friday NSW Farmers president James Jackson said he supported the concept and the association was right behind proposals to empower regional areas.

Mr Jackson said the association supported the concept of renewable energy and anything that gave regional towns extra impetus was welcome.

Mr Hinds said the ball was in both state and federal governments' court and at the moment they seemed lacklustre in altering the status quo.

"They need to create change and empower the country towns, they need to make them stakeholders in the renewable energy revolution by allowing them to supply electricity to the cities.

Mr Jackson agreed, saying Australia had rocketed from the lowest quartile of the Organisation for Economic Cooperation and Development member countries for electricity costs to the highest.

"We have really got energy policy very wrong in this country.

"We need disruptors in the electricity market," he said.