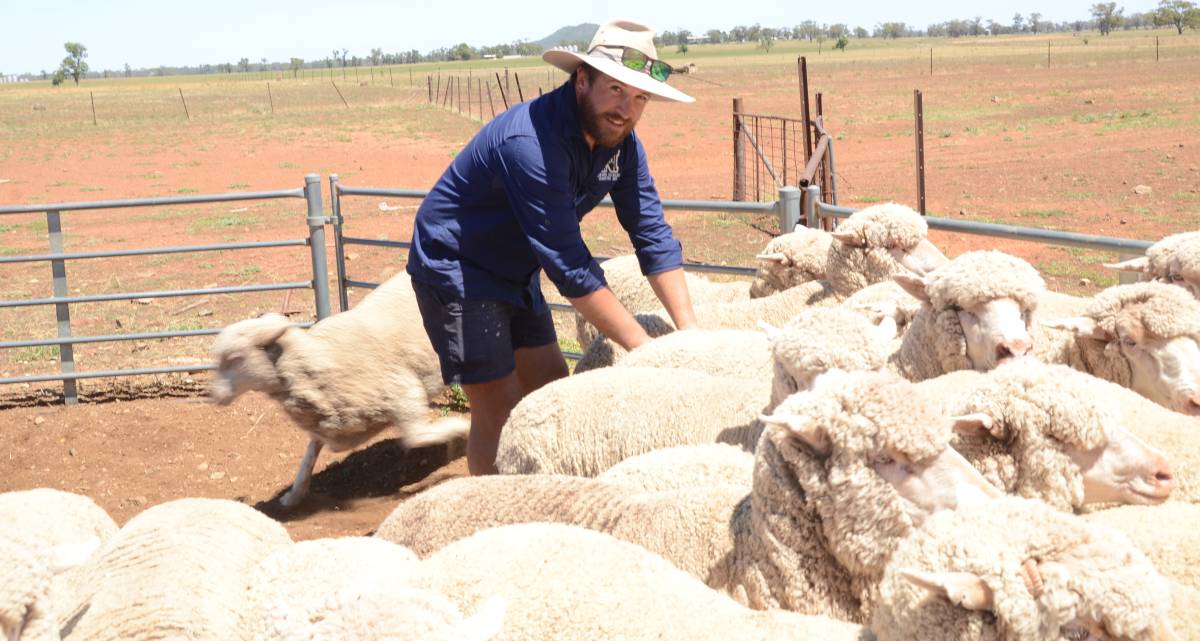 A flock of "true western sheep" were winners of the 26th Ted Little maiden ewe comp. 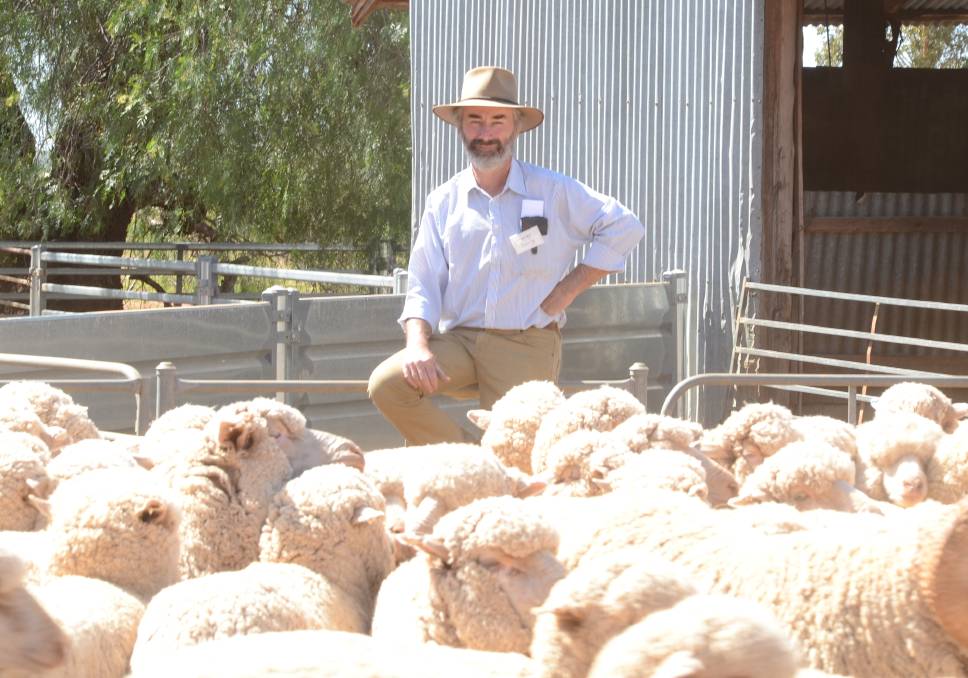 Cranley Gowing of Gowing Partners, Trundle, among his maiden ewes of Darriwel blood displayed at Lowan, Trundle. The flock was runner-up in the competition among five flocks.

The compliment came from returning judge, Rick Baldwin, Bundilla Poll Merino stud, Young, who said the ewes were a credit to breeders James and Elise Nixon, Leewang, Yarrabandai, especially in the disastrous past two years. 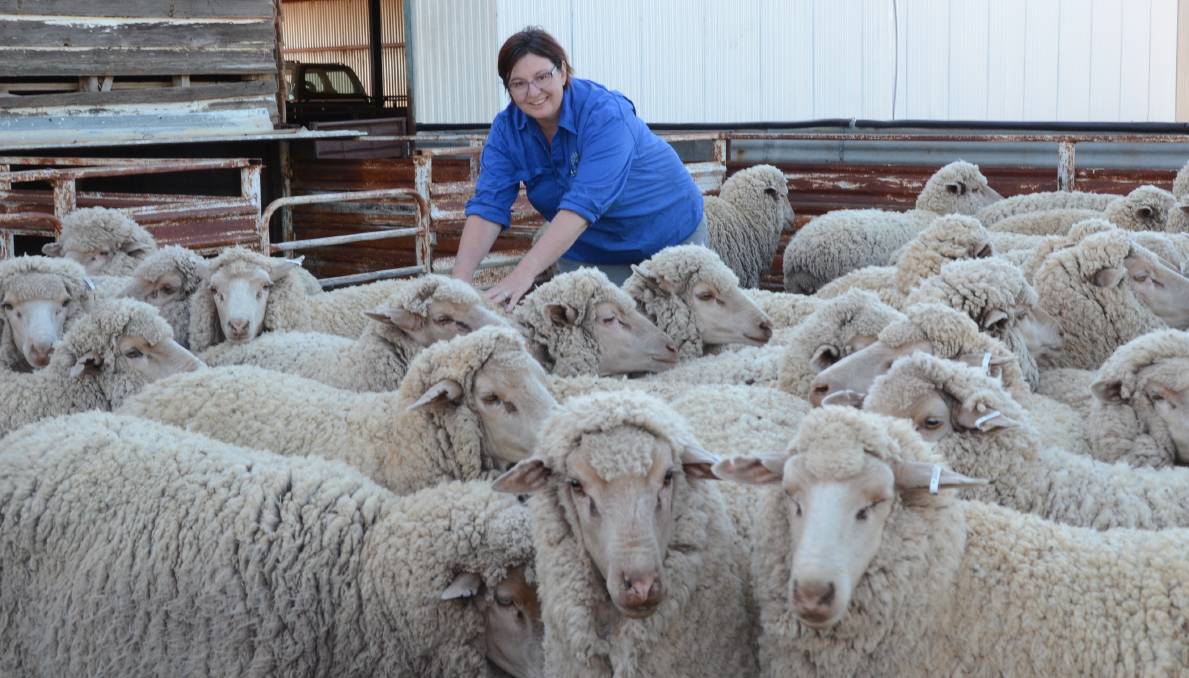 Mr Nixon earlier said that even in these past two dry years he tried to get his younger sheep growing to their full potential from as early as possible while they were young.

"You can let the older ewes alone, but they will come back when seasons change," Mr Nixon said.

"We joined the older ewes last year at only two-score condition and they still scanned 94 per cent.

"Our maidens last year scanned at 99pc in lamb."

Mr Baldwin said really good sheep could be produced in the first 18 months of their lives.

"With Merino breeding, management is 90pc in the first 18 months.

"I think that's the key to a lot of Merino breeding. Look after them in the first 18 months and they will reward you for the rest of their lives."

"They are heavy cutters with nice wool and really good lock or staple structure and tip structure as well. Their feet are also good and they carry width through the hips too, a sign of dual purpose sheep."

After a 32pc classing out by Tom Kirk, Condobolin, 160 head have been kept as replacement breeders within the 500-head self-replacing flock. Adult sheep are growing an average 19.2 micron wool.

Runner-up flock with judges commenting not a great deal between it and the winner, was the Gowing Partner's Lowan flock on the Condobolin Road from Trundle.

The 20 micron flock ewes produced 97pc lambs in 2017 of which 300 maiden ewes were kept after classing out 33pc by Russell Jones, a principal of Darriwell stud, who has supplied rams for an extended period.

This year five flocks supported the competition in the worse dry year experienced for many decades.

A flock from the Tullamore district which returned to the competition after an absence of several years was presented the encouragement award.

Fiona and Bill Aveyard, Westpoint, gained the Grant Nixon Memorial Encouragement Award with maiden ewes from their self-replacing flock of close to 1000 ewes.

The Plevna blood adult flock grow an average 19 to 20 micron wool and 260 maidens were displayed on the day. Classing is carried out by Fiona Aveyard and Allan Clarke of Dubbo.

The memorial award was named to honour the late Gran Nixon, father of James. Mr Nixon, a local Merino stalwart was most successful exhibitor of the Ted Little competition for many years up to his untimely death.

This year a contingent of 40 enthusiasts attended the field day's property tours.