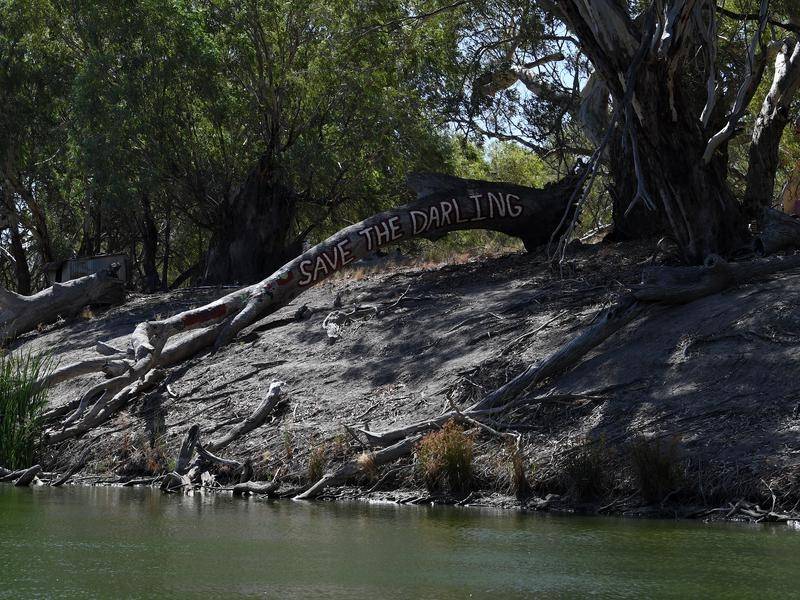 The Darling River and Menindee Lakes are under pressure but irrigators say they're not to blame.

Irrigators along the Barwon-Darling river system in northwest NSW say it's not fair to blame them for recent mass fish deaths.

Irrigators along the Barwon-Darling river system in northwest NSW say it's not fair to blame them for recent mass fish deaths or water shortages downstream because they're also doing it tough.

Ian Cole, a spokesman for water users on the Barwon-Darling, argues northern irrigators have no crops, dry dams and water restrictions.

"We've been blamed for the dead fish and the drought in the river but when you look at historical data you find the river runs dry quite often," Mr Cole told AAP.

Mr Cole, who once managed cotton property Darling Farms, defended the capture of floodplain water by some northern basin irrigators, saying it's "established practice" since the 1960s.

He argues the Murray-Darling Basin Plan is easy to manage during times of flood but becomes a fight between upstream and downstream users during drought.

The Bourke resident admits the plan might need "tweaking" to get the balance of environmental flows right.

An expert panel on Monday handed down a report into three major fish kills at Menindee in far west NSW this summer, finding "serious deficiencies" in governance which "eroded" the Murray-Darling Basin Plan and the Water Act.

Panel chair Professor Craig Moritz said the deaths were an indicator of a river system that's in "crisis" because of insufficient river flows, excess diversions by irrigators and drought.

A recent report by the Wentworth Group of Concerned Scientists was also scathing of the state and federal governments after it found environmental flow targets in the Murray-Darling Basin Plan haven't been monitored.

Report co-author Professor Jamie Pittock said the targets underpin the entire basin plan and a failure to monitor them meant there was no warning about the river's health.

The environmental scientist echoed the concerns of residents in Menindee in the state's far west, who claim the interests of northern irrigators are being put ahead of the health of the river system.

Prof Pittock was scathing of the NSW government's argument that drought was partly to blame for the fish deaths in the Darling River and the lack of water.

"Pointing to the drought is obscuring the real culprit which is mismanagement," Prof Pittock said.

NSW Regional Water Minister Niall Blair admitted there was still a lot of work to be done when it comes to the basin plan.

There is a "no meter, no pump policy" for irrigators in the northern basin and daily extraction limits in place during flood events, he said.