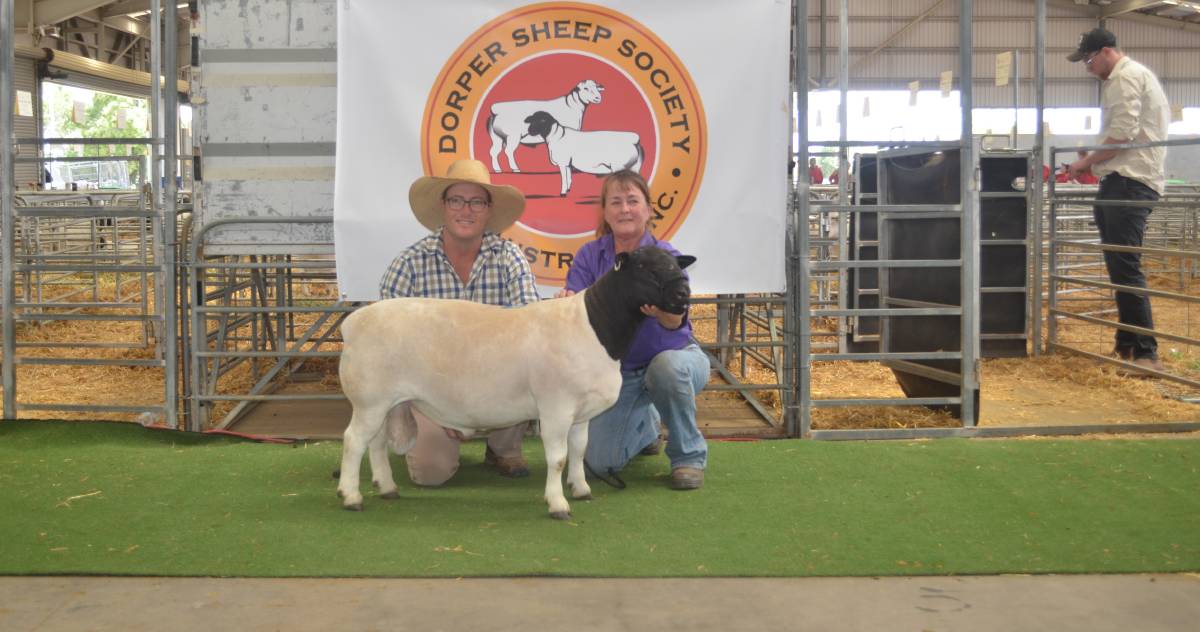 THE Eastern Region Dorper and White Dorper sale was recently held at Dubbo showgrounds to full gallery of bidders.

THE Eastern Region Dorper and White Dorper sale was held at Dubbo showgrounds last week to a full gallery of bidders.

Tuckeroo Stud 170133, a September drop, type four, 87 kilogram ram had a fat score of 6.5 millimetres and an eye muscle depth of millimetres. He was sold to Justin and Lorroi Kirkby from Amarula Dorpers.

Mr Kirkby spotted the ram in the ring during his judging duties and also saw him in online photos.

"We liked the ram and his pedigree has a lot of our bloodline through it," he said.

"Scott and Amanda from Tuckeroo purchased a ram from us at our sale two years ago.

"When we saw this ram come through we thought it was a good opportunity for us to bring our bloodline back in."

Tuckeroo co-principal Amanda Woollam, Limpinwood, was very happy that the Kirkbys made the purchase, who was named reserve senior champion ram of the show.

"The blend of these genetics work perfectly.

"We call him Tuckeroo Tank."

The sale was conducted by Landmark Dubbo with John Settree controlling the bids.