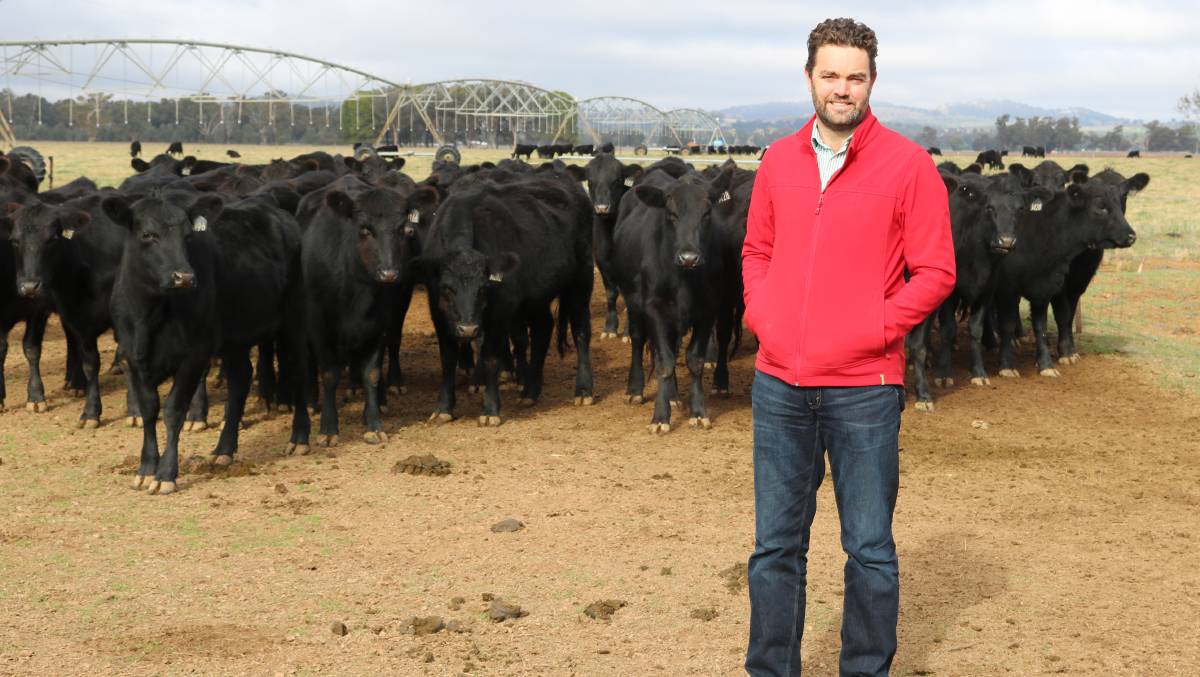 Care should be taken when grazing Canola with cattle

Care should be taken when grazing Canola with cattle, according to lecturer in agronomy at the CSU School of Agricultural and Wine Sciences, Dr Jeff McCormick.

"Depending on the break of season or if there is irrigation there will be the opportunity to sow some Canola crops that could be used for grazing, particularly a true winter type which won't flower until the end of the winter period," Dr McCormick said.

The main concerns around animal health include nitrate toxicity, polioencphomalacia (PEM) and bloat.

"Traditional thinking is to introduce cattle gradually to the crop to allow their rumen microflora time to adjust, but Australian farmers do not tend to have the time to move cattle on and off a paddock over a long adaption period."

There is a lot of anecdotal evidence for cattle deaths, and Dr McCormick said farmers tend to blame nitrate toxicity but often an autopsy by a vet has not been done; bloat can cause death in the same manner as cattle grazing any high quality forage but he said the most interesting cause as diagnosed by vets is PEM and the high sulphur content of Canola crops.

The trial examined four adaption techniques including immediate introduction to the crop and four- and seven-day periods of gradual adjustment.

Dr McCormick said the potential of significant returns from grazing Canola is high if it is manged well, and he introduced the following tips for producers to lift production and alleviate health issues.

"When beef cattle are introduced to the crop there is a period of at least a week where their growth rates are quite low from zero to about half a kilogram per head per day," he said.

"But once their rumen has adjusted we have achieved weight gains of just above two kg per day in our trial."

Dr McCormick said the heifers achieved an average daily weight gain of 1.75kg per day during the period of  the experiment which was five weeks with a minimum of health issues across the four treatments.

"So if you are thinking about grazing your Canola crop you will need a large enough area for the right number of animals to graze it for a period of at least four weeks so that you can catch up on the initial lag phase."

Grazing Canola by cattle can be tricky

Research through the Graham Centre for Agricultural Innovation at Wagga Wagga is providing information for livestock producers to make the most of grazing beef cattle on Canola crops.

Dr Jeff McCormick, lecturer in agronomy at the CSU School of Agricultural and Wine Sciences said if you are considering grazing a Canola crop the stock will need enough time to allow rumen adjustment to make the most of the available nutrition.

"There is no point in grazing the crop for just one or two weeks because you won't see any benefit," Dr McCormick said.

Introducing the cattle to Canola has the potential of health risks but they can be alleviated through some simple actions as advised by Dr McCormick following the success of the trial conducted by CSU honours student John Paulet.

"The occurrence of polioenceomalacia (PEM) appears to be one of the most important health risks, and reducing pre-sowing sulphur fertilzers for grazing crops could help alleviate the risk," Dr McCormick said.

"Ensure cattle are well fed before they go onto the crop as hungry cattle are more prone to health issues."

As cattle eat a large proportion of their daily intake early in the morning, he advised introducing introducing them mid-late morning will reduce risks of cattle gorging themselves.

"Provide hay as this will enable the cattle to substitute hay for Canola in their diet and increase dietary fibre levels," Dr McCormick said.