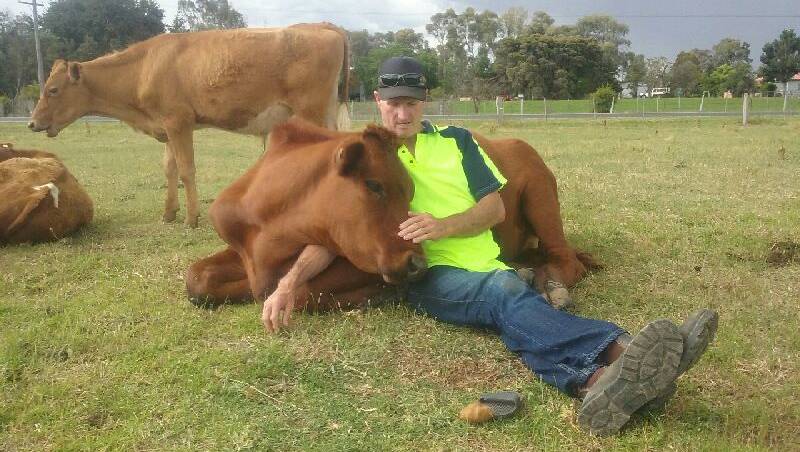 Southern Basin Communities president Wade Northausen is on a mission to change the status quo and upset the 2007 Water Act.

Desperate farmers in the southern basin are getting serious about disrupting the political system.

SOUTHERN Basin Communities president Wade Northausen can appreciate the faith some people of the southern basin place have in the political system.

But he doesn't think it will save them without a severe jolt.

"Without a doubt in the southern basin we have some of the best people in the world growing food and fibre," he says.

"But when it comes to the rough-and-tumble, drag 'em out in the street world of politics they don't stand a chance," he said from his northern Victorian base on Friday afternoon.

"I respect people saying let's pause the plan and review it, but this is a disaster 40 years in the making and these people aren't going to give us time to regroup and state our case.

"They've now got us on our knees getting ready for the kill shot.

"What we are dealing with is psychological and economic warfare."

Mr Northausen reckons no-one can win a fight if they don't understand their opponent.

On Monday night in Echuca the Southern Basin Communities executive committe will rally to discuss tactics to create an impetus for change - those at the meeting will make it clear they want the rule book re-written for the Murray Darling basin and the 2007 Water Act rescinded.

The said the four major parties - the Nats, ALP, Liberals and the Greens - had all failed the people they are supposed to represent.

"They're working for the corporates, not the grassroots," he said.

He said in the firing line as a result were family farming operations, which have been the backbone of agriculture since white settlement.

"Once you turn water into a tradeable commodity you must have accessibility, openness and transparency.

"People have been able to manipulate the water market because you can't see who is doing what.

"We need to know who the beneficiaries of these recent changes are," he said.

Mr Northausen said a state of emergency should be declared in the southern basin and environmental water released to save the most desperate farmers.

The next public meeting of the Southern Basin Communities is slated for April 3 in Renmark, South Australia, and that will be followed by a meeting in Griffith later in the month, then rallies in Melbourne and Canberra.