A new record was set for the sale of a bull in Tasmania at Landfall Angus' on-property auction. 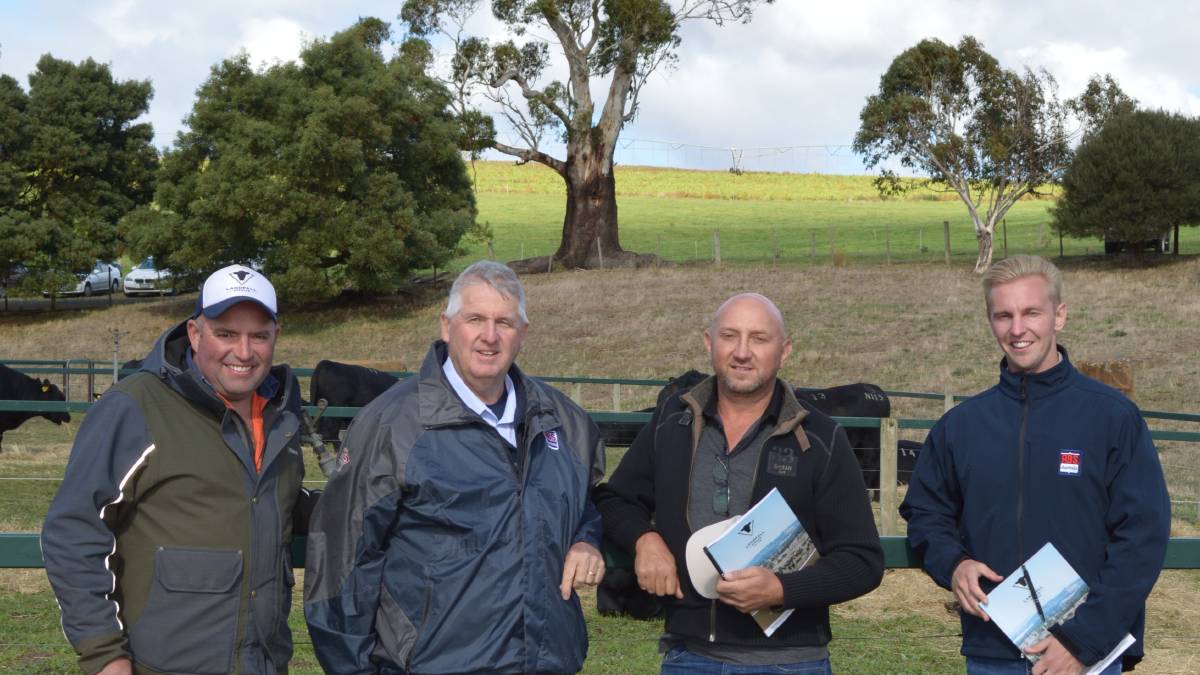 A new record was set for the sale of a bull in Tasmania at Landfall Angus' on-property auction on Monday.

It is the highest price a bull has sold for on record in Tasmania.

Witnessing the sale was an overflowing crowd of local and mainland buyers.

The second top-priced bull made $34,000, also surpassing last year's record, and was purchased by the Blyth brothers, Fernleigh Angus, Elmbank.

A prelude to the main event, on Sunday, selected pregnancy-tested-in-calf females drew strong interest from interstate buyers, with three top-priced females sold for $6500 each, with all headed to the mainland.

"We have been using Landfall genetics for at least five years and like the commercial relevance they place on their breeding program," Mr King said.

The sale was conducted by Roberts Livestock and interfaced with AuctionsPlus.