All the results and pictures of the Angus Feature Show female judging on Sunday. 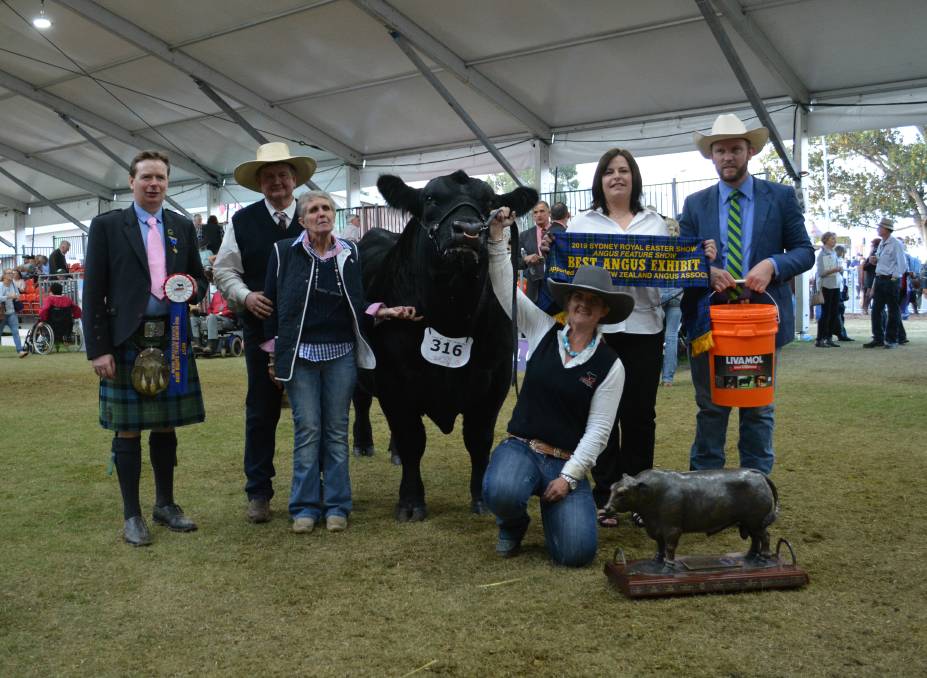 IN WHAT was described as the best showing of Angus cattle in Australia, two Central West studs rose to the top to claim the royal accolades of the Angus feature show.

Judge William McLaren, Perth, Scotland, said it was a hard decision between the females in the line-up for senior champion female but he went fo the younger pair that had calved under two.

"I love the moderate frame of this female and she is smooth, soft and easy fleshing," Mr McLaren said.

"She has a lovely udder under her and she moves well, with a great heifer calf at foot."

Coming out on top was the grand champion bull, Black Diamond 5R Kodiak N411, exhibited by the Pine Creek Angus stud of Cowra, named the supreme exhibit of the Angus feature Show.