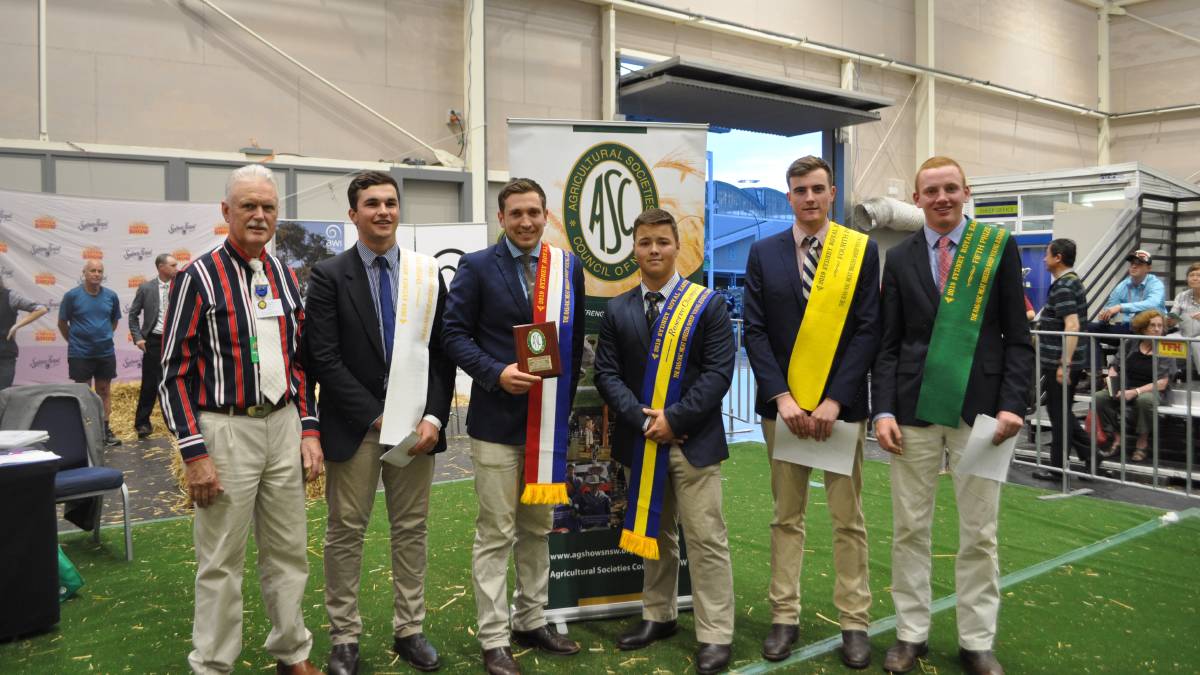 It's been a stellar year at the Sydney Royal Show for Kieran Smith. The 23-year-old won the RAS/ASC meat breed sheep judging and was named reserve champion in the fleece judging.

The University of New England rural studies student from Inverell said he was stoked with the results.

"I got the reserve in meat sheep a couple of years ago so I'm really pleased to have finally cracked the grand champion," Mr Smith said.

The 27 state finalists judged both Corridales and Hampshire Downs in the final round of the competition.

For many, including grand champion Mr Smith, they were breeds they had not encountered before.

"Both breeds I'm not really used to, I've never had anything to do with them particularly, other than just seeing them a shows, but they were really good quality stock and they were good to judge," Mr Smith said.

The reserve grand champion went to Reece Webster from Lindean Suffolks, Bathurst, The 17-year-old has also had his fair share of success at the show, named grand champion handler in the meat sheep.

In third place was Mitchell Rubie from Lachlan Merinos near Forbes, followed by Jerod Blyton from Nimmitabel and Darcy Howard from Bowral came in fifth.

Overjudge and president of the Australian Stud Sheep Breeder's Association, Gavin Wall, said he was a little surprised more girls weren't in the final five, which is based on point scores.

"There were some girls that did a really good job in everything I scored them on, I don't want them to go away and think it's just a male showmanship, it's absolutely not," Mr Wall said.

Mr Wall also said he was particularly impressed with those who made full use of the walking race during their judging.