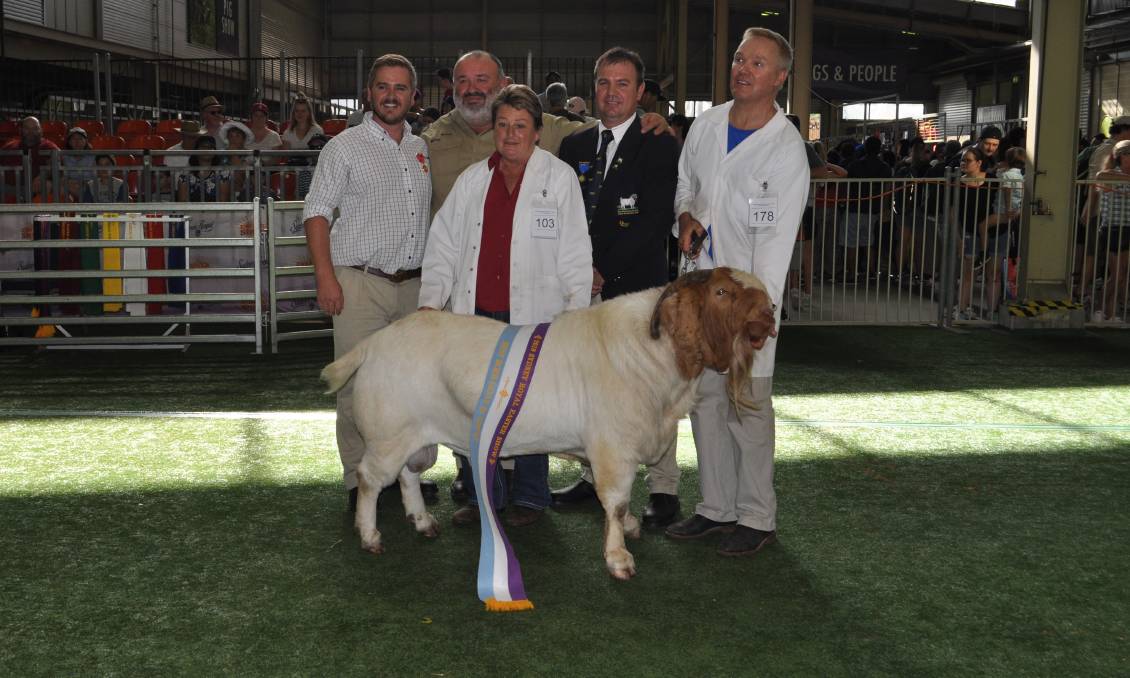 The hulking buck, 36 months and over, captured the attention of the judge for the third year in a row to be crowned Best Boer Goat in Show again.

Such a run of wins is unheard-of in Sydney Royal's Boer goat history.

During the Best in Show judging, a special presentation was made to show stalwart Darrell Bishop, Osory stud, Mudgee, who cleaned up in the dairy goat judging earlier in the show.

Ready about the dairy goat competition.

Mr Bishop has been associated with Sydney Royal Show for 50 years, showing ponies, dairy goats and poultry and instigated the Boer goat competition at the show.