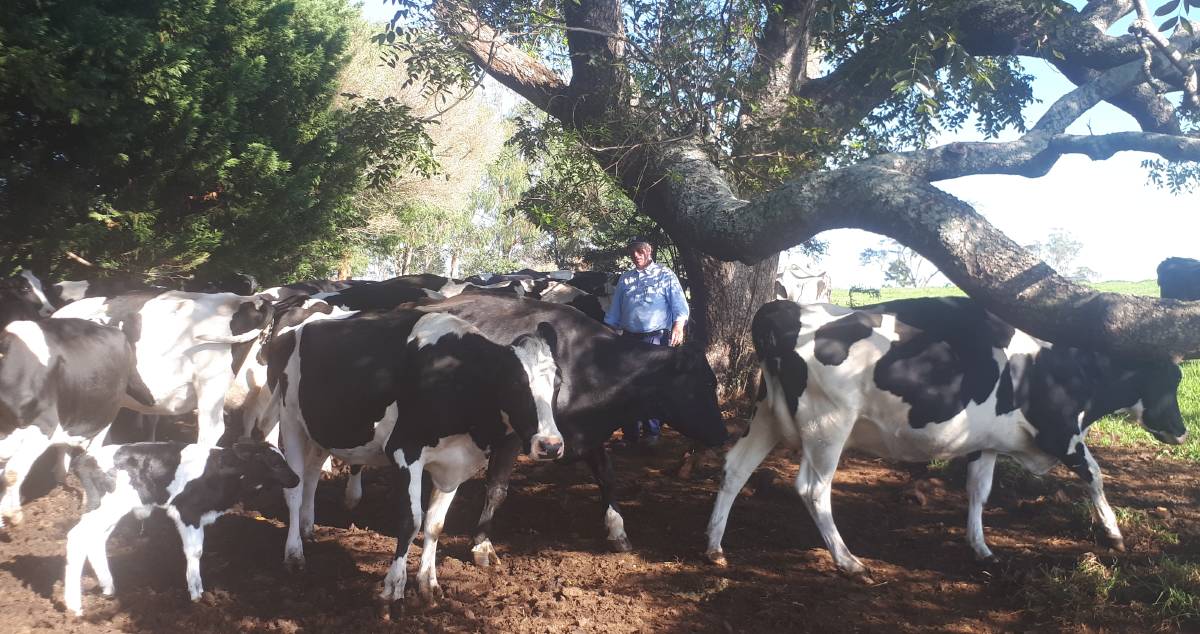 Robert Miller (pictured bottom left) with his cows enjoying the shade of a native red cedar tree. He plants 1000 trees a year on his property to improve bird habitat and enhance the landscape aesthetic.

A tight three cornered contest in Gilmore could go down to the wire, opening the door to promises of real change in the beleaguered dairy industry.

The dairy market is failing and farmers want decisive action from the federal government to fix it. But how to get politicians to commit to serious change?

Producers in the Gilmore electorate, based around NSW's South Coast dairy country, are showing how it's done, leveraging the particularly tight election contest over their electorate for political change.

As the federal election campaign ramps up, many other regional electorates, which face challenges in lack of services, infrastructure and jobs, are demanding similar answers.

Like many farmers in the region, Milton dairy producer Robert Miller is treating this election as the final chance to put his industry back on track before another round of farms are sold.

Local farmers report that thousands of cows have been destocked from the region since drought sent feed prices through the roof. Dozens of landholders have sold out their desirable hinterland real estate to hobby farmers, urban developers and thoroughbred breeders in recent years. 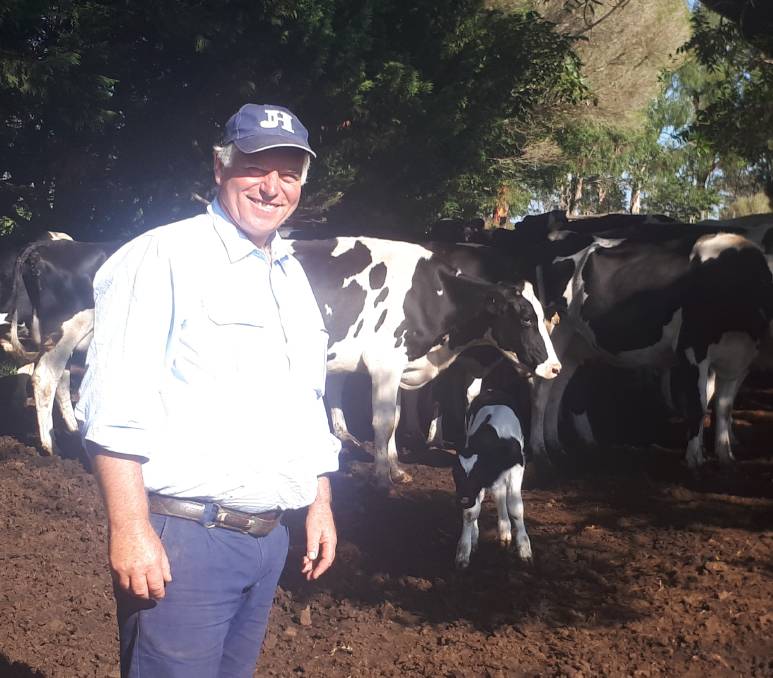 He said if his farm gate price for milk doesn't rise in the next six months he'll look at selling his sought-after hinterland estate.

"Retailers are setting prices so low we have market failure. There are now shortages of milk as farmgate prices are too low and it's uneconomic to produce milk. And prices aren't lifting as the shortage increases," Mr Miller said.

He's angry that one billion litres of milk production across the country has been lost since October last year, when Scott Morrison said he wouldn't pursue any reforms that increase the cost of milk to consumers.

Like many farmers in the district, his top priority is for the appointment of a national dairy commissioner, backed by legislative powers, who would help set bargaining terms between producers and processors, assist farmers in their supply contract negotiations and dispute resolution, and to regularly review the price milk in comparison to the cost of production.

There's a tight contest between a large field of five candidates, including a rivalry between Coalition partners in Nationals Katrina Hodgkinson and Liberal Warren Mundine,.

Dairy producers have gained commitments, from the three most likely candidates, to pursue significant changes to unpick the mess that has swamped the industry since it was deregulated 20 years ago.

It's some of the best milk producing land in the nation spanning from the Shoalhaven River flats south along the fertile hinterland.

It's close to the Sydney market, gets around 1000 millimetres of rain a year, rarely in drought, has good soils and is warm enough to grow grass year-round. 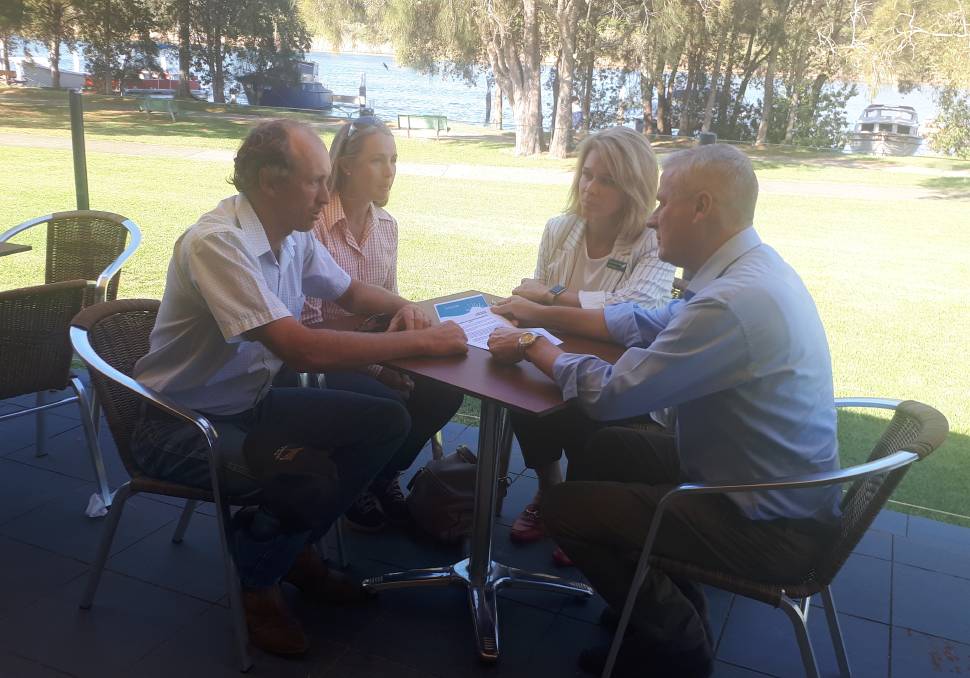 Tim Cochrane and wife Alyssa have a yarn with Katrina Hodgkinson and Michael McCormack at the Sussex Inlet RSL Club.

Terara dairy farmer Tim Cochrane is pushing for the candidates to make commitments to install state and federal dairy commissioners, to enforce sustainable farmgate prices, which he said are needed to ensure producers remain economically viable when there are input price spikes, like feed during drought.

"The supermarket's dollar milk imposed an artificial 12 per cent decline on milk prices to producers," he said.

Several producers raised the importance of dairying to Gilmore's tourism industry, and the beautiful lush pastoral scenes dotted with herds of Holsteins mooching across the landscape.

Labor candidate Fiona Phillips, who went within a whisker of unseating the Liberals at the last election, comes from an old dairy family.

She said it would be "horrific" if dairying was lost to the Shoalhaven and pledged to push for a dairy commissioner and to ensure the policy of Labor agriculture spokesman Joel Fitzgibbon, to introduce a "fair price" through a milk floor price. 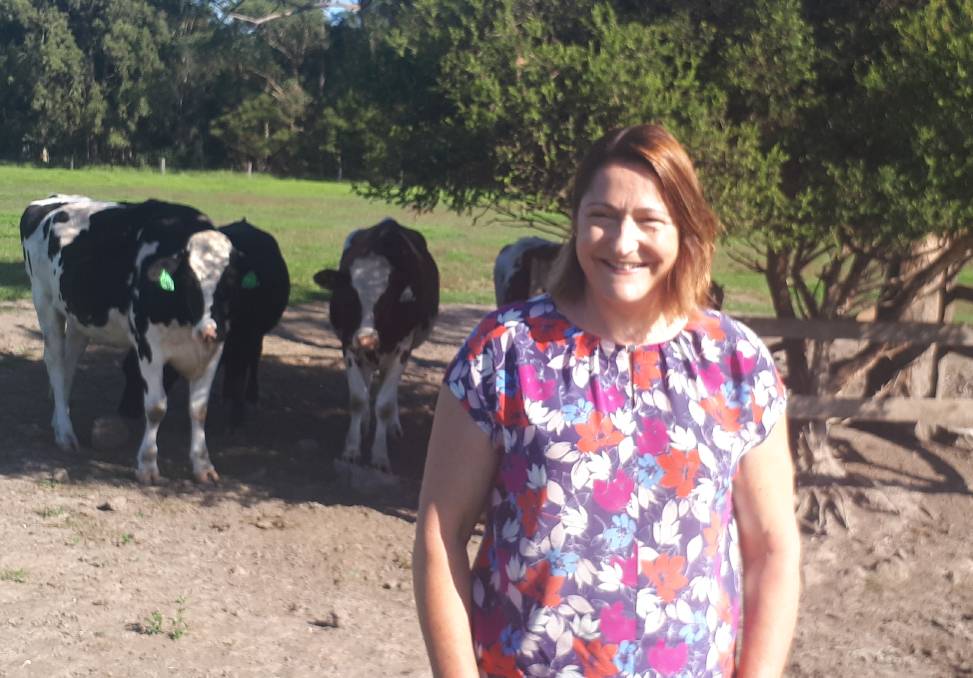 Labor candidate Fiona Phillips on her brother's dairy farm. She was beaten by just 1500 votes in 2016.

Nationals candidate Katrina Hodgkinson, a former NSW Primary Industry Minister, moved to Gilmore when she retired from state parliament in 2017.

Ms Hodgkinson said a powerful national commissioner "would be my priority" and cited her track record in helping create a small business commissioner in NSW.

"I've called for a dairy advocate, and it's under active consideration by the Agriculture Minister," she said.

Well-connected in party circles, Ms Hodgkinson had the Deputy Prime Minister visit the electorate on the Easter weekend, gaining a commitment to pursue yet more reform. Former Labor party national president Warren Mundine ousted the incumbent Liberal candidate when he was parachuted into the seat by PM Scott Morrison earlier this year.

He said a national dairy commissioner would be a good start, and in doing so completed the trio of prominent candidates who are committed to push their respective future government to significant reform.

"When you look back over the history of the deregulation of the dairy market... it hasn't had the desired results," Mr Mundine said. 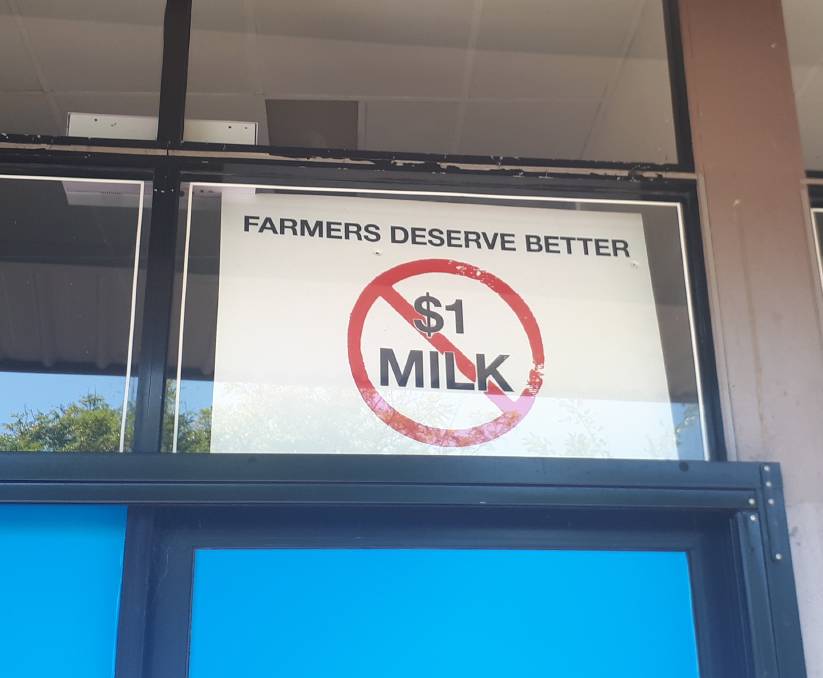 A poster on Warren Mundine's campaign office in Nowra.

A self-described free-marketeer, he acknowledged that the dairy market had failed - exacerbated by bad decisions by producers and processors, coupled with high input prices exacerbated by drought, have created "a real mess".

"We can't pretend the market will correct itself, there has to be some intervention to get it back to a sustainable position," Mr Mundine said.