A huge number of people turned out for ANZAC Day celebrations in Dubbo. 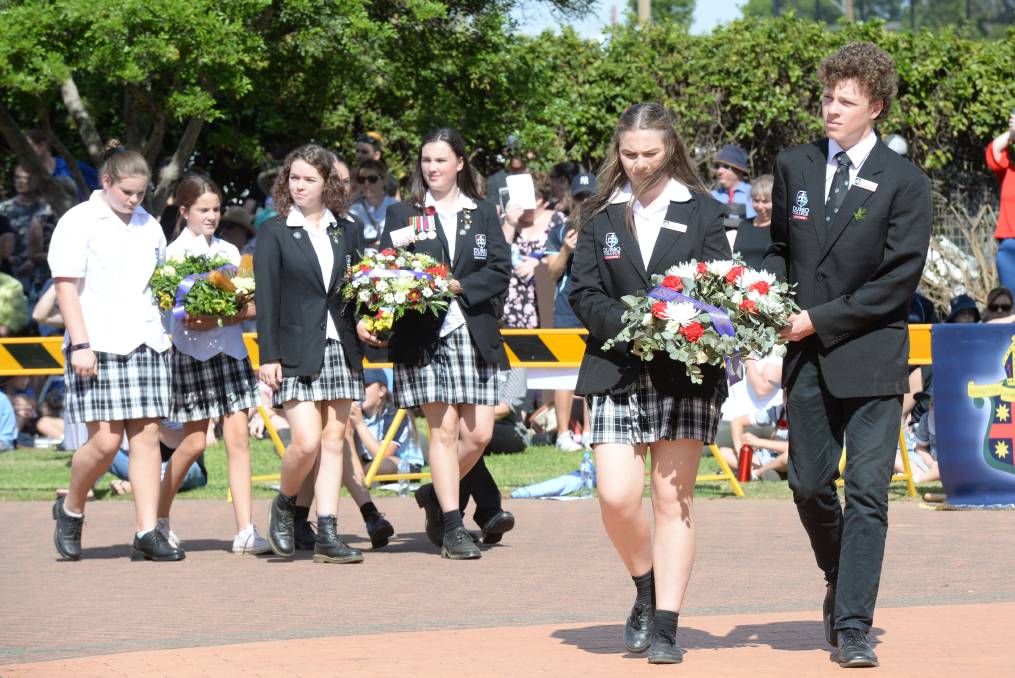 +38
A photo gallery by The Land's Rachael Webb

A STRONG Dubbo crowd heard about the "ordinary, decent Australians" who defended their freedom as the sun rose on Anzac Day.

This year's Anzac Day marks the 104th anniversary of the Anzacs landing at Gallipoli during World War I.

Dubbo RSL Sub-Branch president Tom Gray said there was an "unbelievable" number of people who were at the Victoria Park cenotaph for the dawn service.

During his speech to the assembled crowd, Mr Gray said Anzac Day, and the services, were firstly about remembering.

"Remembering those ordinary, decent Australians. Remembering the debt that we owe to the generation that came before us," he said.

It was also about remembering our war veterans.

Finally, it was about remembering our bond with New Zealand.

For the first time, the service included both the Australian and New Zealand national anthems, which were lead by Dubbo's Sing Australia choir. Both flags were also present.

"There can be no notion of Anzac, no notion of the Anzac spirit without New Zealand. [Anzac Day] is a good time to remember the values we share with New Zealand, a family stronger than any little tiff we might have about rugby or racehorses," Mr Gray said.

The Sub-Branch president paid his respects to those who had established the Anzac spirit.

"They all understood the values of independence, freedom, fairness and mateship, and above all possessed a willingness to defend those things if need be because freedom only survives as long as people are willing to defend it," Mr Gray said.

"That is the spirit Anzac has handed down to us. If we lose that Anzac spirit we lose all. That is why [on Anzac Day] we honour not the war but the spirit of the human soul."

Mr Gray also acknowledged and thanked those who had fought in Afghanistan. He said Australia's longest serving war had ended not with victory or defeat but hope that the country is more safe for its people.