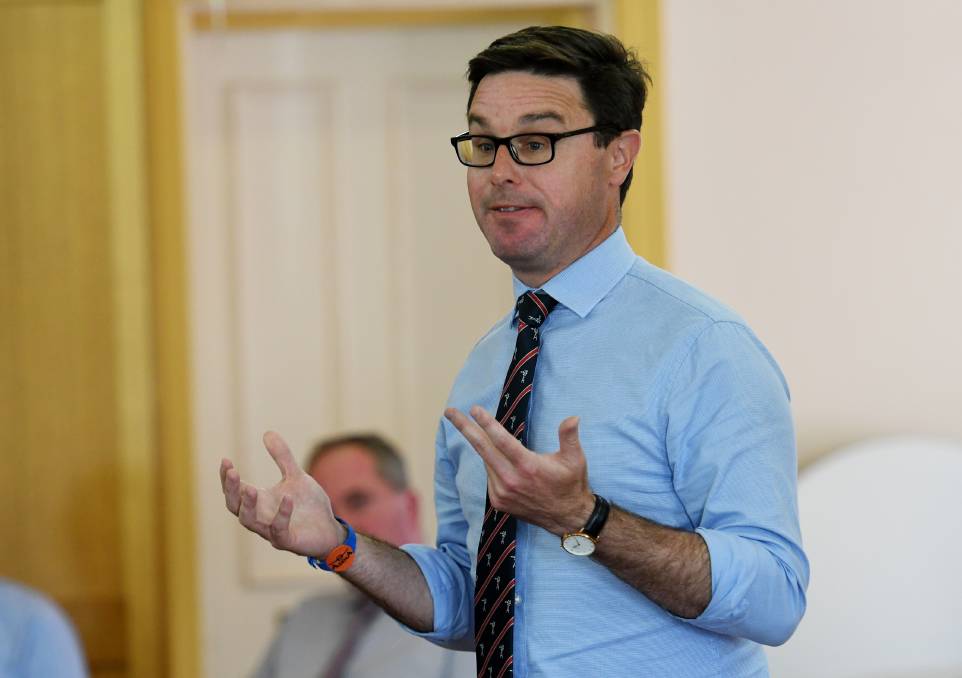 No incentives, but 'encouragement' to take on crop insurance, says David Littleproud.

THE federal government has again ruled out subsidising farmers who take out Multi-Peril Insurance.

Agriculture and Water Minister David Littleproud told the community at a drought forum in Tamworth last week, he had to "draw a line in the sand" on the issue.

Former New England MP Tony Windsor asked Mr Littleproud if he would consider subsidising farmers, or at least encourage them, to take on Multi-Peril Insurance (MPI), as a way of mitigating the impacts of climate change events.

"My family are farmers, we use Multi-Peril Insurance as a risk tool," Mr Windsor said.

Mr Littleproud said while he was supportive of MPI, the government could not subsidise it.

"We've just been through a royal commission and some of those financial organisations didn't exactly cover themselves in glory.

"I'm going to look you in the eye and say, we're not going to subsidise Multi-Peril Insurance. I'd rather tell you the truth to your face then fly in here and tell you what you want to hear.

"I'm happy to support the process and encourage more people, just like we need to encourage people into farm management."

Mr Windsor suggested the government could provide some form of incentive or reward for those who "adopt best management practices, both financially and agronomically".

"The government could play a role by saying to people 'if you go down this pathway, we'll assist you'," Mr Windsor said.

"We seem to shunning the climate change debate and not address anything that could really mitigate against it." Mr Littleproud also field questions about drought-relief packages for small to medium businesses.